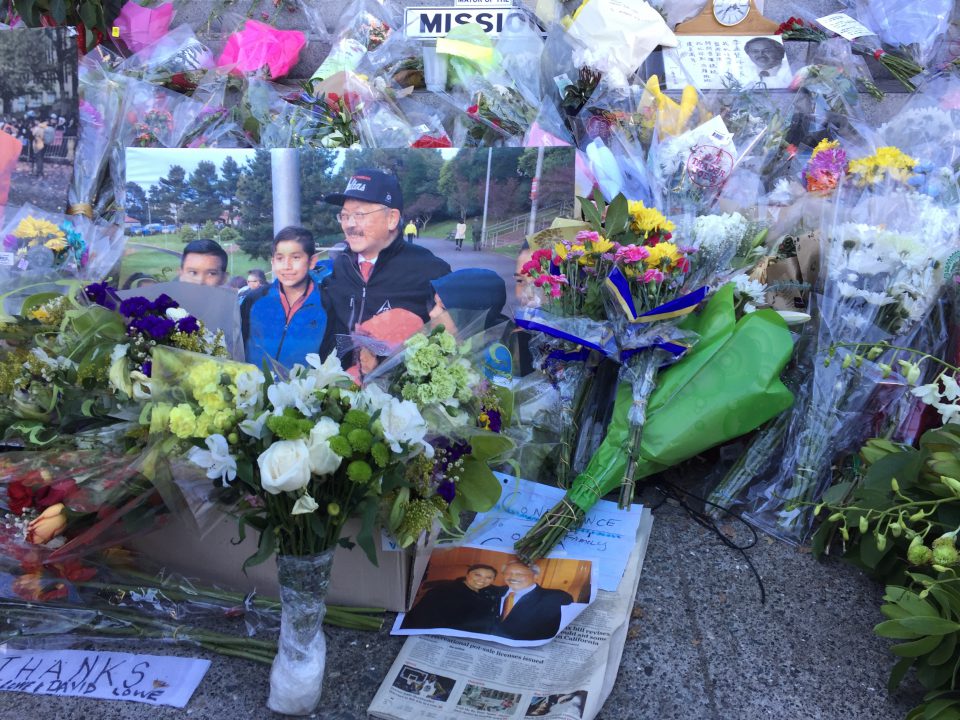 My annual year in review story follows the tragic December 12 death of San Francisco Mayor Ed Lee. Having written last week about Lee’s historic legacy, this story instead focuses on the year’s political events. I will write about post-Lee San Francisco politics once 2018 begins.

2017 was a unique year in San Francisco politics because it did not include an election. With supervisors unable to put initiatives on the November ballot, the Board had a very productive legislative year.

Overall,  2017 was a year in which the mayor’s office, supervisors and activists can all take pride. Here’s why.

The Year of the YIMBY

2017 will go down in history as the year of the YIMBY. It was the first year that pro-housing activists dominated the policy debate locally, in California, and across the nation. In San Francisco, this effort was led by Mayor Lee, the SF YIMBY Party, and longtime pro-housing groups like SF Housing Action Coalition (SFHAC).

In 2017, San Francisco more than doubled its historic housing production. New affordable units also skyrocketed. And when Mayor Lee announced that 5000 new units would now be the new norm (rather than the under 2000 that was the past thirty year average), there was no public opposition to this goal.

2017 saw the passage of HOME-SF, which will bring new housing to the city’s Westside. D4 Supervisor Katy Tang joined with Mayor Lee in securing Board support to enact HOME-SF, encouraging new housing in a part of San Francisco that had successfully resisted it since being downzoned in the 1980’s.

True, it took a draconian housing crisis for San Franciscans to finally accept that the city had to build a lot more housing to meet rising jobs and population.  No longer could people credibly argue that the city’s affordability crisis was not linked to a lack of supply.

At the state level, San Francisco’s State Senator Scott Wiener performed the political miracle of getting Governor Brown to support funding affordable housing by coming up with an “as of right” bill that Brown could accept (SB 35). Wiener was backed in this effort by strong grassroots support, leadership from big city mayors like Ed Lee and LA’s Eric Garcetti, and backing from reporters like Liam Dillon of the Los Angeles Times, Conor Dougherty of the New York Times, Roland Li of the SF Business Times, Lilia Luciano of Sacramento’s ABC-TV and those from other media outlets.

Wiener’s San Francisco Assembly ally David Chiu played a key role in getting Brown to agree to overturn a court ruling that restricted inclusionary housing laws. That’s another measure that seemed dead only one year ago.

That YIMBY’s dominated the 2017 policy debate was further demonstrated by the exposure of single-family home zoning as a strategy for class and racial exclusion. This key YIMBY theme was given weight by  Richard Rothstein’s The Color of Law, which documented how government allies with homeowner associations to create single family zoned districts that keep racial minorities out.

Even the mortgage interest deduction came under attack. Unfortunately for progressive housing advocates, the Republican tax bill cutting the deduction from $1 million to $750,000 shifted the cost savings to the wealthy and corporations rather than to affordable housing.

One year ago we were bemoaning California’s failure to address affordable housing. Today, the state is becoming a national leader with San Francisco and Los Angeles—two cities long hostile to new development—leading the way.

Led by the remarkably productive Aaron Peskin (who when not helping tenants also focused on the leaning Millennial Tower), the Board of Supervisors unanimously enacted a critical clarification of the city’s SRO Hotel Conversion Ordinance (HCO).  While rentals to tourists for less than a month were always illegal under the law, proving violations was difficult because owners could always say that the person renting by the week “said” they intended to be permanent residents.

This was not a problem prior to online booking, as it was too difficult to market weeklies to tourists. But that changed in recent years, and technological change required the law to expressly ban rentals from less than a month. The law has achieved remarkable compliance, bringing hundreds if not over 1000 SRO units back on the residential market.

That’s called adding affordable housing at no cost to the city.

San Francisco also strengthened the law regulation owner move in evictions. No longer can owners pay off tenants and then not move in as their notice stated. New supervisor Jeff Sheehy played a key role in the measure’s unanimous Board passage, with his support keeping wavering votes in line.

San Francisco also passed new inclusionary housing rules. I know that this seems to occur every few years but this time the deal worked out by Supervisors Peskin and Jane Kim and Mayor Lee’s office seems like it will be in place for a while. Many pro-housing activists see the keeping of a 25% requirement for the Mission as stopping housing in that community. But there is a lot of market rate housing in the pipeline there, and moving forward requires compromise.

San Francisco homelessness slightly declined in 2017. Some see this as a sign of success given large jumps in other cities, particularly Seattle and Los Angeles.

I saw 2017 as raising two troubling red flags over San Francisco’s approach to reducing homelessness for two reasons. First, despite the city’s official “Housing First” policy, budget allocations increasingly show a “Shelter First” agenda. This is the wrong prioritization of homeless funds. “Navigation Centers” are shelters. They are not exits from homelessness. While only 25% of Nav Center placements get housing, with most returning to the streets, retention rates for those placed in SROs is over 90%.

I often hear that the city can fund both Nav Centers and housing. Yet supportive housing groups continue to be financially shortchanged. The organization I head brought 244 SRO units on line for homeless single adults in 2017 but we will bring 0 units on line in 2018—that’s because the city has plenty of money for shelters and “services” but won’t provide the funding to enable us to staff more hotels.

The second red flag is the lack of geographic equity in the distribution of homeless services.  Some supervisors oppose any services in their district and want all routed to the Tenderloin and 6th Street. That’s supposedly where the “homeless people are,” as if there are no homeless in other city neighborhoods.

But if that were true, the media would not constantly be writing about homelessness. After all, the police tolerate levels of drug dealing in both neighborhoods that would be unacceptable elsewhere; yet rarely does the local media write about drug dealing as a city problem.

Thanks to the leadership of Jane Kim, City College enrollment is up and tuition is free. Thanks to strong advocacy from the GLBT community, cannabis clubs will be moving forward. I asked in October “Why is Liberal SF Blocking Cannabis” and am glad to report that it no longer is.

London Breed led an effort for safe injection sites that included the real and meaningful community input missing from the city’s approach to homeless services. The opening of sites has been delayed by the failure of enabling state legislation but at least San Francisco is prepared.

New bike lanes were approved in 2017 but the city still has problems with implementation (Golden Gate and Market being perhaps the worst example). San Francisco’s execution of bike lanes and pedestrian safety measures in 2017 continued to fall short; the Tenderloin should not have had to wait over ten years for the implementation of two-way streets on Eddy and Ellis (which is still not implemented).

This concludes part one of the year in review. See Part 2: Why Mid-Market and Tenderloin Progress Stalled