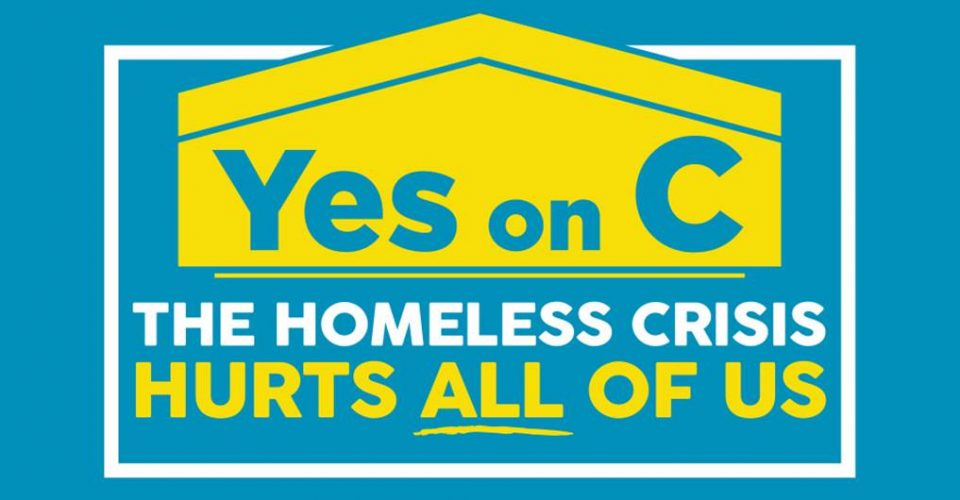 Prop C Won: It’s Time to Get to Work

There is no reason for San Francisco to delay implementing Prop C, which raises $300 million annually for homeless housing services.

The reason given for a delay, a very dubious legal challenge, ignores the reality of how San Francisco implements new homeless programs. They do not happen overnight.

Consider Prop C’s plan to add 1000 new shelter beds. San Francisco currently lacks sites for these shelters. It will take months to find sites and then longer for the community process that the city effectively requires prior to approval.

This means that if there were no legal challenge to Prop C it would still likely take at least until January 2020 (and likely longer) for these new shelters with a total of 1000 beds to open. That’s why the city must begin the process now.

Realize that voter support of funding to address homelessness does not necessarily translate into neighborhood acceptance of shelters or housing to implement this support. Los Angeles learned this lesson well.

Unfortunately, these funding measures did not bring quick results. Just last week a citizens committee urged Mayor Garcetti to declare a state of “emergency” to ensure at least 1000 units for homeless persons are completed in the next two years. Rising construction costs and delays in approvals have already slashed the original 10,000 unit estimate that Prop HHH’s passage was supposed to achieve.

It takes time to build any housing but particularly affordable units, where nonprofit groups often must leverage local funds with tax credits and state and federal dollars. San Francisco recently passed laws fast tracking affordable housing but no new housing funded by Prop C will come on line until 2023—and that assumes an application is filed with the Planning Department this year.

Why delay finding homeless housing sites when the approval process alone will be at least two years?

I wouldn’t bet on that.

We can get the process going by finding a site for a Westside Navigation Center that will ultimately be funded by Prop C.  It’s well past time for the Westside to take on its fair share. The city must also begin investigating the feasibility for shelter use of its many underutilized publicly owned sites in other neighborhoods, a process which I believe began well before Prop C.

I often hear that districts lacking homeless services do not have feasible sites. But when the city wants to place a site in the Tenderloin, it greatly expands the definition of what’s “feasible.” That’s how an office building for the SF Fire Department became a shelter for homeless families on Golden Gate Avenue. It didn’t matter how much it cost to add bathrooms, kitchens etc, the city wanted the site. Every district has available parking lots or vacant commercial structures that could be transformed into shelters—whether they are used for these purposes is a question of political will.

Mental health and substance abuse services were a key part of Prop C. Expanding services often requires building renovations, as occurred when the city expanded medical respite beds on Mission Street. Or it can require transforming entire facilities for use as mental health services.

It takes time to find these sites and/or create building plans for expansion. There is no reason for delay.

It also takes a long time to bring master leased housing on board, which is a critical funding feature of Prop C.

Contrary to popular mythology, there is no glut of vacant SRO hotels whose owners are just waiting to be approached by the city for leasing. I know the SRO market better than anyone. The city’s large SROs have already been leased and expanding supply requires a city shift toward using smaller SROs for step-up housing. Step-up housing creates better housing options for formerly homeless residents of supportive housing, whose vacated units become available to people leaving Navigation Centers.

Mayor Breed made step-up housing the centerpiece of her campaign platform on housing homeless persons but the city’s Director of Homelessness opposes using SRO’s as step-up housing (which may explain why the current city budget allocates no funds for leasing SROs for step-up housing). If the city’s plans to house a lot more people in master leased SRO’s is going to work, city officials better get started now in identifying buildings.

Notwithstanding lawsuits, San Francisco must begin implementing Prop C. There is too much work that must be done before Prop C’s new revenue kicks in to accept further delay.

Randy Shaw is Editor of Beyond Chron. His new book on the urban housing crisis, Generation Priced Out: Who Gets to Live in the New Urban America, is now available.