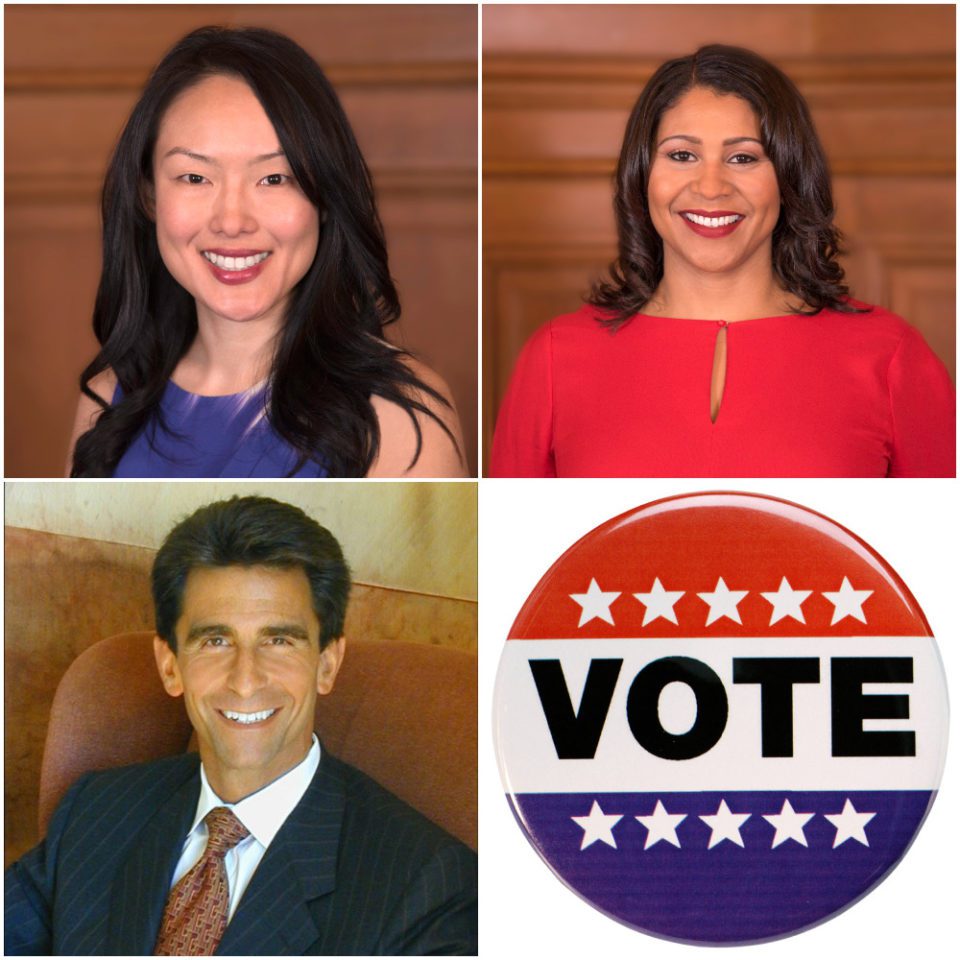 Whose Message Will Voters Support?

It’s a week before Election Day and the three leading candidates’ sharply disagree over the issues defining the race. I’ve followed San Francisco mayor’s races since 1979 and never before have the top candidates and their supporters so widely disagreed on the fundamental meaning of the election .

Here is what the leading candidates want the race to be about, and how this is resonating with voters.

Mark Leno was running for mayor prior to Ed Lee’s death and his campaign was all about Change. Leno’s message still identifies him as the candidate of Change, and his campaign continues to highlight this element in Leno  becoming the city’s first gay mayor—-still a rarity in urban America.

But unable to run against the Lee Administration and faced with a challenge from a more fitting candidate for Change in Jane Kim, Leno’s campaign messaging has largely shifted. He has instead sought to to define this election around his opposition to Super PACS and to City Hall being run by “billionaires.”

It’s been a tough sell. As the SF Chronicle’s Matier & Ross pointed out on May 27 (“SF’s Salesforce Tower opening showed strange bedfellows of tech and politics,” Leno’s messaging comes up against his own support from Super PACS. wealthy donors like Clint Reilly, and longtime political insiders.

Leno’s own history of establishment politics—-appointed to the Board by Willie Brown, he backed Brown over Ammiano in 1999, Newsom over Gonzalez in 2003, and Wiener over Kim in 2016—also goes against his rebranding as  a true “reformer.”

I do not see San Francisco voters as defining the mayor’s race as a way to attack big money in politics. Most voters understand that raising money from wealthy donors is part of the entry fee to actually win a big city mayor’s race. I cannot think of any mayor who has won without it.

Leno’s long history in the city combined with  a projected low turnout skewed to older voters still gives him a solid chance to win. But if he loses it will be because his message about what the race was about was not shared by enough voters.

Jane Kim is the true Change candidate. Her campaign reminds me of the 2003 Matt Gonzalez campaign with two key differences: Gonzalez made far greater inroads on the Westside and he had lacked the high negatives that polls show voters associating with Kim (negatives primariily generated by the slew of anti-Kim mailers in her 2016 State Senate race).

If San Francisco’s June 2018 mayor’s race were primarily defined by voters’ thirst for Change, Kim would have a strong chance to win. But polls show an electorate that wants change but also likes the policies of the late Mayor Lee (who got 68% approval in a spring mayor’s race poll).

Kim’s focus on change risks not attracting enough moderate voters for her to win. This remains her chief obstacle to victory.

Kim and Leno can only win by securing most of the other’s second choice votes. But as I have described, polls (taken prior to Leno and Kim officially teaming up) have not yet proven this to be the case. Breed is seen both as the second choice of Kim voters wanting a woman and the second choice of moderate gay voters whose first choice is Leno.

Prior to her ouster as Acting Mayor, I wrote that London Breed lacked the citywide name recognition to win a race against Mark Leno.

This all changed when Breed was ousted due to the Supervisors’ claiming she was a tool of “rich white men.” Her replacement with a rich, white man from the tech industry solidified the sense of anger over her ouster.

I saw then, and still see, the circumstances of Breed’s removal as defining the 2018 San Francisco mayor’s race. It taps into voters’ larger concerns with the nation’s ongoing mistreatment of African Americans, the #MeToo and #Timesup movements targeting discrimination against women, and the GOP’s war on the poor.

I see London Breed’s life story as defining this election. She is an African American woman who grew up in dire poverty in public housing. Raised by her grandmother, her sister died of a drug overdose and her brother in in jail.

I think a lot of voters hear Breed’s story and cannot believe she is in a position to be elected mayor of a world-class city like San Francisco. They don’t care that she has wealthy donors because they know she lacks the personal resources to fund campaigns herself. Voters favoring change see electing someone from Breed’s background as defining real change, as   African American women growing up in poverty simply do not become mayors of big, non-black majority cities.

London Breed has had five months to extinguish the good will she earned from her ouster as Acting Mayor. And with a week to go she has yet to do so.

Local and national media coverage of this election have struck an almost universal theme: that the policy differences between the three leading candidates are more smoke than fire. This has outraged some progressives,  who see a “tale of two cities” difference between Leno and Kim on the one hand and Breed on the other.

I understand why some progressives see such differences, as Kim and Breed have voted differently since 2013 on a number of measures. But the average voter is hard pressed to identify these differing votes. None has emerged as a decisive reason to vote for either candidate for mayor.

There is no major piece of legislation whose future passage has been tied to the outcome of the mayor’s race. No major funding program, no key appointment, and no critical policy has been put forth that clearly distinguishes Leno and Kim’s stance on the one hand and Breed’s position on the other in most voters’ minds.

This is not 1987,  when the Agnos-Molinari race divided voters over downtown vs. neighborhoods and a split over rent control on vacant apartments. Nobody disputed what the contest was about.

Nor is it 2003, when Matt Gonzalez offered a radically different future for San Francisco than that proposed by Gavin Newsom.

It is not even 2011, when Mayor Lee ran to become the first elected Chinese-American mayor and as a booster of the tech economy; voters who opposed the Mid-Market/Tenderloin tax deal and other support for tech had their own candidate in John Avalos.

Leno and Kim backers have had five months to bring measures before the Board that would have highlighted the differences between them and London Breed. Why did this not happen if such vast differences exist?

Further, when Leno has attacked Breed’s record—as in a mailing on her alleged “inaction” on homelessness—it requires voters to wrongly believe that she rather than the mayor is chiefly responsible for homelessness. Further,  Leno has not lifted a finger or said a word to support Prop D, which would bring the biggest cash infusion to combat homelessness in city history, while Breed has actively campaigned for the measure’s passage.

The San Francisco mayor’s race has become a big picture election. And that helps London Breed most of all.