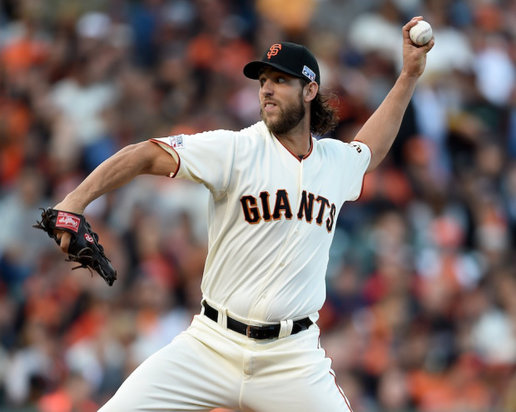 When Pablo Sandoval caught the third out making the Giants World Series champs, my first thought was “We are all so blessed to be San Francisco Giants fans.” Our team won its third World Series in five years with a lineup lacking Matt Cain, Angel Pagan and Marco Scutaro. We won with a starting pitching staff with a non-Bumgarner era of over 9.00.

The Giants also won despite playing Game 7 on the road. No team had done that since the 1979 Pirates, with the home team then going on to win the next eleven  World Series Game 7’s.

I listened to Sandy Koufax beating the Twins in the 7th game of the 1965 World Series on two days rest. But Koufax didn’t have to pitch a wild card game, a divisional series and a league championship round prior to facing the Twins.

Madison Bumgarner gave us the greatest World Series performance in modern baseball history. Not to downplay Christy Mathewson’s success in 1905, but he played in a deadball era with few homeruns.

The only performance in post-season baseball history that comes close to Bumgarner’s was in 1999 when starter Pedro Martinez entered a tie game in the third inning and went on  to pitch six innings of hitless relief as the Red Sox beat the Indians. But that was only the first playoff round, not a World Series

On October 9, I described Bruce Bochy as a magician. He proved it again last night.

Everyone I was with was yelling for Bochy to remove Tim Hudson at the first sign of trouble—and he did. I think the single greatest feeling of relief I felt in the entire Series was when Hudson was out of the game with the Giants still tied.

Everyone wanted him to bring in Jeremy Affeldt—and he did.

We then wanted him to bring him Bumgarner—he did. And tell me how many other managers would have stuck with Bumgarner into the 9th instead of following tradition and bringing in the closer. Jordan Zimmerman of the Nationals had to be wondering how far his team might have gone had his manager not pulled him in the 9th inning of Game 2 of their series with the Giants (the 18 inning game).

When Bumgarner took the mound, I assumed he would go three innings. The Royals probably also assumed that they would get a chance to catch up against the Giants bullpen once Mad Bum was done.

But Bumgarner got stronger with each passing inning. And it became clear that he was going to pitch through the 8th, and even the 9th—-and that the Royals had no answer.

On the night after the Game 6 debacle, I was impressed how most KNBR callers acknowledged this was the weakest of the three Giants Series teams. Lincecum was at the top of his game in 2010, as was Cain; now were trying to win with the well traveled Peavy, the 39-year old Hudson, and a past his prime Vogelsong.

The rest of baseball has to be marveling how the Giants did it. The last eleven home teams won game 7. 8 of 10 teams that returned home down 3-2 ended up winning. Our 7th game starter, Tim Hudson, had one playoff win in 13 starts.

This is a victory for all Giants throughout history, from Juan Marichal and Willie McCovey to the valiant warriors who came up a game short in 2002.

Those who say that San Francisco has changed, and has lost it soul, should have gotten a good look at Civic Center Park last night. A multi-racial, multi-ethnic, economically diverse crowd experienced a sense of togetherness that some thought no longer possible.

Thanks to Parks Director Phil Ginsburg for putting together another great public event in Civic Center Park. And now we will have a World Series parade on Halloween, a perfect ending to a bewitching season.

As I said, Giants fans are blessed.