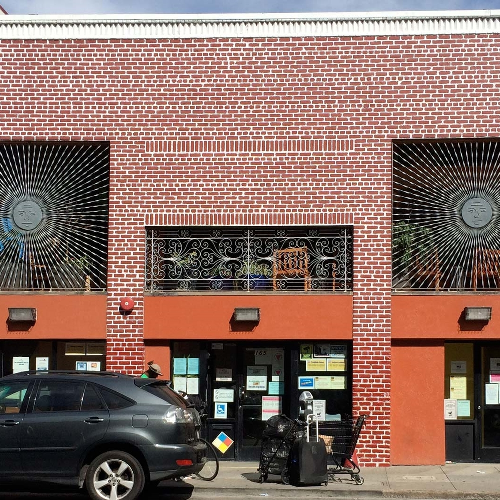 While the Tenderloin neighborhood is up in arms over the Department of Homelessness’ (DHSH) plans for a 24-hour homeless drop-in center at 440 Turk, opening the program in the wrong place is just part of the problem. Equally troubling is the city spending millions of dollars for upscale SOMA office space for DHSH employees when it already contracted to buy a Tenderloin building to house them.

San Francisco should prioritize funding housing or shelter to get homeless persons off the street; DHSH’s costly and ill-conceived plan does neither.

On April 13, Mayor Lee convened a meeting with roughly 75 homeless service providers, activists and city officials. Supervisors Jane Kim and Hillary Ronen were there, as were aides to Mark Farrell and London Breed. Other aides may have been there as well, reflecting the meeting’s importance. Jeff Kositsky, head of the Department of Homelessness and Supportive Housing (DHSH), sat next to the mayor.

The mayor called the meeting to get input on the city’s homeless funding priorities for the 2017-18 budget. Two themes emerged.

First, speaker after speaker said they supported the city’s Housing First policy, but that the current crisis demanded more investments in shelters.

Second, there was a consensus in favor of geographic equity in homeless services. Mayor Lee said that he told each Supervisor that they should accept a Navigation Center in their district, or otherwise have their district accept services helping to reduce the number of people living on the street. The Mayor spoke after D6 Supervisor Jane Kim made a powerful appeal for geographic equity, reflecting the overabundance of services in her district.

Nobody at the April 13 meeting suggested that city money be used to provide vague new “services”—but not shelter or housing—at 440 Turk Street in the Tenderloin. Nor did anyone propose connecting such services to the leasing of upscale SOMA offices for high-level DHSH staff—at a rate of $4.25 per square foot per month.

Nevertheless, that is precisely what Kositsky soon proposed. Despite broad support for prioritizing shelters and housing and for geographic equity, Kositsky ignored this input entirely.

He proposed to open a vaguely dubbed “Homeless Resource Center” offering neither shelter nor housing. And to place it in a neighborhood that has far more than its fair share of services.

Kositsky did not state at the April 13 meeting that after he agreed in July 2016 to relocate DHSH to 440 Turk as office space for his department, he  changed his mind. And waited ten months before doing anything about it.

Now to make up for his own poor planning he wants the city to rent him space in SOMA while he tries to convince Supervisors that 440 Turk is needed for still unspecified 24 hour homeless “services.”

All that talk at the meeting about using city funds to prioritize shelters and housing? Kositsky’s 440 Turk plan offers neither.

So much for the value of “community” input.

Few have demonstrated more compassion for people without homes than Sunny Angulo. She demonstrated this as a longtime aide to Supervisor Kim and now as an aide to Supervisor Peskin. Angulo speaks for many in the Tenderloin who resent being accused of being unsympathetic to homelessness simply because they believe that the community has more services than it can already handle.

I thought Mayor Lee also supported geographic equity. I was heartened by his comments promoting each district accepting services at the April 13 meeting.

But because Jeff Kositsky decided nearly a year after signing a contract to buy 440 Turk that he wanted office space in SOMA, the mayor’s words in support of not overburdening particular neighborhoods now appear to have been just…. words.

As we learned as kids, actions speak louder than words.

Since April the city has moved forward with a permanent Navigation Center at 6th and Stevenson, adding even more services to D6 (for all the publicity about the Nav Center opening at South Van Ness and 26th Street, that is a short-term temporary use on a site where market rate housing will soon be built).

Now DHSH is now trying to cast a dagger into the very idea of geographic equity by adding a new 24 hour homeless drop-in center at 440 Turk, across the street from a methadone clinic.

Much as I am tempted to describe Kositsky’s efforts to rebrand his plan for 440 Turk as putting “lipstick on a pig,” I like that animal too much to associate it with what DHSH wants to spend millions of dollars opening at 440 Turk.

DHSH originally claimed they were opening a homeless “Resource Center” at 440 Turk. Now they call it a “Navigation Hub.” Why the change?

At a meeting in July with Pratibha Tekkey from my office and Kositsky and Sam Dodge from DHSH, Pratibha asked why the city should fund an entirely new 24 hour Resource Center in the Tenderloin when it would be cheaper and more effective to extend the existing Mission Neighborhood Resource Center  (MNRC) into a 24 hour facility. MNRC is currently only open 52 hours a week.  Kositsky replied that we should do both.

But he has made no budget request for expanding the MNRC’s funding and operations. Instead, he is asking the Board of Supervisors to fund first the renovation and then the operation of a facility at 440 Turk so police and outreach workers can bring campers from the Mission  into the Tenderloin.

Doesn’t it make more sense to keep Mission campers in the Mission? And to expand funding for the MNRC to provide the services Kositsky wants to offer at 440 Turk?

Well, Kositsky sought to solve this dilemma by changing the name of his planned operation to a Navigation Hub. The idea is that using a new name will get people to think that it will offer services that could not ever be available at the MNRC.

San Francisco doesn’t have the luxury to squander money on services better provided at existing sites.  Regardless of what Kositsky chooses to name them.

Kositsky’s “plan” for homeless services at 440 Turk is not a plan at all. It’s a bunch of slap dash ideas necessary to justify DHSH not using 440 Turk exclusively for office space as the agency agreed to do over one year ago.

At the mid-July meeting that Pratibha and I had with Kositsky and Dodge, both insisted their plans for services at 440 Turk were wide open. They said they were not committed to a 24-hour facility.

But Pratibha had prepared for such claims. She had taken a screenshot of the power point presentation Kositsky’s staff had given to the Supervisor’s Finance Committee the preceding week. It clearly showed a 24 hour program was planned and offered very specific details as to plans for the site.

Pratibha had texted me the screenshot which I displayed to Kositsky on my phone. His response? He said he had not been at the meeting.

When the Tenderloin/North of Market Community Benefits District holds an emergency meeting to discuss 440 Turk and then votes unanimously against the city’s plans, that should send a powerful message to City Hall.

The TL/CBD includes the broadest cross-section of Tenderloin stakeholders. It includes many of the interests that DHSH’s so-called “community outreach” has ignored.

The Tenderloin and all of San Francisco deserves better.The planned move of DHSH offices to 440 Turk would be a positive for the community, and should not now be thrown overboard for a costly, pointless plan to justify top agency staff working in upscale SOMA rather than in the Tenderloin.

The DHSH move to SOMA is up for Board of Supervisors approval on September 12. But the Tenderloin community has not had the chance for a real public hearing in committee on the 440 Turk plan or the SOMA lease;  the Board would benefit from such a hearing preceding any full Board consideration.

Randy Shaw is Editor of Beyond Chron. He describes the Tenderloin’s long history of battling City Hall in his book, The Tenderloin: Sex, Crime and Resistance in the Heart of San Francisco.