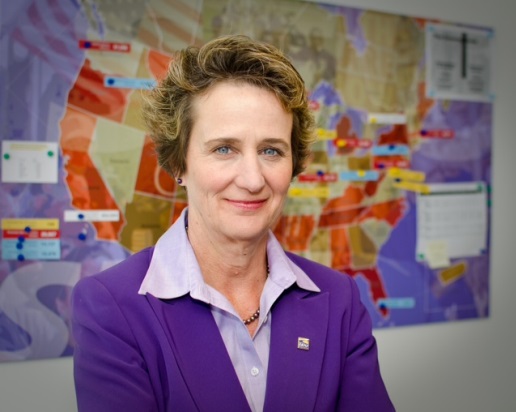 SEIU is again being depicted as the agent for reviving the nation’s labor movement.After funding a national convention of fast food workers last weekend, SEIU is credited for framing the fast-food movement as “an economic justice movement comparable to the civil rights movement.” Some are associating fast food activism with SEIU’s very successful “Justice for Janitors” campaign.

But for all the good SEIU has done in helping to bring national attention to the deplorable pay of fast food workers, keep in mind that its Justice for Janitors campaign was launched nearly thirty years ago, in 1986. Since this success, SEIU’s record of turning a movement into union jobs is less successful, Far too often it has  received media fanfare for announcing a new strategy for reviving the labor movement—only to see it not followed up by a real campaign to unionize workers.

At its 2004 national convention, SEIU adopted a “United Strategy for Strength. According to then SEIU President Andy Stern, it was launched “so members in other states can gain the power members now have in NY and California, and so we can start building the new strength we need in the South and the Southwest – until the day comes when every state is colored in purple!” The campaign was highlighted by a landmark organizing victory for 5000 janitors in Houston in 2005, and by a high-profile janitor organizing victory at the University of Miami in 2006.

Because two ex-UFW organizers—Stephen Lerner and Eliseo Medina—played major roles in the Miami campaign, I have an entire chapter on the strategically brilliant struggle in my book, Beyond the Fields: Cesar Chavez, the UFW, and the Struggle for Justice in the 21st Century. But that 2006 campaign proved the highpoint of SEIU’s Southern Strategy. SEIU still launches organizing drives in the region, but it long ago abandoned its larger financial and staff commitment to reviving the labor movement by unionizing the South.

SEIU’s 2004 convention also announced its launching of “a new global campaign-Wal-Mart. No Bargain! — that explains to the world that Wal-Mart’s low prices cost too much – they cost workers too much, and small businesses, communities, and nations too much.” SEIU committed $1million “to start up a new network of workers and communities, united to bring Wal-Mart’s standards up instead of bringing everyone else’s down.”

I wonder how many Wal-Mart workers ever heard of SEIU’s global campaign. As with its “United Strategy for Strength” campaign, SEIU never backed its initial investment in targeting Wal-Mart with the resources necessary to prevail.

SEIU’s 2004 Convention also called for the creation of Purple Ocean, “the world’s first “open source,” virtual union — with a goal of uniting one million more people who want to join our campaigns for justice.” The idea was to include those like fast food workers who want to “take action and get involved” with SEIU without formal union membership. Stern predicted Purple Ocean would “build the biggest movement for social and economic justice the world has ever seen.”

At the time, I thought Stern’s and SEIU’s ambitions in all three areas—organizing in the South and Southwest, Wal-Mart, and affiliating unorganized workers—were fantastic. The media did as well, depicting Stern as the unconventional leader who understood better than anyone how the 21st century labor movement had to change in order to survive.

But it soon became smoke and mirrors. As the past decade showed, SEIU’s bold announcements in all three areas were not matched by actions. While SEIU came closest to actually implementing its plans in the South and Southwest organizing drives, the huge University of Miami victory required significant resources. And when SEIU then poured major resources into a nearby college without winning, Stern recognized that organizing the South would take far more money and time than he wanted SEIU to commit.

SEIU’s diagnosis of the problem was accurate—-workers in the South and Southwest did need union organizing drives—but SEIU was never committed to the long haul. After Stern lost his “golden boy” status through SEIU’s 2009 trusteeship of its SEIU- UHW local in California and takeover attempt of longtime ally UNITE HERE, the bold plans of the 2004 SEIU convention were forgotten.

Stern resigned in 2010. After his replacement by the much less publicity seeking Mary Kay Henry, media accounts of SEIU’s efforts to save the labor movement went on hiatus. AFL-CIO President Richard Trumka became the media’s go-to labor leader, a role Henry and SEIU are trying to reclaim through supporting fast food workers.

Whenever a powerful organization like SEIU gets involved in a social movement, it invariably gets criticized for trying to control the campaign. A November 2013 In These Times article (“Fight for 15 Confidential”) questioned “whether Fight for 15 is fundamentally a worker organizing campaign or a ‘march on the media,’ and many believe the endgame will be determined by an SEIU leadership that is not in contact with the daily realities of the campaign.”

There will always be debates about decision-making in social movements. The question about SEIU’s role in fast food worker organizing should instead focus on its success in actually unionizing fast food workers. Yes, SEIU helped galvanize support for local and state minimum wage hikes. But for too long SEIU has relied on its political successes rather than on campaigns that add to its private sector membership.

Justice for Janitors was about organizing low-wage workers into a union. SEIU fast food worker campaign should not stop at anything less.

The legendary organizer Fred Ross Sr. used to say (and a new edition of his Axioms for Organizers will soon be available online), “Short-cuts usually end in detours which lead to dead ends.” SEIU cannot take a short-cut to fast food organizing. The struggle will be long and the investment heavy, but the payoff for the labor movement would be game-changing.

Randy Shaw is Editor of Beyond Chron. He is also the author of the revised and updated The Activist’s Handbook: Winning Social Change in the 21st Century