SEIU at the Crossroads 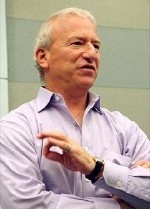 Since January 2009, SEIU has spent millions in two campaigns against rival unions. Its campaign against UNITE HERE has alienated virtually the entire labor movement, effectively destroyed the Change to Win Labor Federation, worsened SEIU’s budget problems, and achieved none of the hoped-for membership gains – yet SEIU’s raids against UNITE HERE continue. Last Friday, a lawsuit that SEIU hoped would “break” rival NUHW resulted in a jury award far less than SEIU’s litigation costs, and that will not even make a dent in NUHW’s operations. SEIU now faces a protracted struggle with NUHW for workers’ loyalty, unable to argue that its lawsuit will put its rival out of business. SEIU’s strategy in both campaigns was to deprive its adversaries of the resources necessary to survive. But SEIU underestimated the willingness of UNITE HERE and NUHW staff and members to sacrifice for their cause. A union once known for winning through grassroots power rather than financial might now faces an uphill battle against a growing cadre of committed activists. And it likely faces the future without Andy Stern, who reportedly will resign later this week.

It was not long ago that SEIU was widely viewed as on the cutting edge of the 21st Century labor movement. Its feisty “Justice for Janitors” campaigns, in your face struggles against hospitals and nursing homes, organizing of immigrant workers, grassroots electoral outreach, and sophisticated media strategies led many to see SEIU as the model for labor union growth.

But SEIU’s campaigns against NUHW and UNITE HERE demonstrate how the union has shifted its strategy for gaining power. It now relies on financial might, not organizing prowess. SEIU appears to have lost the confidence it once had that given an equal playing field, it could out-organize and out-work any other labor union.

If SEIU believed that its own UHW members saw their union as a trusted, grassroots force for change, it would not have needed to spend millions on a civil lawsuit to discredit and bankrupt NUHW. And if SEIU had faith in its capacity to organize new workers in its core jurisdictions of building services and health care, it would not still be trying to steal members from UNITE HERE, or have installed Bruce Raynor as an Executive Vice-President after he allegedly stole an estimated $23 million from UNITE HERE and transferred another $100 million in UNITE HERE assets to SEIU without legal authority.

SEIU’s ill-fated decision to place its UHW local in trusteeship in January 2009, its launching of a campaign to unravel UNITE HERE a few months later, and its ongoing struggles against both unions reflect SEIU’s loss of confidence in its longtime strategy for growth. Since January 2009, SEIU has spent millions more battling other unions than in organizing new workers, and while SEIU holds protests against Wall Street and the Bank of America, the union has sharply curtailed its once ambitious plans for organizing in the South and Southwest, and for organizing the millions of unorganized janitors and health care workers across the nation.

Some might describe SEIU’s shift as akin to a “mid-life” crisis, which sees once happily married men break-up families to start anew, often to soon regret their decision. But SEIU’s core leaders are older. They apparently feel that their time to make a difference is running out, and that the process of building power by organizing new workers and empowering current members takes too long to achieve their goals.

Unfortunately for SEIU, all of its strategies to build power without organizing new workers have failed. In fact, they appear to have backfired.

For example, UNITE HERE leaders and members universally agree that they are a stronger and more unified union as a result of resisting SEIU’s raids and financial attacks. While SEIU was very confident that UNITE HERE would not have the financial resources to continue past September 2009 – recall Andy Stern’s July 2009 memo (link to to his Executive Board saying “we are close to putting the dispute with UNITE HERE behind us” – SEIU should have known that UNITE HERE prides itself on its capacity to battle “one day longer” than its adversaries.

Similarly, it is already clear that last Friday’s jury verdict has galvanized rather than demoralized NUHW supporters. NUHW President Sal Rosselli told me that the member response in the 24 hours following the verdict was “extraordinary,” and Vice-President John Borsos as “overwhelming.”

One doesn’t need a doctorate in psychology to understand NUHW members’ reaction.

First, by pursuing its lawsuit, SEIU crystallized NUHW’s fundamental argument that its leadership is so committed to workers’ democratic rights that they sacrificed their jobs and incurred financial liability to protect members’ interests. How could workers not be impressed by leaders’ willingness to take such steps on their behalf?

Second, as long as the trial was pending, there was fear of a verdict that would decimate NUHW. This fear has been replaced by a great sense of relief. Supporters know that NUHW is here to stay, and will have the resources necessary to compete with SEIU in upcoming elections.

Third, the jury verdict conclusively dispelled many of SEIU’s boldest arguments against NUHW. These include allegations that the former UHW leaders now with NUHW left contracts open, impaired SEIU’s handling of bargaining and grievances, took members money for their personal use, and SEIU’s constantly repeated “Sal Rosselli stole $3 million from the union strike fund,” a false claim SEIU did not even bother to bring to trial.

If any NUHW supporters worried that there must be some truth to such SEIU allegations, the jury verdict revealed their falsity.

SEIU now faces NUHW in elections throughout California. It continues to battle UNITE HERE in Pittsburgh, Woburn, Massachusetts, and in other cities, while Andy Stern still seeks something for Bruce Raynor to do for his estimated $200,000 annual SEIU salary.

SEIU does not have the fire in the belly necessary to defeat two unions with a “live off the land” mentality where defeat is not an option. Even many of its most loyal members and staff, those who would go to the wall for SEIU’s struggles against a large employer, do not have their heart in a protracted fight with other unions.

I think SEIU’s leadership understands this, which is why it turned to the knockout strategy to win a quick victory against both unions. SEIU has so changed that it no longer wishes to wage lengthy organizing campaigns to win the hearts and minds of workers, a shift that does not bode well for its future.