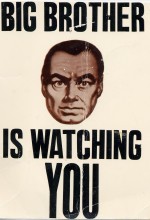 I’ll never look at my Macbook’s tiny little camera the same way again. Not after reading that 16-year-old Blake Robbins, a high school student at Harriton High School in the Lower Merion School District outside of Philadelphia, was accused of “improper behavior in his home” after school officials took a photo of him with his Macbook camera that they activated with “security” software from outside his room without his knowledge or approval. Robbins was charged with using drugs, but the student maintains he was eating candy at the time the picture was taken.

Robbins’ parents have taken the matter to federal court. They are suing the district for illegal spying. They are asking judge Jan DuBois for a restraining order to stop the district from continuing to watch students. They also want to block the school from collecting the Macbooks and then erasing any evidence of spying from their hard drives.

The suit charges that young Robbins “was at home using a school issued laptop that was neither reported lost nor stolen when his image was captured by Defendants without his or his parents’ permission and while he was at home.”

School officials said that they only used the remote-control function on the cameras to locate computers that were reported missing or stolen. Robbins’ computer was neither missing nor stolen. They contend that they have disabled the function since the lawsuit was filed.

In a letter to parents of students at the school, Christopher McGinley, the superintendent of the district, said that only two tech people monitor the cameras when they are activated. He admitted that parents were not made aware of the spying.

“There was no explicit notification that the laptop contained the security software,” the superintendent said. “This notice should have been given and we regret that was not done.”

He also said that kids were free to cover over their cameras, something apparently some students have already been doing.

We live in scary times.

We just don’t know who is watching us and how often they are doing it. A lot of the time we don’t even know who is spying on us. Cameras see us as we sit on buses and as we enter buildings. In some places, their cold uncaring gaze is fixed on us as we cross the street. Machines with conveyor belts peer into our back packs and other belongings with their unseen x-ray eyes. Computer programs gather all sort of information about us without ever asking permission.

Airports will soon be scanning our bodies. No detail will be left to the imagination. We will be naked to the bone. Even more naked than the day we came into this world.

The old joke, “Just because I’m paranoid doesn’t mean they’re not out to get me,” isn’t funny anymore.

Paranoia is no longer a sign of mental illness.