No Sanctuary for Law-Breaking Feds 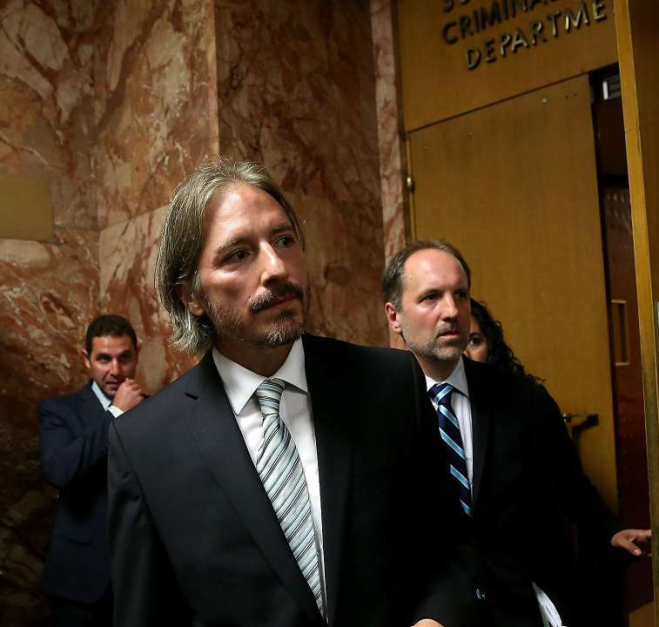 Two years ago Kate Steinle was shot while sightseeing on Pier 14 in San Francisco.  The accused, a homeless Mexican immigrant with no prior relationship to her, says it was an accident that occurred as he handled a discarded bundle left on the ground, which contained a firearm.

Juan Francisco Lopez Sanchez’s fate will be decided by 12 jurors. Whatever your opinion, there’s no dispute that his name is being invoked to justify national immigration law changes, particularly affecting the over 200 counties nationwide with Sanctuary City laws, which limit local cooperation with federal immigration authorities.

One policy discussion centers on whether municipalities with sanctuary ordinances must comply with federal law. Those wishing to erode immigrant protections and institute mass deportation of undocumented immigrants use Lopez Sanchez as a poster child for repealing these policies, arguing they impede efforts to deport “illegals”.

Framing the debate this way is faulty. The real question is whether federal law enforcement should be able to keep someone in custody without federal court approval.

On one side of the debate stand ICE and Homeland Security. Both want to place detainer holds on anyone they believe is in the U.S. without authorization.  On the other side are the federal courts who want to review these orders to detain before they take effect.

As it turns out, when ICE and Homeland Security police themselves, without checks and balances, they make mistakes.  Data obtained by National Public Radio and Northwestern University (in separate requests), identified 1,500 incidents in the last 10 years in which  U.S. citizens were detained in error.

As a result, federal courts (in Nebraska, North Dakota, Oregon, Rhode Island, Utah, and California, for example) have ruled ICE detainers must be supported by probable cause that the subject is a non-citizen and subject to removal.

The characterization that cities are acting in renegade fashion is mistaken — it’s actually federal agencies that are doing so. So why reward them with measures repealing sanctuary city ordinances? Rather than follow a simple checks and balance requirement, federal agencies seek to win public approval for eradicating sanctuary laws.

Their approach is working. The House of Representatives recently passed legislation to do just that (H.R. 3003) by the margin 228-195. The bill withholds federal grants from cities that prohibit officers from cooperating with ICE.

A single-page written warrant requirement for a judicially approved detainer isn’t cumbersome. A telephonic system could even be used, wherein a neutral and detached magistrate has to agree with the government’s assertions, before allowing the detainer. Such procedures already exist for search warrants.

Maybe the issue isn’t the difficulty involved, but that these agencies want unchecked authority.

Municipalities and Congress shouldn’t roll over just because the feds want to bend the rules in ways that deny due process. We should address the feds’ deeply problematic resistance to reasonable oversight, particularly in light of their considerable errors. This is especially true as cities risk civil liabilities when federal authorities instruct them to detain someone falsely. (In 2014, a woman in Oregon won a federal lawsuit for a 19-day detention, due to an ICE detainer lacking probable cause. Miranda-Olivares v. Clackamas County).

The practical effect of wrongful imprisonment lawsuits is that it takes money out of city coffers that could be directed to a variety of public projects.

Furthermore, there are many reasons a city with a high immigrant population would implement a sanctuary city policy. As municipal law enforcement officials have said, immigrants must feel safe to participate in their communities, especially as they are often witnesses helpful to police. Deportations encourage less cooperation, undermining key law enforcement objectives.

Let’s leave Juan Francisco Lopez Sanchez out of these policy debates. He may have previously entered the country without permission, but this time, rather than be deported to Mexico, he was mistakenly released in San Francisco involuntarily, without money, and with no ability to work legally.

It’s ironic that federal agencies seek to exploit Lopez Sanchez’s situation when their lawlessness caused it in the first place.

Matt Gonzalez is the chief attorney in the San Francisco Public Defender’s Office and one of the lawyers representing Juan Francisco Lopez Sanchez.