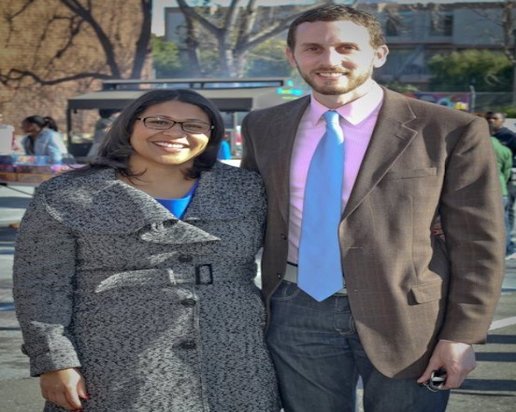 San Francisco has its most “moderate” Board of Supervisors since 2001. It also has its first President since 2001 who reached the Board backed by landlord rather than tenant groups.

Does this shift to a more “moderate” Board matter?  Not nearly as much as many believe.

Since the 1980’s, progressive and moderate supervisors have primarily been distinguished by their positions on tenants’ rights. Development can also be a dividing line, but supervisors have less power to impact projects since key development decisions are made at the Planning Commission and Board of Appeal.

I put “moderates” in quotes because the term does not refer to a specific set of beliefs. For example, after repeatedly touting “moderate” David Chiu’s Assembly win over progressive David Campos, the San Francisco Chronicle lauded D3 appointee Julie Christensen for her “raging moderate” positions such as supporting 8 Washington and opposing Prop G.

Yet “moderate” Chiu was on the other side of both campaigns.

In the 1980’s, the progressive/moderate supervisor battles came down to which candidates supported vacancy control. When the state preempted vacancy control in 1995, the test became a candidate’s support for legislation reining in owner move-in evictions.

Yet voters, not the Board, have passed nearly all the major tenant advances since 1992. Board victories for tenants were often struck down by the courts, including critical measures to stop Ellis evictions in 1998 and the Campos relocation bill in 2014.

Having at least four pro-tenant supervisors, which still is the case, does facilitate pro-tenant measures reaching the ballot. But relying on this practice has a downside. Spring signature gathering helps tenants build their fall campaign. It also makes connections with potential activists that are missed when measures on simply put on the ballot by four politicians.

Some fear a “moderate” Board will weaken rent controls or eviction protections. But that won’t happen for two reasons.

First, there a very strong legal argument that almost any change in the city’s rent control law requires a ballot measure (since nearly all provisions have been approved by voters). Second, Mayor Lee would veto any legislation that weakened such tenant protections.

President Breed could hurt tenants in individual cases through her appointments to city commissions, which are now likely to be more pro-landlord and pro-development than those appointed by her predecessors. But Mayor Lee controls the majority of these bodies, and would be responsible for any decision issued.

Last week, the Mayor’s Park & Rec Commission voted 5-0 to reject a SOMA development project by a serial Ellis evictor. It may have been the first time such a body rejected a project for shadowing a park, and should reassure those who wrongly believe that Lee’s appointees will be knee jerk for development.

The “moderate” Board will also make little difference on city fiscal issues.

While editorials in the SF Chronicle or SF Business Times  claim that only “moderates” protect the city budget, Supervisor Tang is the Board’s only fiscal conservatives. The rest of the Board supports critical spending for human needs and public services.

The 2014 Board rejected Supervisor Campos’ measure (re-introduced last week) to delay implementation of the new short-term rental law until Airbnb pays back taxes. But even if Campos’ tax measure had passed and was signed by the mayor, Airbnb and other short-term rental companies would have gathered signatures for a referendum.

In other words, the voters decide the city’s big issues. Progressives unhappy about the Board and Mayor’s actions on Airbnb should go to the ballot, as some plan to do. The same course of action is available on many other issues, which is why a “moderate” Board does not foreclose the adoption of progressive policies popular with voters.

After the landlord-backed Frank Jordan defeated the pro-tenant Art Agnos in the 1991 mayoral election, many predicted the end of the city’s tenant movement. Instead, tenants won their first two ballot measures in 1992, and they remain the most sweeping in city history (Prop H in 1992 cut annual rent increases more than half, and Prop G in 1994 brought owner-occupied buildings of four units or less under rent control).

Will this moment of “moderate” strength on the Board of Supervisors create similar opportunities for activists to go directly to voters to win progressive gains? We will see. But for Board inaction on politically popular progressive issues to galvanize the city’s electorate, activists must focus less on the Supervisors and more on organizing and mobilizing voters throughout the city.

Randy Shaw is Editor of Beyond Chron. He discusses winning strategies for local ballot measures in The Activist’s Handbook: Winning Social Change in the 21st Century.