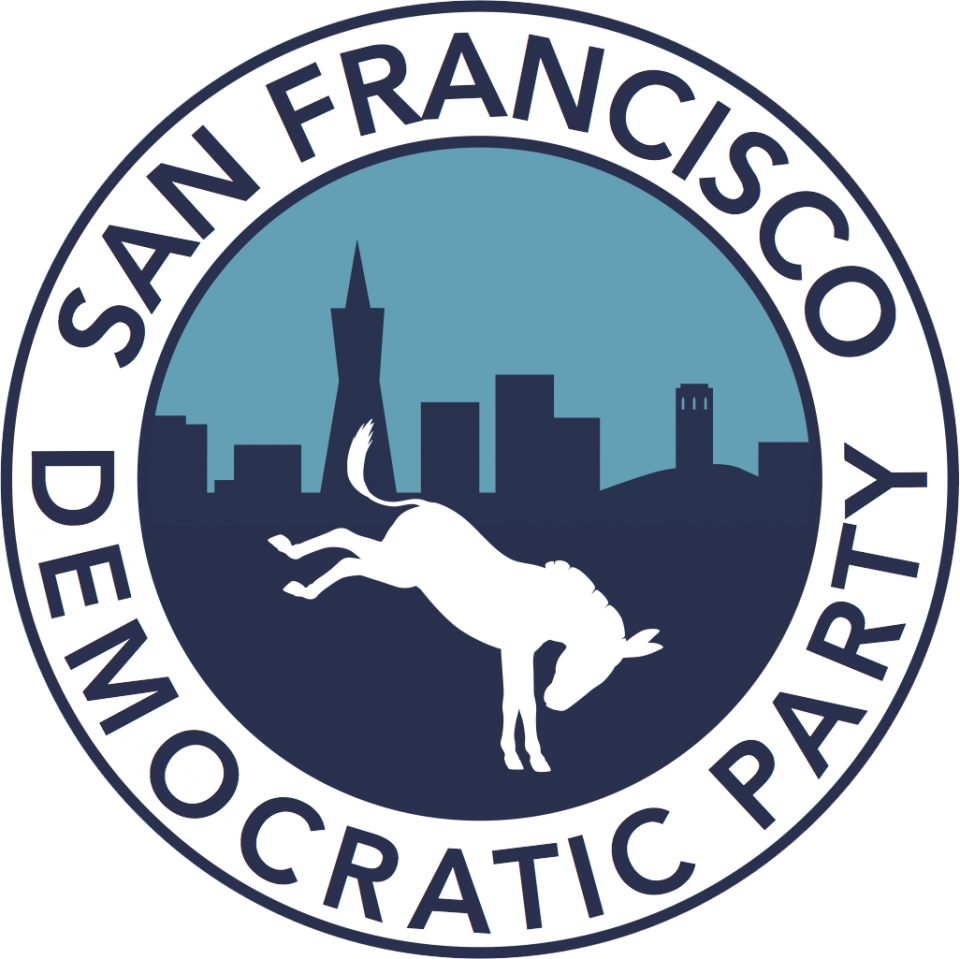 First, there is San Francisco’s standard “moderate” vs “progressive” slates. The ideologies defining these terms are not as clear as  in the past (it’s somehow “progressive” in San Francisco to defend exclusionary zoning for millionaire homeowners) but to those involved the divisions are profound.

Second, there is a dispute over whether elected officials should be allowed to run for the DCCC. This is not about their legal right; rather, it is over the fairness of high name recognition electeds holding two positions while excluding those trying to get a political start.

Third is the division over money. Donations to supervisor are limited to $500 but you can make $5000 donations to supervisors like Hillary Ronen who are running for the DCCC.  Using one’s DCCC campaign to attract donations unavailable to one’s supervisor campaign is nothing new; it’s just being called out as hypocritical for those claiming to support donation restrictions to use the DCCC loophole to exceed them.

Our Prop H campaign in 1992, which cut annual rent increases in more than half, aligned our SFDCCC endorsement with Bill Clinton’s presidential campaign against George Bush (the Republican Party was No on H). We did an election eve doorhanger for the Richmond that was entirely about Democrats backing Prop H and Republicans opposing it (I describe the historic Prop H campaign, the city’s first winning tenants’ ballot measure, in The Activist’s Handbook).

But Prop H was in the days when DCCC Chair Carole Migden raised gobs of money for slick DCCC slate cards. Today’s San Francisco Democratic Party is nowhere as powerful or has anywhere near the resources.

DCCC endorsements mean most in down ballot races (College and School Board) where voters not paying close attention to local politics simply vote the Democratic Party slate. These positions  have become the launching pads for political careers, which is  why the battle for the DCCC is so fierce.

I admire all those who have spent months working tirelessly for election to the SFDCCC. But based on past races, DCCC elections are decided not by ideology or position stands but by one overwhelming factor: name recognition.

Many voters do not pay attention to the DCCC races until they actually get in the polling booth. They then see a list of names, and vote for the most recognizable (many suspected Arlo Hale Smith was elected to the DCCC for years because voters thought he was his father, longtime District Attorney Arlo Smith). Absentee voting may have slightly changed this but not much.

That’s why progressive supervisors began running for the DCCC in the first place: they felt that the DCCC system was rigged by ex-officio votes from “moderate” politicians and that only by running supervisors could progressives obtain a majority. To understand this background read Paul Hogarth’s March 10, 2008 Beyond Chron story, “Supervisors Run for DCCC; Progressive Slate Formed.” That strategy led to Aaron Peskin’s election as DCCC Chair in 2008

I agree with SF Examiner columnist Joe Fitz Rodriquez’s December 2019 column arguing that elected officials should not allow to run for the DCCC. But that won’t affect tomorrow’s election, in which those with the most name recognition are heavy favorites. And that’s why I would be surprised if current supervisors Haney, Mar, Mandleman, Ronen, Safai and Walton and former supes Brown, Campos, Dufty Kim and Maxwell do not all win. Other current and former electeds from other offices should win as well.

Former Supervisor, Assemblymember, State Senator and SF Democratic Party Chair Carole Migden has not been heard from in San Francisco politics since her Mark Leno defeated her in her 2008 state senate re-election bid. Now she is running for the DCCC. Based on name recognition she will also win (I saw Migden in her political prime. No politician ran a public meeting more efficiently.  And when Migden asked your campaign to donate a specific amount of money for the SF Democratic Party slate card you did not challenge the amount).

San Francisco’s two high-profile ballot measures both seem likely to pass. Aaron Peskin’s Prop D, which imposes a tax on vacant retail spaces, has little opposition.One reason is that according to Ted Egan, the city’s chief economist, only 1%-3% of retail spaces are vacant for the more than 182 days that triggers the tax. The measure also excludes many neighborhoods.

Fortunately, Peskin introduced legislation last week to expedite conditional use applications for retail spaces; that is among the measures the city must take to address the post-Internet retail climate. It will make a far bigger difference than the vacancy tax.

John Elberling’s Prop E restricting office space unless sufficient affordable housing is built is terrible policy on multiple levels. I gave my thoughts in a City Lab article in which my comments included my view that it was “much ado about very little.” That’s because in order to win the election Elberling grandfathered in virtually all office development in the pipeline and actually expedited some of the projects. So there’s no specific company hurt by the initiative and no big money opposition campaign.

But since everyone claims to be concerned about the jobs/housing, the measure will win. And its backers can claim to have taken a major step toward addressing the jobs/housing imbalance when they have actually either done nothing or made it worse.

What’s really needed to address San Francisco’s jobs housing imbalance? As I discuss in Generation Priced Out, it start with rezoning to legalize apartments citywide. But the city’s Board of Supervisors doesn’t even support rezoning for “missing middle” housing in single family districts.  Our Board majority instead prefers protecting exclusionary zoning and forcing the middle-class to leave town.

San Francisco voters are focused nationally in 2020. Most political canvassing has been about the presidential race, not local issues.  So I want to urge and remind those going to the polls to vote the local ballot.