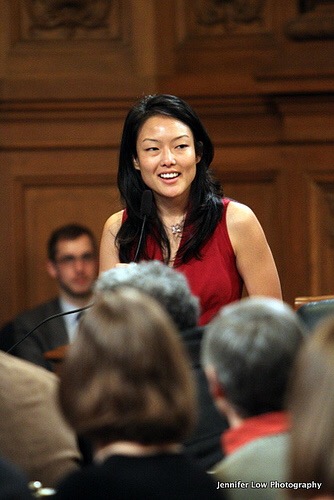 When San Francisco Supervisor Jane Kim negotiated a new deal with Forest City raising the affordability of its 5M project from 33% to 40%, the higher percentage dominated the news. Kim previously negotiated a 40% affordability deal with the SF Giants and came up with a brilliant slogan in the wake of her new deal: “40 is the new 30.”

Kim has in fact created a new 40% affordability standard for housing securing zoning changes. But the real news is the progressive support for a deal that addresses the housing needs of San Francisco’s middle-class.

That is a significant departure from past housing battles.

San Francisco does not have many “families of four,” but applying this to the new 5M deal offers affordable units to those earning between $101-$152,000 (100-150% of median). For increasingly affluent San Francisco, these families are middle-class.

To put the 5M deal in the context of past affordability battles, the city’s 1996 $100 million affordable housing bond brought $85 million for those at 60% median or less and $15 million for downpayment assistance to homeowners earning 100%. Efforts by realtors to raise the downpayment limit to even 120% were fiercely opposed by housing advocates.

In March 2004, newly elected Mayor Gavin Newsom authored Prop J, the Workforce Housing initiative. It pledged to build 10,000 new units primarily targeted to singles earning $76,000 and families of four earning as much as $109,000. The measure was bitterly opposed by affordable housing advocates, who argued that those incomes were well beyond what actual city workers could afford.

Despite Newsom’s popularity, Prop J lost in a landslide (Westside voters opposed it because it rezoned neighborhoods to increase heights. I was very involved in No on J. Our best piece of literature showed the Fontana Apts. (the view-blocking building allowed above the Cannery) with text showing Prop J having the same impact in the Sunset, Richmond and elsewhere).

When former Supervisor Chris Daly spearheaded a housing set aside ballot measure in 2008, housing advocates behind the measure opposed assisting middle-class residents. I was part of a group trying to get teachers to be eligible for the set-aside assistance but we failed; the majority of advocates felt teacher incomes were too high and that all of the assistance needed to go the very poor (which might explain why the set-aside lost despite being on the super high turnout November 2008 election).

Times have clearly changed. With many fearing a middle-class exodus from San Francisco, there is now broad support for housing help for the middle-class.

All of this Action Plan has happened or is in process under Mayor Ed Lee.

Lee has always talked about providing affordable housing to moderate income levels and that focus was evident in the recently passed Prop A.  That bond includes money to help families earning between $100-$140,000. Supervisor Kim’s deal on 5M is in the same spirit.

But the real winner on both the policy and political fronts was Jane Kim. She has now gotten two giant development projects to change their deals to increase affordable housing, and has shown she can deliver not just for low-income tenants facing eviction but also for the city’s anxious middle-class.

I don’t know who first said that implementing good policy is the best politics, but that axiom sure applies here. And when combined with Lee’s recent teacher housing program and other efforts, San Francisco has become the pacesetter in building a broad political base for affordable housing by expanding the beneficiaries.

Randy Shaw is Editor of Beyond Chron.  He will be speaking on his new book,  The Tenderloin: Sex, Crime and Resistance in the Heart of San Francisco, on a panel with Gordon Chin and David Talbot at 11am at the Howard Zinn Book Fair on November 15.