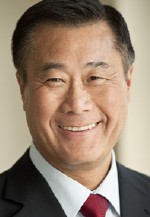 Senator Leland Yee (D – San Francisco) was led away in handcuffs Wednesday morning on corruption charges. With the arrest of Leland Yee, the real estate lobby has now lost its third go-to senator in the last few months. Senator Ron Calderon (D – Montebello) was indicted on corruption charges. Senator Roderick Wright (D – Inglewood) was convicted of eight counts of perjury and voter fraud. Funded by and beholden to the real estate industry, each of these legislators has gone out of his way to torpedo key efforts to pass tenant protections.

With their top legislators disgraced, the real estate lobby faces new challenges pushing their agenda in the Capitol.

Much of the coverage of the recent Democratic Convention discussed the divide between “business” and “labor” Democrats. It is a valid distinction, and certainly applies to Senators Wright and Calderon whose hostility for working people is evident from their spirited defense of banks and major corporate interests.

Missing from the analysis, however, is the “real estate” Democrat. These legislators might vote with workers on certain labor issues, but when it comes to housing, they side with landlords and real estate speculators.

The real estate industry invests heavily in Senators like Leland Yee, Rod Wright and Ron Calderon. In addition to substantial campaign donations, the industry finds creative ways to funnel money to their legislators. For example, after Senator Wright was indicted, a realtor PAC gave $25,000 for his legal defense, all while he continued to serve in the Senate voting on tenant bills opposed by his real estate benefactors.

The investment in these legislators has paid off. By funding both Democrats and Republicans, the real estate lobby has secured votes from legislators that undermine tenant rights. Senator Yee switched his vote on inclusionary housing (AB 1229), opposed a commonsense bill to protect tenants from security deposit theft (SB 603), and stands alone among San Francisco politicians in refusing to voice support for Senator Mark Leno’s Ellis Act reform bill, SB 1439.

Here’s why Senator Yee’s vote is important. Being a senator from San Francisco, Senator Yee plays a key role in giving cover to wavering Democrats across the state on tenant issues. If a Senator from progressive San Francisco opposes tenant protection legislation, this gives license to Democrats from more conservative districts to oppose the bill too, or so the Sacramento thinking goes.

A San Francisco senator holding out on Ellis Act reform, inclusionary housing, and security deposit protections, is worth a lot in the Capitol. Or at least it was until Senator Yee was led off in handcuffs.