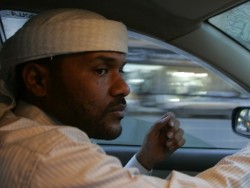 Late April brings to the Castro Theatre, the Clay Theatre, the Sundance Kabuki, and the Pacific Film Archive the arrival of the 53rd San Francisco International Film Festival. Rather than exhaustively list every event at the upcoming festival, consider the following a sampling of its delights.

Live Acts: Robert Duvall will be receiving this year’s Peter J. Owens Award for a brilliant nearly 50 year acting career spanning his debut in “To Kill A Mockingbird” to an Academy Award nomination for “A Civil Action.” An onstage interview with the actor will be followed by a screening of Duvall’s newest film “Get Low.”

Roger Ebert’s more than 40 years dedicated to popularizing world cinema makes him a natural recipient for this year’s Mel Novikoff Award. To celebrate, Ebert will be joined onstage at the Castro Theatre for a group conversation with such friends as Philip Kaufman, Errol Morris, and Jason Reitman.

Fresh off winning an Academy Award for his “Crazy Heart” theme song “The Weary Kind,” legendary musician T-Bone Burnett will talk about his musical career and his work on such films as “Walk The Line” and “The Big Lebowski.”

Local filmmaker Sam Green’s “Utopia In Four Movements” might be called a live improvisational documentary. Accompanied by The Quavers and sound artist Dave Cerf, Green meditates on the role of idealism in contemporary culture.

Fictions: Opening Night Film “Micmacs” comes from “Amelie” director Jean-Pierre Jeunet. It’s a dark comedy about a revenge plot by a man whose life was ruined by amoral arms manufacturers.

Tanya Hamilton’s “Night Catches Us” stars Anthony Mackie and Kerry Washington as former Black Panthers in 1970s Philadelphia dealing with racist cops, growing attraction, and a dark secret from their past.

“Winter’s Bone,” the Sundance festival’s Grand Jury prize winner, adapts a novel about a Missouri teen desperately trying to track down her bail-jumping father before the family home is lost. “Son of Babylon” another quest story, concerns a Kurdish boy and his grandmother who travels across Iraq to find their former political prisoner loved one. “happythankyoumoreplease,” the SFIFF Centerpiece film, is a first film from “How I Married Your Mother”’s Josh Radnor. It’s a comedy about a struggling writer dealing with adulthood responsibilities.

“Nobody Knows” director Hirokazu Kore-eda adapts “Air Doll,” a manga story about an air doll who comes to life and tries to discover the meaning of humanity. Yet the only tagline that comes to mind is “What if Pinocchio had been a sex toy?”

Documentaries: Closing Night Film “Joan Rivers—A Piece of Work” is one of SFIFF 53’s more high-profile documentaries. Ricki Stern and Annie Sundberg’s film follows the legendary comedian over the course of a year and promises to be less a hagiography and more a warts-and-all portrait.

Lixin Fan’s “Last Train Home” offers an intimate portrait of modern China by following a family of migrant factory workers making a long and grueling holiday trek back to their rural village and the resentful child they left behind.

“Mugabe and the White African” portrays a white farmer’s court battle to keep Zimbabwe President Robert Mugabe from impounding his farm. Shot covertly in Zimbabwe, this film is set against the backdrop of Mugabe’s re-election campaign.

Julia Bacha’s “Budrus” shows how a group of Palestinian villagers blocking bulldozers targeting their olive trees led to the eventual formation of a Palestinian-Israeli movement for nonviolent struggle.

“The Invention Of Dr. Nakamats” introduces the viewer to 80-year-old inventor Yoshiro Nakamats, whose 3,400 patents cover everything from the floppy disk to Love Spray.

“Henri-Georges Clouzot’s Inferno” does use footage from a rare unfinished film from the “Diabolique” director. But Serge Bromberg and Ruxandra Medrea’s presentation of the material is an unconventional study in artistic obsession, visual experimentation, and the dangers of an unlimited production budget.

“Russian Lessons,” from Olga Konskaya and Andrei Nekrasov, offers a fascinating portrait of the 2008 Russian-Georgian War through footage covering both sides of the conflict.

The other high-profile documentary at the festival will probably be Tim Hetherington and Sebastian Junger’s “Restrepo.” The film follows life with a U.S. Army platoon posted to the incredibly dangerous Korengal Valley in Afghanistan. Acclaimed for its portrait of men and women at war, the film may also become a magnet for Bay Area protestors not thrilled by the U.S. presence in Afghanistan.

Whether the reader tries one of the films or events mentioned above, or checks out something different (e.g. “Cyrus,” “Nenette”), please stop by and give props to the nation’s oldest film festival.