Ronald McDonald Has No Place in Schools 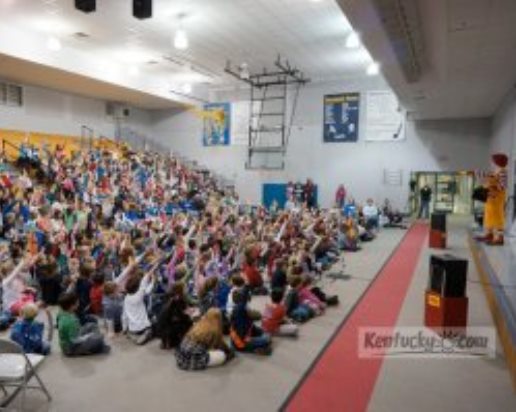 In May I attended McDonald’s Annual Shareholder Meeting and spoke out against them using schools to market fast food to kids. I was flabbergasted when the CEO told me Ronald McDonald does not make appearances in schools and immediately thought of this picture from the front page of the local paper. Today I am delighted to see advocacy groups from around the world join together in calling for an end to Ronald McDonald in schools.

In a letter written and organized by Campaign for a Commercial-Free Childhood (United States) and Instituto Alana (Brazil), a coalition of 48 public health, education, and children’s organizations asked Mr. Thompson to widely publicize McDonald’s new policy that Ronald McDonald will not be seen in schools and update the company’s pledge with the United States Council of Better Business Bureaus’ Children’s Food and Beverage Advertising Initiative. The coalition also urged Mr. Thompson to clearly convey this policy to the company’s local franchises and regional marketing associations around the world to ensure that Ronald McDonald no longer promotes the McDonald’s brand to captive audiences of schoolchildren.

Banding together to hold McDonald’s accountable for using schools to market to kids?  I’m lovin’ it!   Thank you to the hardworking advocates at Campaign for a Commercial-Free Childhood for organizing this effort and the many organizations from around the world who signed on in support.

This piece originally appeared in US Healthy Kids. Casey Hinds works to make a healthier food environment for children and instill a love of physical activity. Read more at ushealthykids.org and follow her on Twitter @caseyhinds