“Right to Shelter” is Wrong for California 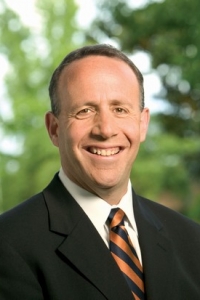 In response to rising homelessness,  key California politicians are drawing the wrong conclusions about what needs to be done.  Sacramento Mayor Darrell Steinberg, who heads Governor Newsom’s Commission on Homelessness, is leading this misguided effort. Steinberg’s July 17 Los Angeles Times op-ed argued that “homeless people should have a legal right to shelter and a legal obligation to utilize it.” Saying he still believes “strongly in the concept of housing first,” Steinberg nevertheless maintains that building enough housing to end homelessness “will take too long and cost too much.”

Steinberg believes that establishing a right to shelter will force the state to build such facilities. He also wants to require those camping on the streets use such facilities.

Both views are mistaken. We already know that prioritizing shelter over housing does not reduce homelessness. And that you cannot legally force people to use such facilities.

Steinberg bases his support for a legal right to shelter on New York City, which has had such a court-imposed obligation since the 1980’s. But New York City is actually a cautionary tale of a city spending billions and billions of dollars on shelter without reducing homelessness. New York City’s efforts to combat homelessness are only a “success” if you are observing from 3000 miles away (New York’s Governor Cuomo recently wrote that New York City’s homeless crisis is worse now than under former mayors Giuliani and Bloomberg).

San Francisco has tried the shelter first approach.  From 1982-89 the city spent hundreds of millions of dollars on shelters and short-term SRO stays via a “hotline hotel” program. It spent nothing on permanent housing.  Mayor Dianne Feinstein insisted until nearly her last day in office that homelessness was a “temporary” problem. She opposed investing in permanent housing and left her successor an even larger homeless population. Effectively converting permanent SRO housing to shelter space is among San Francisco’s worst policy decision of the past forty years.

In 1989 the Modified Payment permanent housing program I created completely replaced the hotline. Under Mayor Art Agnos San Francisco adopted a “Housing First” strategy that continues to this day. Homelessness has increased not because of a failed strategy but  because for decades the federal and state government have failed to fund it. The federal government has gone nearly forty years without providing adequate affordable housing funding for the very poor (today, 75% of households entitled to federal housing assistance do not receive it).

Never forget that people in shelters are still homeless. People in permanent housing are not.

Steinberg is a longtime opponent of rent control and just cause eviction laws. Yet the lack of such tenant protections in his home city drives rising homelessness. Sacramento’s homeless numbers rose 19% in the most recent count but Mayor Steinberg strongly opposed a rent control ballot measure in 2018 (On September 10 I’ll be speaking about Sacramento’s housing crisis in two events for Generation Priced Out. I look forward to hearing from tenants about Steinberg’s record).

Steinberg talks about Governor Newsom identifying “1390 vacant state parcels suitable for development,” but to my knowledge none has yet to become a homeless shelter. And San Francisco’s difficulty finding Navigation sites in every supervisorial district further shows that it is a lot harder to find locations for shelters than affordable housing.

Steinberg conditions his “legal right to shelter” on requiring people to use the newly created facilities.  But what happens to those who refuse to go to shelters? Will they be criminally prosecuted? If so, get ready for counties to hire a whole lot of new public defenders to represent those charged with such crimes. And for a huge public backlash asking why police are spending time arresting people for not using shelters rather than dealing with serious crime.

Steinberg’s op-ed fails to  address where those staying in shelters will eventually go. Does California want to use emergency shelters as de facto permanent lodging? Because the cost of implementing a right to shelter law in California will be truly staggering. Absent a new state tax earmarked for shelters I see no way the state imposes a right to shelter without diverting substantial funding away for permanent supportive housing.

In a different political world people would all be housed and we would not be debating funding shelters. But for over forty years the political will has never been there either in California or nationally to provide necessary funding to end homelessness.

I understand Steinberg’s frustration over the need for more shelters. But reducing homelessness also requires a lot of other measures that do not cost a dime. California legislators could expand tenant protections (AB 1482, reforming the Ellis Act) so people don’t become homeless. Many cities can do a lot more to protect rent-controlled housing. California legislators could also stop cities from preventing new housing, a practice that drives up rents and has put thousands of people on to the streets.

Building more shelters is only one piece of the solution. Yet establishing a right to shelter would mandate funding for this one purpose while leaving funding for permanent supportive housing as discretionary.

That would be a huge mistake.

Mayor Steinberg and his colleagues must look deeper into how we reduce homelessness. Establishing a “right to shelter” is the wrong approach.