Reviews From The 2015 San Francisco DocFest 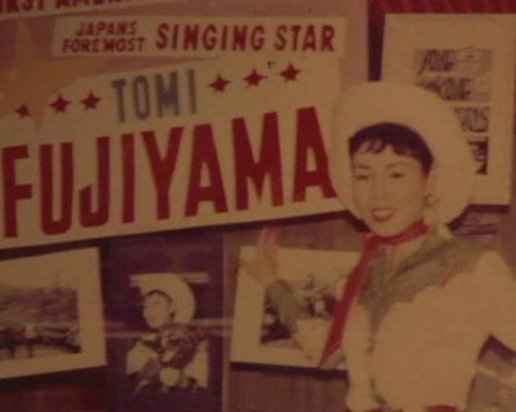 Tomi Fujiyama’s 1964 appearance on the Grand Ol’ Opry stage was accompanied by the Opry announcer mispronouncing her name and newspaper accounts referring to her as a “Japanese doll.”  But as Josh Bishop’s incredibly heartwarming documentary “Made In Japan” makes very clear, Fujiyama earned the evening’s only standing ovation given on a program featuring the likes of Johnny Cash and Hank Williams.

Dubbing Fujiyama the still-living Queen of Japanese country-western performers is not a joke.  The sobriquet honors her surviving life hardships ranging from societal sexism to working under a bad contract that caused her to be hospitalized for exhaustion.  Fujiyama’s experiences didn’t turn her into a bitter cynic.  Instead, the singer displays a generous and ebullient open-heartedness that makes the viewer want to support her dream of playing the Grand Ol’ Opry stage one more time.

Yet that wish for making a repeat appearance at the Opry is the film’s McGuffin.  An American fan of Fujiyama describes a decision to allow her onstage as a “no-brainer.”  Combining that description with learning that corporate overlords now control Grand Ol’ Opry bookings foreshadows the viewer’s ultimate disappointment.

Corporate cultural gatekeeping’s obtuseness is the viewer’s gain.  Hearing Fujiyama’s throaty performance of “Tennessee Waltz,” a beautiful rendition which brings out the song’s themes of betrayal and melancholy, should settle any question about the singer’s talent.

As this review is being written, recent news suggests Bishop will need to add a new ending to his warm-hearted film.  Even before the filmmaker does so, lovers of stories about people realizing their unique dreams really need to make time for this very entertaining film.  You don’t want to disappoint Tomi and her husband Shuichi.

It’s probable a little audience hissing will occur during the screenings of directors Adam Roffman and Luke Poling’s documentary “Spearhunter.”  The noises will come from those audience members who regard subject ex-Colonel Gene Morris as less an admirable and industrious man testing his limits and more an “animal serial killer.”

The former military man allegedly took up spearhunting for the hunting challenges it offered.  Yet ex-Colonel Morris’ hunting technique didn’t involve giving the prey a fair shot at escape.  Instead, the titular hunter exploited his prey’s grazing on the pile of food he left out for them for killing opportunities.  His methods were so effective that he needed a museum to house the hundreds of kill trophies that could not fit at home.  Did ex-Colonel Morris’ kills actually reflect his being an obsessive control freak?   The filmmakers let the audience decide that answer.

The “breaking bad news with baby animals” meme goes serious in Robert Sickels’ short documentary “Seven Ways From Sunday.”  Over onscreen poses of cute stuffed animals, voiceovers deliver seven anecdotes about mundane racism.  These stories range from unthinkingly dropping the N-word to a woman getting a brutal beatdown at a party with supposed friends.

Sickels’ short provides an answer to the drawback of using personal anecdote to overcome prejudice and fear.  What happens when seeing the storyteller’s skin color causes the listener to mentally filter out the import of the teller’s anecdote?  This short documentary’s approach may increase the likelihood that its often painful stories will ultimately help undermine racial prejudice.

Lewis Bennett’s documentary “The Sandwich Nazi” is tasty, dramatic, funny, and wonderfully profane.  In the film’s opening minutes, subject Vancouver deli owner and sandwich maker Salam Kahil tells an anecdote about his male escort days involving a candle and a blow job.  The story would probably cause a tenth of One Million Moms’ membership to commit hara kiri after hearing it.  However, a sign in the front window of Kahil’s establishment warns he would not serve those who’d impose their lifestyle and morality on everyone else anyway.

“Seinfeld” fans who remember the Soup Nazi character may draw some parallels to Kahil.  People asking about the price of a sandwich or talking on cell phones in Kahil’s store will definitely have no sandwiches made for them.  But the regulars who don’t mind getting coarse language about sex and nudity (sadly Bennett only has one shot of Kahil’s exposed 9 ½-inch penis) with their sandwich preparation get treated to a monstrously thick sandwich that lives up to the Canadian’s claim of making the best sandwiches in North America.

Kahil’s anecdotes about being a Lebanese male hustler also turn out to be true, courtesy of the wealth of sometimes privacy-protected photographs Bennett shows in the film.  His candid talk about sex, such as asking about the last time a customer ejaculated into their carpet, will definitely force viewers to re-consider their self-conception of their sexual tolerance.

But if the first third of “The Sandwich Nazi” proves a wonderfully profane laugh riot, the humor understandably gets toned waaayyy down in the latter parts of the film.  Car accidents and a return trip to Lebanon that eventually leaves Kahil emotionally raw aren’t necessarily great sources of humor.

Prudes hoping these developments in Kahil’s life are Heavenly punishments will be disappointed.  The rest of us viewing heathens are happy Kahil can do a hospital gown sexy pose or find dark humor in racing through sniper-laden Lebanese streets.