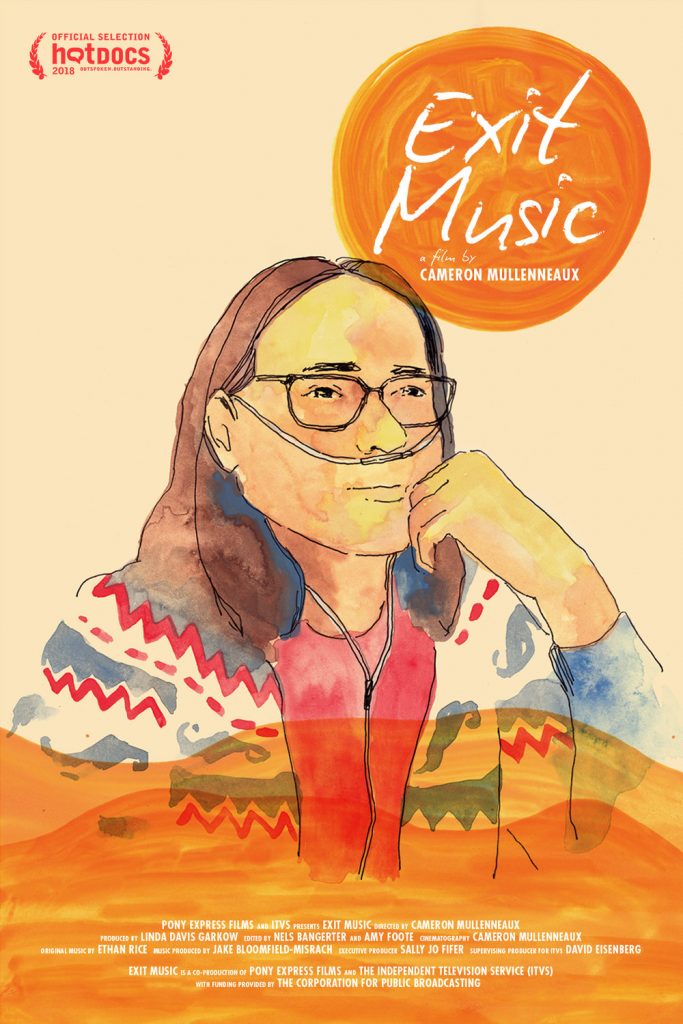 Dennis Cooper and Zac Farley try to make French suburban teen anomie intriguing in their drama “Permanent Green Light.”   But the results wind up being a tedious slog. A couple of intriguing characters cannot save a tale smothered by its setting’s mundane details.

One of those intriguing characters is teenager Roman.  He’s obsessed with blowing himself up. Having audio and video recordings of explosions on constant replay and collecting pinatas are manifestations of this obsession.  Yet the teen displays a reluctance in acting on his desire. The pinatas Roman collects gather dust instead of being whacked open. More relevantly, the teen repeatedly says he doesn’t want to kill himself.

Obsessing over explosions could be the death-oriented way for Roman to get around what may be his internalized homophobia.   One male-only sexual technique is known as a blow job. And Roman does fail to react emotionally and/or physically to several boys who approach him with gifts or a willingness to pay for sex.

Leon becomes the sole person Roman ironically develops an emotional connection to.  Despite the name, the character happens to be a teen girl with an unusual hobby. She collects suicide bomber vests and wears them under her street clothes.  But the girl lacks a desire or reason to flick the vests’ detonator switch. In her sole conversation with Roman, the girl obviously becomes an emotional mirror to the boy’s own obsession with explosions.

How Leon acquired these vests without drawing the public authorities’ baleful eyes is just one of the mysteries left unexplained by the film.  Other unanswered puzzles in Cooper and Farley’s work include the inconsequential presence of adults or the roots of the semi-antagonistic relationship Roman has with his unnamed sister.  Even the meaning of the film’s title never gets explained.

Lacking either the urgency to understand Roman’s strange obsession or a new insight into life in its fictional setting, “Permanent Green Light” ultimately fails to disturb.

Local filmmaker Cameron Mullenneaux’s documentary “Exit Music” deals with one of the great questions of human existence: how should a man live in the face the prospect of his death?  Subject Ethan Rice has lived with this question for literal years.

At the age of three months, the doctors found Rice had developed cystic fibrosis.  This incurable disease progressively damages a sufferer’s lungs until they eventually die from respiratory failure.  Predictions of Rice’s impending demise wound up being continually updated. Now Ethan is 28.

Those seeking to find sentimental inspiration in Rice’s story should look elsewhere.  The film unforgettably shows without melodrama or pity what it’s like to live for years with an incurable illness.

One reality for Ethan is that he’s lost the luxury of making long-term plans.  All he can do is continually make short-term projects involving his music, stop-motion animated short films, and anticipate a concert he wants to attend.  They are the main activities that make him able to get out of bed and cross off another day on his calendar.

Excerpts from Ethan’s music and cinema work pepper Mullenneaux’s documentary.  To the extent that a piece of art reflects its creator’s personality, it can definitely be said there’s a grudging realism characterizing Rice’s output.  There’s more than a little discordance in his music. The subjects of his animated films include both abstract patterns and toy soldier combat where gut wounds are a natural occurrence.

The young man’s creativity didn’t come out of the blue.  His Vietnam veteran father encouraged and nurtured his son’s imagination.  In fact, Rice pere has a workshop containing his paintings and other tactile works of art.

But art is not Ethan’s sole coping mechanism.  He displays a quietly dark sense of humor that avoids sliding into morbidness.  Early on, a very nice buffalo hat that Ethan puts on is presented by him to the Universe as a justification for having another six months of life.  That sort of humorous honesty is certainly better than the rationalizations by Ethan’s peers that his lugging around an oxygen tank is only a temporary inconvenience.

“Exit Music” follows Ethan and his family over the course of a year.  Like Ethan’s stating the obvious about the movie “Titanic,” he does die.  What Mullenneaux shows in touching detail is how her subject comes to accept the path that will lead him to that inevitable moment.  Just because Ethan doesn’t die when predicted earlier doesn’t mean he won’t die at all.

That lack of sentimentality lends a bracing honesty to seeing how other members of Ethan’s family, particularly his younger brother and his father, live with Ethan’s illness.  The younger brother confesses to feeling resentful in his younger days at the attention devoted to Ethan. The father keeps videos and other mementoes of his son as if to give this young man living with cystic fibrosis life beyond what his body will give him.

However relatively short and constrained Ethan’s life may have been, at least Neil Gaiman’s version of Death would have said Ethan got “what everyone gets: a lifetime.”  Thanks are due to Mullenneaux (and the SFFILM organization for helping finance this film) to allow viewers to share a small but precious chunk of Ethan Rice’s life.

The set-up of E. Banaskiewicz and Mateusz Dymek’s drama “My Friend The Polish Girl” is that of a fictional documentary.  The film within this film is shot by rich American Katie. The ambition behind Katie’s first documentary is to make a film allegedly revealing insights into immigrant exploitation in Brexit-era London.  Yet Katie ironically winds up becoming Alicja’s exploiter. The first (and one hopes only) time filmmaker also reveals more about herself than she does her subject.

The fictional documentary’s problems begin with Katie’s choice of subject.  She winds up settling on erratic and unemployed Polish actress Alicja. There is nothing wrong with the actress having either a nice live-in relationship with boyfriend Michael or being physically attractive.  But from a cinematic standpoint, there’s nothing in Alicja’s situation that would justify a film being made about her. Katie, to her momentary credit, recognizes this.

Yet Alicja isn’t precisely a victim here.  She wants Katie to continue filming her, which the amateur filmmaker doesn’t question.  However, despite the months of filming Alicja, the rich filmmaker doesn’t come terribly close to penetrating the actress’ skill at keeping her at an emotional distance.

The unemployed actress also suffers from impulsive blindness and short-sightedness.  She’s willing to trust gold buying scams and quack healers. There’s also her embarrassing cluelessness at not understanding why potential roommates don’t want to share the monthly rent just for a sofa bed and a lack of a room.

Katie’s cinematic ineptitude offers one of the main reasons to watch Banaszkiewicz and Dymek’s film.  This darkly comic tale delivers an entertaining lesson in how not to make a movie. Cute onscreen emojis and random titles repeating an uttered line of dialogue do nothing to hide a narcissistic banality masquerading as experimentalism.  Nothing about this film within a film comes close to Katie’s stated aim of documentary truth. Even the title is misleading as the documentary’s unintentional real subject turns out to be Katie.

Even with the given unreliability of Banaszkiewicz and Dymek’s filmmaker character’s viewpoint, does the viewer succeed where Katie doesn’t and understand Alicja as a person?   There is the impulsiveness and short-sightedness mentioned above. The actress’ uninhibited display of her physical attributes serve several functions, among them a means of manipulation and a way of connecting to others.  It’s likely Alicja’s agreement to let Katie film her speaks more to the Polish woman’s needing an excuse to have a new friend in her life as much as actual interest in the project.

Yet even with this understanding of Katie’s project and the real drama taking place, the film as a whole comes off as a nice try rather than something memorable.

Under a rallying cry of “No Guacamole For Immigrant Haters,” the artist’s Taco Truck Resistance brings both Mexican food and stories of undocumented immigrants to the masses through street theatrical performances.  In this endeavor, Torres-Tama works with his young sons Darius and Diego, Heidi the taco maker, and such performers as Natalie “La Sirena” Jones and Spirit McIntyre.

Samples of the Resistance Theater’s performances show a mix of theatrical styles.  Jones delivers a powerful monologue about being caught between appreciating her father’s supportive love versus the knowledge that he voted for Trump.  Torres-Tama recreates an undocumented immigrant’s terrifying ordeal of being ransomed by criminals. Darius and Diego perform a chant challenging the racism underlying the Trump Administration’s actions.

A sense of urgent impatience underlies Torres-Tama’s project.  He has no patience for gringo art that fetishizes being stuck up its own ass.  His view of the artist’s role is to be a mirror to the people’s pain. Unsurprisingly, that attitude explains why quite a few authoritarian leaders found it necessary to execute boat-rocking artists.

Speaking of authoritarian leaders, the current US president* makes an appearance early in the film.  Even hearing just excerpts of his speeches may tempt some IndieFest audience members to yell “Sieg Heil” in the theater.

Another thing from Dorfman’s film that might disturb audience members is learning that Torres-Tama has been teaching his clearly not high school age sons about America’s historic legacy of racist oppression and murder.  But such education is not about turning the boys into budding revolutionaries. The closer equivalent might be Russell Hornsby’s marvelous Mav from “The Hate U Give.” Torres-Tama’s education lesson like that of Mav’s is intended as a way to give his children a necessary survival tool.  In the artist’s case, it’s teaching a truer if more dangerous history that the dominant society prefers to erase or ignore.

Readers of a certain age will recognize the title as a Hispanic-American take on Woody Guthrie’s legendary slogan “This Machine Kills Fascists.”  The title also rips at the Trump Era canard about “a taco truck on every corner.” Putting the two together results in endowing Taco Truck Resistance attendees with both food for a good cause and hopefully raised political consciousness.