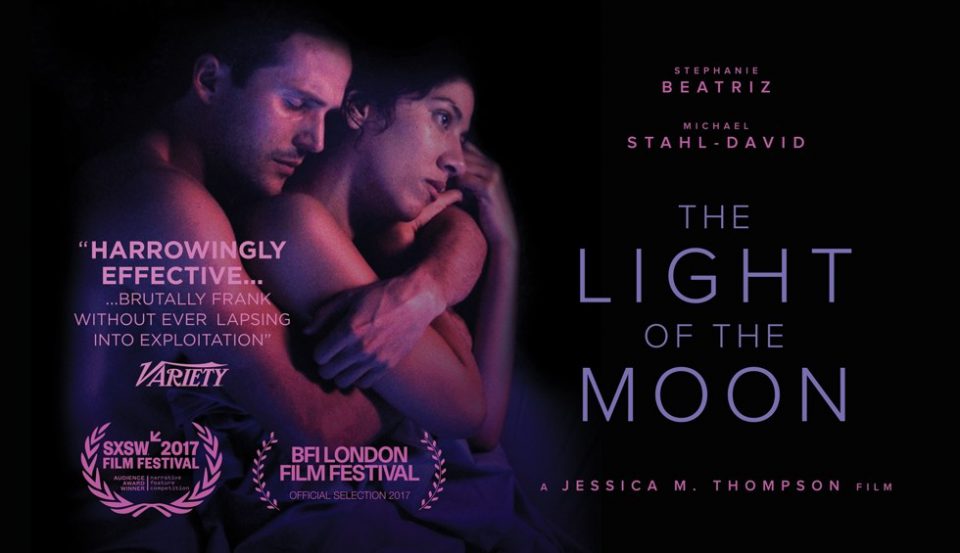 The titular “White Sun” is a metaphor for the clouded brightness of Nepal’s future.  As Deepak Rauniyar’s film shows, such problems as ironbound traditions and political differences make imagining a better life difficult.  Ex-Maoist soldier Chandra has returned to his backwater Nepalese home village to help bury his father.  Yet simmering tensions keep interrupting the burial ceremony.  Sexism keeps women from being involved in the burial.  Maoist vs. royal loyalist friction torpedoes Chandra’s working with brother Suraj to transport their father’s corpse.  Partly comical and quietly tragic, this film manages to speak to dissatisfaction with tradition and political change’s half-measures.

How does a Buddhist monk go from publicly arguing over proper meditation breathing to becoming the face of Myanmar’s Islamophobic religious terrorism?  That monk’s journey is chronicled in the new Barbet Schroeder documentary “The Venerable W.”  Its quietly chilling religious and racist demagogue continually smiles even when he refers to Myanmar’s Rohnigya Muslims with jaw dropping slurs.

Wirathu is the titular W.  This brilliant monk believes his Islamophobic campaign will save his country’s Buddhist majority.  The frequently censored tract “In Fear Of Our Race Disappearing” taught him that Muslim men would destroy Buddhism by marrying Buddhist girls, converting them to Islam, and breeding more Muslims like rabbits.   Reappearances of the tract coincidentally coincide with the ruling military’s interests.  So the tract is less underground expose and more an Islamophobic “Protocols of the Elders of Zion.”

This inconvenient truth hasn’t stopped Wirathu from using his charisma to make anti-Rohingya Muslim bigotry publicly palatable.   Schroeder shows sermons where Wirathu paints Rohingya Muslims as victimizers of and internal traitors to Buddhist society.  As a recollection of the government’s 1978 Operation Dragon shows, this prejudice exists throughout Myanmar civil society.  Wirathu weaponizes that prejudice to encourage his followers to economically strangle Muslims.  Unsurprisingly, the monk constantly refers to Muslims as “kalars.”  That insult is the Burmese version of America’s N-word.

What’s particularly chilling is Wirathu’s effectiveness in rousing his followers to anti-Rohingya violence.   A March and April 2013 campaign resulted in anti-Muslim riots occurring in over a dozen towns across Myanmar.  Disturbing footage shows rioters beating one survivor to death and possibly burning another one alive.

Allusions are made in Schroeder’s film to Wirathu’s financial backers being rich people with ties to Myanmar’s military.  Yet the director doesn’t probe such supporters’ ulterior motives.  A reasonable guess might be that Wirathu is a tool to popularize the idea that correcting social inequities in Myanmar society will destroy the country’s Buddhists.

It’s darkly rich that Wirathu ascribes such malevolent powers to the Rohingya Muslims.  They make up maybe 4% of Myanmar’s entire population.  But self-satisfied Western viewers will choke at a chart Schroeder shows.  People in other countries outside of Myanmar also have exaggerated perceptions of the number of Muslims actually living within their borders.  Two of those countries are the US and France.

Director Jessica A. Thompson’s feature debut “The Light of the Moon” well deserves its SXSW Audience Award for Narrative.  It gives a far too rare take on an unfortunately familiar crime.  Lead Stephanie Beatriz gives a gripping performance far different from her role in the TV comedy “Brooklyn Nine Nine.”

Bonnie (Beatriz) and Matt are a young couple working long hours.  She’s a confident up-and-coming architect.  He’s a stay at home advertising man, except when he frequently socializes with existing and potential clients.  After a late Friday night party, Bonnie gets attacked and raped shortly before she reaches her Bushwick apartment.  Matt’s attentiveness helps her heal from her physical injuries.  But Bonnie starts displaying small tells indicating her emotional trauma’s deeper than she lets on.  Those hidden injuries begin to affect both her career and her relationship with Matt.

An unstated irony is that Bonnie’s and Matt’s day job skills are still insufficient to deal with the emotional fallout from the rape.  Architecture develops order from chaos, yet Bonnie’s fears from the rape clash with her self-image of strength.  Despite being a professional people person, Matt seems unable to do or say the thing that will help his lover move past her trauma.  But then, as the film’s title suggests, both of them barely see the shapes of the rough emotional terrain they’re in.

One refreshing aspect of Thompson’s film is that the story’s criminal pursuit aspect is not its main focus.  Instead, the criminal investigation and prosecution only underscore Bonnie’s own internal turmoil.  She may have had enough wherewithal to save her panties and other tissues for possible DNA samples from the rapist.  But otherwise, she never saw the rapist’s face and she was too drunk to really remember much about him.

Thompson shows part of her heroine’s traumatized state by having conversation drop to a muffled murmur at certain critical moments.  But it is Beatriz’ performance as Bonnie that does the dramatic heavy lifting of showing emotional states that even Matt doesn’t see.

“The Light Of The Moon” works because it shows that even doing some of the right things doesn’t prevent emotional turmoil from happening.  Maybe a better way to help a rape victim heal is to ask “What can I do to help you feel in control of your life today?”