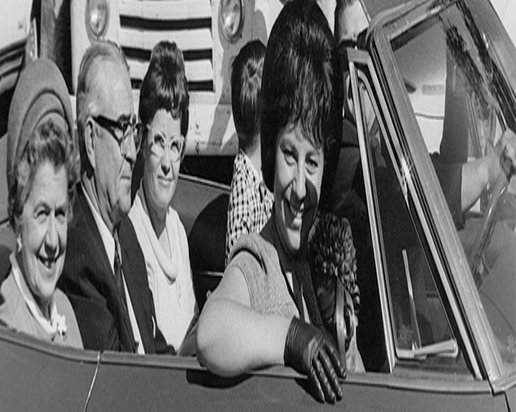 Myrton Running Wolf’s entertaining and informative short “This Is Not An Indian Problem” demonstrates in a little over eight minutes the continuing relevance of the American Indian Film Festival.  The week-long annual film festival, which starts up this Saturday at the AMC Metreon, continues a mission begun in 1975 to offer images and ideas from an ethnic group that general American culture either ignores or ignorantly misrepresents.

Wolf’s short uses spoken word poetry to deliver a flowing and witty riposte to the ongoing controversy over naming sports teams “Indians” or “Redskins.”  It dismantles the main conservative defenses for the practice by redirecting viewer attention to the real issues at hand.  To the onscreen performers, the “freedom of speech” argument is a cover for avoiding addressing public displays of personal ignorance.  The genocidal roots of the term “Redskins” isn’t worthy of celebration.   Equally important, the caricatured Indian mascots used for these teams “honors” its inspirations as much as caricatures with urine-yellow skin and slanted eyes “honors” Asians.

Learning that the controversy discussed in the film erupted at Stanford University proves doubly painful.  The college’s 1972 ban on its football team’s “Indian” mascot has not stopped its continued displays at campus events.  It also demonstrates that having a college education does not insulate a person from being an ideological brother to Rush Limbaugh’s fans.

Wolf goes for the soft pedal approach in trying to change minds.  Appeals are made to the better angels of the pro-Stanford Indians “mascot’s” natures, pointing out their capacity to learn the truth about Native American history.  But having the spoken word poem delivered by a variety of performers of Native American heritage gives undeniable visual substance to the diversity of the Native American community that can’t be ignored.

The U.S. government created the urban Indian community courtesy of the Indian Relocation Act of 1956.  That Act offered Native Americans the chance to leave the reservation, get vocational training, and assimilate into the wider American culture.  In practice, the Borg-like legislation fostered younger generations’ alienation from tribal culture.

Pamela J. Peters’ slight short “Legacy of Exiled NDNZ” introduces the viewer to seven college-age Native Americans living in Los Angeles.  These new generation Native Americans may come from various tribes including Navajo and Lakota.  But abandoning their home reservations is the farthest thing from their minds.  The viewer’s heart swells to hear these representatives of a new generation planning to take their skills and even family future back to their respective reservations to make a difference.  That pride, though, doesn’t quite compensate for the shallow insights of the film.

Some aspects of Julianna Brannum’s documentary “LaDonna Harris: Indian 101” will set some viewers’ teeth on edge.  An old Look magazine headline reads “Warpaint For The Senator’s Wife.”  Johnny Depp serves as Executive Producer on the film.  But the charm and accomplishments of the film’s subject overcomes any initial misgivings.

This warm portrait of the legendary Native American activist showed how she raised the consciousness of LBJ-era Washington politicians appallingly clueless about conditions in the Native American community.  As the film reveals that Harris promoted the then unique concept of tribal sovereignty (among other successes), Harris’ vision of utilizing globalization to unite indigenous peoples around the world gives hope that the harms created by crushing Native American societies will ultimately be repaired.

Those who prefer their political change to be accomplished via violent rebellion will gravitate to John Jota Leanos’ “Frontera! Revolt And Rebellion On The Rio Grande.”  Tribal mythology, snarky humor, and even political rap bring to life the struggle of the Rio Grande’s Native Americans against the Spaniards’ use of the sword and the cross to crush their resistance.

The triumph of Native American tribes over Spanish oppression is always worth celebrating.  However, such stylistic touches as having one narrator be a woman in an Indian casino can’t overcome the short’s ultimate blandness.

White-Native American conflict also exists in Jennifer Cororan’s drama “She Sings To The Stars.”  Yet a far less violent resolution ends that clash.

Grandmotherly Mabel’s desert solitude is interrupted by the arrival of two men.  A car breakdown strands down on his luck stage magician Lyle. Third, Mabel’s grandson, wants to move away from his small desert town yet feels guilty leaving his grandmother behind.

Mabel’s laconic nature hides a spirit tapped into the universe’s higher mysteries.  One could believe her titular singing brings out the stars at night.

Cororan’s empathy for Lyle doesn’t excuse his short-sightedness or faults. Lyle’s sleight of hand feels childish and limited compared to Mabel’s awareness of the universe’s grander mysteries.  Yet the stage magician displays a hunger for embracing a larger universe than he can perceive.  His life of disappointments, including the absence of actual magic, reflects a failure to satisfy that hunger.  However, these setbacks in life still don’t make his casually ignorant racism more tolerable.

Third laudably wants to protect his grandmother.  Yet that protectiveness gives him an excuse to vent his anger and hatred at the far bigger forces that have made his life unhappy.  A willingness to sell his cultural heritage doesn’t make Third’s frustrations morally justifiable, though.

Don’t seek explanations for the weird happenings that occur in the film’s last fifteen minutes.  What happens just happens, period.  Viewer disappointment should be reserved for Cororan’s failure to make the desert where Mabel lives an enigmatic character in its own right.