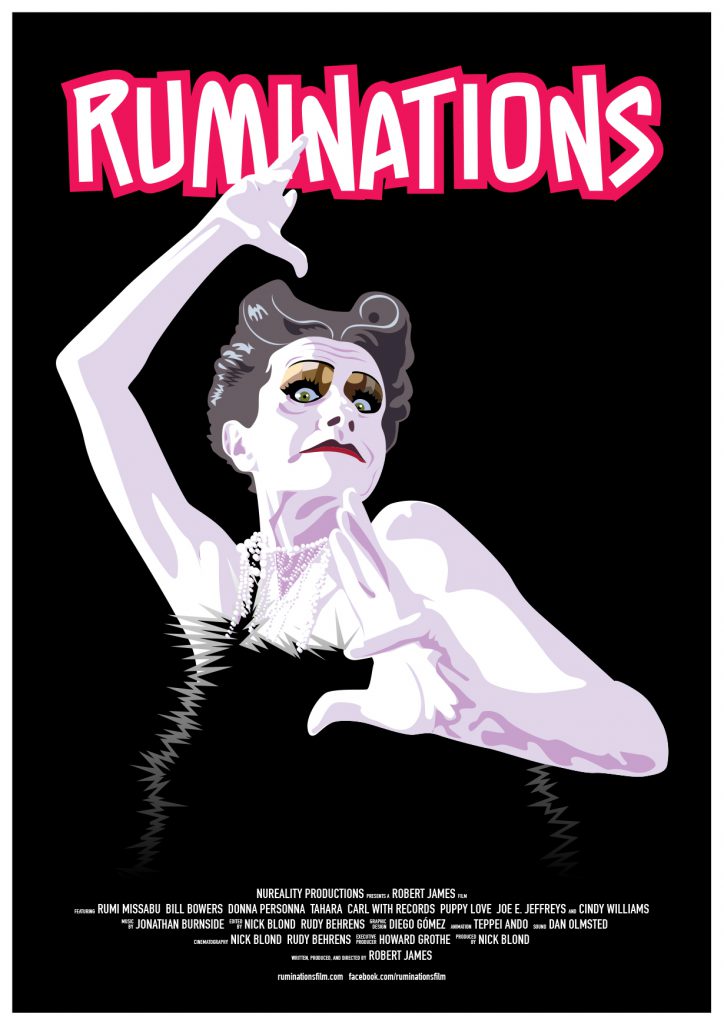 “Stuck” adapts Riley Thomas’ stage musical for the screen.  In it, an unexplained malfunction traps half a dozen people underground in a New York City subway car.  These perfect strangers include a   possibly crazy homeless man (Giancarlo Esposito) and a pharmacy clerk (Ashanti).  But the underground wait eventually brings down these characters’ social barriers and allows them to discover helpful connections with each other.

The original stage cast re-creates their roles for the film.  Aside from Esposito and Ashanti, other actors include Amy Madigan and Arden Cho.  This casting underscores the film’s message that regardless of background, everyone has a story to tell.

“Stuck”’s troubles begin with the weakness of its songs.  This musical’s two best numbers come from Ramon and Eve (the Ashanti character).  Even mostly unsubtitled Spanish lyrics can’t subsume the characters’ emotions expressed touchingly in these songs.  Yet these songs and the other “Stuck” tunes never possess either the musical chops or the musical heft to stick in the memory.

But “Stuck”’s bigger problem lies in its reliance on lazy characterization.  Lloyd skirts a little too close to Magical Negro territory, especially given he’s most helpful with the white characters.  Yet another fictional woman finds happiness in not getting an abortion.  Memories of repeated cat-calling would have provided sufficient trauma for one character instead of the stereotypical incident that made her defensive.  And did the world need yet another fictional socially inept aspiring comic book artist?

Portioning out the characters’ back stories keeps “Stuck” from being utterly unbearable.  Yet it’s hard to find any reason to watch the film again.

Luke Shanahan’s “Rabbit” wastes viewer goodwill early with way too many quick cuts and yawn-inducing ominous thundering music.  By the time the film switches gears from noir to pseudoscience, the viewer could care less about how the film’s story sort of fits together.

The plot, for those who care, concerns Maud Ashton who’s studying medicine in Germany.   One day she gets visions of danger befalling twin sister Cleo.  Yet the twin disappeared more than a year ago and is presumed dead.  Maud’s convinced her visions suggest otherwise and sets out to find the missing woman.  But her search will lead her to discover the sinister reason for Cleo’s disappearance.

Why does “Rabbit” fail to regain viewer goodwill?  The film leaves relevant dramatic conflicts unexplored, particularly Maud’s troubled relationship with Cleo.  Introducing a newer mystery beyond the “where is Cleo” plot doesn’t make “Rabbit” more interesting.  But then, Shanahan displays from the first frames an obvious inability to build mood or tension.

“Rabbit”’s casual racism delivers further demerits.  The film’s only black male character briefly appears to display gratuitous skeeviness towards Maud before disappearing from the story.    Given the big non-reveal, why are only white twins seen in the film’s latter half?

The minor mystery of the film’s title turns out to be a reference to a variation of “hide-and-seek” played by Maud and Cleo as children.  But the film’s bigger mysteries involving fate and identity are eventually revealed as an eye-rolling waste of time.

Aspiring filmmaker Bambi uses the last of her savings to buy a 1968 red Dodge Phoenix.  But her dreams of tooling around in the car fall through when an expected picture deal falls through and she runs out of money.  The accidental discovery that the car can be fueled by drunk people’s blood eventually spurs Bambi to kill people and use voodoo mechanics on her musclecar.  It also means sexually teasing violent skeeve and ex-leading man Randy to help her out.

Labbe’s film delivers a hilariously entertaining ride that has no room for logic or taste in the passenger seats.  The of-course blonde Bambi may have been a stripper.  But that’s just an excuse to not think too hard about her frequently skimpy clothing or the camera’s totally innocent tendency to cast long lingering looks at Bambi’s body.   The deaths needed to fuel the Phoenix involve spilling enough blood to outdo the average Keystone XL pipeline leak.   Of the murders that occur, nothing will top the death by pizza cutter.

“Musclecar” is cheerfully unashamed of its ridiculous premise or execution.  It entertainingly gives lucky viewers gleefully trashy leers and repeatedly sticks its figurative tongue in their ears.

David Weissman and Bill Weber’s classic documentary “The Cockettes” introduced a new generation of viewers to such colorful characters as Cockettes co-founder Rumi Missabu.  Now Robert James’ documentary “Ruminations” puts Rumi front and center.  In the spotlight, Rumi’s colorful tales of times past have the breadth of an R-rated picaresque novel.  The more prudish viewer will need a wheelbarrow full of smelling salts while watching this film.  Far sturdier Bay Area residents will laugh and gasp at Rumi’s outrageous recollections.

In the more boring and mundane world Rumi Missabu was born John Bartlett.  But his childhood and adolescence could hardly be called ordinary.  It included a pro-white supremacist father and a sister who chopped off one of her toes to get attention.  The path from the hellhole of Lewiston, Idaho to San Francisco and Beyond included a stop rooming with actress Cindy Williams (the Shirley in TV’s “Laverne and Shirley”).

Rumi’s time with the Cockettes, as well as the film made about the drag group, are discussed with clips from such classic Cockettes films as “Elevator Girls In Bondage.”  The viewer hears from Rumi’s contemporaries, including costume designer Bill Bowers, photographer Dan Nicoletta, and even Rumi’s fiercest critic Tahara.  However, the film doesn’t quite make clear why Rumi’s fellow Cockette had it in for him.

But “Ruminations”’ major appeal comes from learning about the colorful second act of Rumi’s post-Cockettes life.  He’s still involved in doing theatrical productions with a new generation of performers, albeit in New York City.  Surviving the AIDS crisis involved Rumi’s having sequential affairs with three brothers.  Nor has age put paid to Rumi’s romantic life.

James breathes life into the raw material of onscreen interviews and period imagery by entertaining enhancements.  The story of Rumi’s affairs with the three brothers is done as a twisted situation comedy.    Animation drawn onto old family footage gives the past a soupcon of raciness.  Guaranteed to generate laughter or screams of disgust depending on the viewer’s taste is a story about homemade bread with an unconventional glaze.

Despite a relatively trim running time and the specter of Rumi’s life approaching its end, the viewer will wind up wanting Rumi to continue being fabulous a little bit longer.