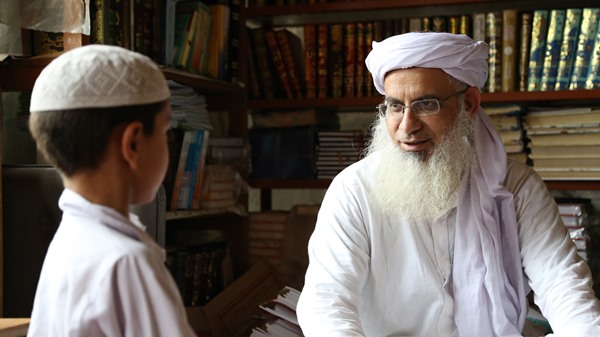 The three people profiled (Katimah Priforce of Qeyno Labs, Kimberly Bryant of Black Girls Code, and Van Jones of #YesWeCode) sponsor hackathons.  These events teach the attending youth of color how to create useful apps for their daily lives.  Hackathons deliver to these youth both important job skills and the self-confidence to consider tech careers.  The mother of one future hacker even drove her child from New York City to Baton Rouge to participate in one such event.

Of the film’s subjects, Priforce’s life story is particularly memorable.  He was a foster kid who held a hunger strike at age eight for access to more books.  That led to an eventual life-changing encounter with a Buddhist nun and a mission to open up the world to poor youth.

Amis’ short will inspire viewers to want to help expand the work of the film’s entrepreneurs.

Also inspiring is S. Leo Chiang and Johnny Symons’ documentary “Out Run.”  The Philippines’ Ladlad Partylist is the world’s only LGBT political party.  Ladlad candidates Bemz, Raymond, and Danton hope to be elected to the Philippine National Congress so they can have laws passed protecting the Philippine LGBT community’s rights.

Chiang and Symons capture the Philippine political and social realities the candidates fight against.   Limited campaign finances rules out TV advertising or vote buying.  Ladlad lacks resources to campaign on all 7,100 Philippine islands.  Cries of “bakla” (the local equivalent of “faggot”) start up the minute LGBTs stray out of their social ghetto.

The filmmakers honestly depict the difficulty of the Ladlad candidates’ decisions and the mistakes that they make.  The viewer ends up appreciating Bemz, Raymond, and Danton’s efforts to make a difference in this heavily Catholic country.

Historian Sidney’s efforts to find evidence for this forgotten tale lead him to Aloisio Silva and Argemiro Santos.  Silva’s and Santos’ accounts, a highlight of the film, chills the viewer with tales of names replaced by numbers and emotional trauma that literally lasts decades.

Despite its recounted horrors, Franca keeps a matter-of-fact tone to the film.  Maybe a stronger air of encouraging viewers to reach for the torches and pitchforks would have given “Boy 23” a stronger emotional impact.

The shocking must-see of this year’s UNAFF is Hemal Trivedi and Mohammed Naqvi’s “Among The Believers.”  It’s a look inside the world of the Red Mosque, a Pakistani madrassa chain dedicated to turning out radicalized students of Islam.

Heading the Red Mosque is central subject firebrand imam Abdul Aziz Ghazi, an open ISIS supporter and Taliban ally.  He’s very open about his ultimate goal of turning Pakistan into a showcase for implemented strict shariah law.  The confidence he displays onscreen is that of a man willing to play the long game to implement his dream.

What makes “Among The Believers” superior to Faux News’ Islamophobic half-truths is the context it provides for why Ghazi’s brand of Islam has flourished.  Ghazi’s exploiting the failures of Pakistan’s secular government (e.g. political and judicial corruption) doesn’t sound all that different from similar pronouncements from America’s Religious Right.  The Red Mosque madrassas offer their poor students food, clothing, housing, and medical care…for free.  Finally, the GOP’s Saint Ronald of Reagan had a hand in militarizing Islamic jihadists.

The educational efforts of Dr. Pervez Hoodbhoy and the story of ex-Red Mosque student Zarina shows that Ghazi and his believers definitely don’t speak for all Muslims.  It is in Dr. Hoodbhoy’s successes and setbacks that hope for the future can be found.

Pan-Arab nationalism with its emphasis on turning Arab countries into modern states provided an opening for the emancipation of women.  But not every Arab state displayed the will to emancipate of Tunisia’s president Habib Bourguiba.  Ben Mahmoud explains how pan-Arabic defeat in the Six Day War and the Gulf Arab states’ ultra-monetarist oil wealth prosperity unfortunately rationalized Arab nations’ regression of women’s rights.

The shade of early Arab feminist Tahar Haddad would not be depressed by “Feminists, Insha’allah!”  Ben Mahmoud shows Arab feminism still lives today.  There are women who use theater, punk rock, and even nude Facebook selfies to declare women’s bodies independent of men’s honor and decry male prerogatives to control women’s bodies.