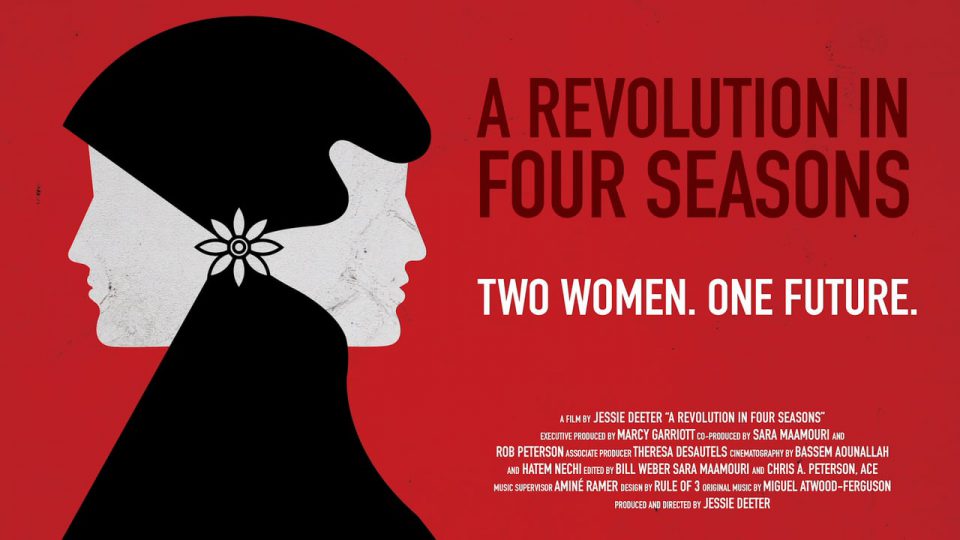 Is Charlie Lyne’s documentary “Fear Itself” an autobiographical look at the filmmaker’s relationship to horror films?  Personal details such as mentions of recuperation from an accident and an incident at a funeral pepper the voiceover narration.  Yet is offscreen narrator Amy E. Watson supposed to be the filmmaker’s stand-in or an Everywoman?

Lyne can’t be knocked for the rich variety of horror film clips accompanying the documentary’s narration.    There are clips from such well-known films as “Carnival of Souls,” “The Spirit of the Beehive,” “Psycho,” and “Mulholland Drive.”  Obscurities are represented by “Uzumaki” and “The Man Who Haunted Himself” among others.  The excerpts eschew death-dealing violence or gore for the pleasures of building viewer dread.  A boy following a toy sailboat down a city street has an unexpected encounter in “It.”

But for all of Lyne’s technical craft, this most conservative of genres receives neither deep insights nor original perspectives.  For example, the commentary’s not needed to deduce from “Hollow Man” the perverse possibilities of invisibility.

Sampling obscure horror films is pleasurable.   But “Fear Itself” as a whole offers nothing noteworthy for non-horror fans.

The onscreen life versus real life conflict receives better treatment in Gabriel Nicoli’s debut feature “2001: While Kubrick Was In Space.”  Here, the grand future and mystery of Stanley Kubrick’s classic “2001: A Space Odyssey” collides with both teen angst and real-life worries.

Space exploration was the farthest thing from the minds of many Argentinians in 2001.  The Argentine economy was in danger of flatlining.  Street riots and shootings had become prevalent.

For Buenos Aires teenager Felipe, Kubrick’s space fantasy provides a rare comfort in those troubled times.   Felipe’s friendship with big-talking Valentin provides another small support while the nation seemingly collapses.  Finally, his on-again off-again romance with Julieta might blossom into something more.  The teen trio’s relationships get tested thanks to Valentin’s countryside road trip to a World Paper Airplane qualifying competition

Nicoli peppers his film with clever references to Kubrick’s masterpiece.  A film excerpt, the “HAL locks Dave Bowman outside the spaceship” sequence, is de rigeur.  But the opening sequence of Valentin destroying a statue playfully refers to “2001”’s Dawn of Man sequence.  Later, Felipe delivers an electronic keyboard rendition of “Also Sprach Zarathustra,” the piece of classical music “2001” popularized.

But what makes Nicoli’s film one of IndieFest’s gems is its capturing the sense of the yawning gap between even a possible taste of transcendence and the real world circumstances that can crush spirits.  Felipe, Julieta, and Valentin may have small dreams.  But even pursuing one’s dreams in a pink car beats succumbing to nihilism.

Another S.F. IndieFest gem is Jessie Deeter’s moving, rousing, and hopeful documentary “A Revolution In Four Seasons.”  It tackles such important subjects as preserving political openings in a post-Revolutionary period and the co-existence of Islamism and democracy.

Tunisia, the documentary’s setting, unexpectedly became the birthplace of the Arab Spring.  This supposedly stable country shocked and inspired the Middle East after a peddler’s suicidal immolation sparked rebellions that ultimately led to the ouster of its President Ben Ali.  Yet could a country that had never known democracy actually implement it?

Deeter picks two exceptional women on opposite ends of the political spectrum to capture the nuances of this struggle for Tunisia’s future.  Emna Ben Jemaa is a secular journalist and blogger who participated in the Revolution and became one of its heroes.  Jawhara Ettis is an Islamist English teacher who winds up becoming a member of the post-Revolution Parliament tasked with writing Tunisia’s new constitution.  The film follows these two idealistic women over four tumultuous years as their personal and political lives undergo major changes.

One of the political flashpoints in Deeter’s film concerns women’s freedom and independence.  A Euro-centric attitude towards women’s rights and freedoms was one of the Ben Ali regime’s saving graces.  Emna fears the Islamists of Ennahda will use the drafting of the new constitution to curb women’s rights.  Jawhara considers herself a feminist as she was one of the first women to become an active part of the formerly banned Islamist political party.  But her efforts to balance democracy with preserving Islamic ideals don’t include, say, approving of women in bikinis.

The viewer comes to love both subjects for displaying strong ethical integrity.  Emna uses her journalistic platform to keep watching the post-Revolution Parliament’s activities.  She and boyfriend Bassem use online media to target such social problems as police brutality.  Jawhara users her political position to be an advocate for the villagers from her home district of Tatouine.  But she continually displays a commitment to look out for Tunisians’ future.

Deeter’s honesty in chronicling the Tunisians’ efforts to establish democracy means acknowledging the setbacks that crop up.  Distrust between the secularists and the Islamists leads to deadlocks and arguments.  Popular frustration starts spurring a resumption of public protests.  Particularly grave are the assassinations of a pair of secular leaders.  What eventually saves the whole process is Ennahda’s demonstrations of its support for democracy.

Given current events, it’s far too soon to call Deeter’s film an uplifting testament of hope.  But it can be honestly said that Deeter (with the help of San Francisco Film Society’s fiscal sponsorship) has crafted a compelling chronicle of political promise in a region Americans too readily dismiss as beyond change.