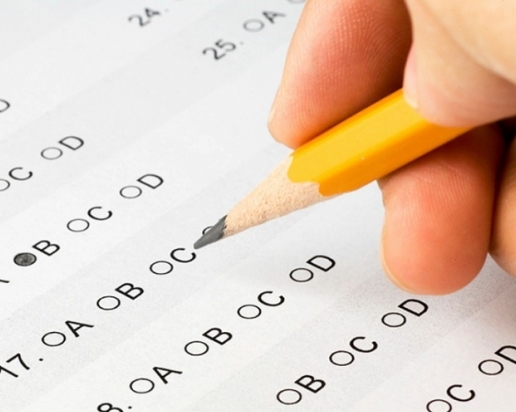 The four corporations that dominate the U.S. standardized testing market spend millions of dollars lobbying state and federal officials — as well as sometimes hiring them — to persuade them to favor policies that include mandated student assessments, helping to fuel a nearly $2 billion annual testing business, a new analysis shows.

The analysis, done by the Center for Media and Democracy, a nonprofit liberal watchdog and advocacy agency based in Wisconsin that tracks corporate influence on public policy, says that four companies — Pearson Education, ETS (Educational Testing Service), Houghton Mifflin Harcourt, and McGraw-Hill—  collectively spent more than $20 million lobbying in states and on Capitol Hill from 2009 to 2014.

The analysis notes that of the four, only one, Houghton Mifflin Harcourt, has signed the  Student Privacy Pledge, an initiative by the Future of Privacy Forum and the Software & Information Industry Association to get K-12 school service providers to pledge to safeguard student privacy built around a dozen commitments regarding the collection, maintenance, and use of student personal information. Currently 127 providers have signed it.

Here’s a summary of findings from the new analysis on lobbying by testing corporations:

Pearson Education: Apart from $8 million spent lobbying from 2009 to 2014, Pearson also underwrote untold sums on luxury trips for school officials. A crackdown by the New York attorney general led to a $7.7 million settlement in 2013, and the shuttering of the “charitable” organization used for the scheme. The company is currently embroiled in a lawsuit in New Mexico for alleged bid rigging when landing an “unprecedented” $1 billion contract for K-12 testing with no other bidders, an allegation the company denied but which warrants greater scrutiny by policymakers.

ETS (Educational Testing Service): The $1 billion-a-year nonprofit pays its directors for-profit salaries. Outgoing president Kurt Landgraf received $1.3 million in total compensation in 2013. ETS has lobbied against legislation to require agencies to “immediately initiate an investigation” after complaints on “inadequate” testing conditions. It also lobbied against a bill designed to safeguard pupil data in subcontracting. ETS has also developed guidelines for tests which explicitly ban any mention of evolution and global warming.

Houghton Mifflin: With revenues of $1.37 billion in fiscal year 2014, the company holds a 44 percent market share in Common Core testing and has its sights set on the pre-K testing and training market, crediting the federal government with creating “more opportunity in the early childhood market space from birth to eight” for revenue and profits. [Harcourt Mifflin says that 44 percent represents its “addressable market share for U.S. instructional resources K-12” which includes non-Common Core. The company also says it does not offer any high-stakes Common Core assessments.]

McGraw-Hill:  With rapid expansion of its testing business to make up for lost revenues from its textbook segment, McGraw-Hill’s state tests have been disrupted by “glitches” in multiple states, affecting tens of thousands of students taking the high-stakes exams. The company has so far refused to sign the Student Privacy Pledge.

The analysis says that Pearson and ETS have lobbies against privacy protection for student data; Pearson, it says, “continued to monitor” what  impact the “legislative and regulatory activity on the Children’s Online Privacy Protection Act” would have on its products, according to the corporation’s federal lobbying reports from 2013. It also says that in 2014, ETS lobbied heavily for the introduction of a statewide testing system in California and against a bill requiring test agencies to “immediately initiate an investigation” after complaints on “inadequate” testing conditions, while also lobbying against a bill designed to safeguard pupil data when Local Education Agencies (LEAs) sign contracts with third-party entities.

The analysis also says that such lobbying has been lucrative for the companies, helping to fuel a testing industry that is worth nearly $2 billion a year. For example, here’s what it says about Pearson, the largest education company in the world:

*While “declines in state assessment contracts,” held back profits in 2012 and 2013, these were more than offset by contracts for federally mandated tests, such as the NAEP, which kept the company from out of the red on the North American market, which accounts for 54% of business.

* Since then, the company has expanded its state testing presence dramatically. In the first half of 2014, Pearson administered 9 million high-stakes K-12 tests for a total increase in testing volume by 38 percent over the same period in 2013.

* In the past six months, company shares have seen a dramatic upsurge of 15.5 percent with a current market capitalization of $17.9 billion. During the same period, the NYSE Composite Index saw a modest 1 percent increase.

* Caveat: Whether increased testing revenue contributed to this is unclear, but it comes in the wake of an “unprecedented” $1 billion deal to administer high-stakes testing for the member states in the PARCC consortium, as well as an expected $500 million contract with Texas. Analysts predict a further “low-single digit boost in the new materials and testing business in 2015.”

It is also revealed that some former government officials wind up being hired by testing companies. For example, according to a 2013 report by the Texas State Auditor, 11 “former employees who worked on student assessment” had gone on to work for Pearson.

The analysis also says that all four testing companies have donated to the Foundation for Excellence in Education, founded by former Florida governor Jeb Bush, with Pearson writing three checks totaling at least $125,000 between 2012 and 2014.1 The foundation is a member of the American Legislative Exchange Council, better known as ALEC. The analysis says that “open records requests from the watchdog group In the Public Interest reveal how FEE has acted both as a bill mill, and as a broker, setting up meetings between corporate donors and state education commissioners.”

You can read the whole report here.

This piece first appeared in The Answer Sheet Blog