Remaking Cities: The Time is Now! 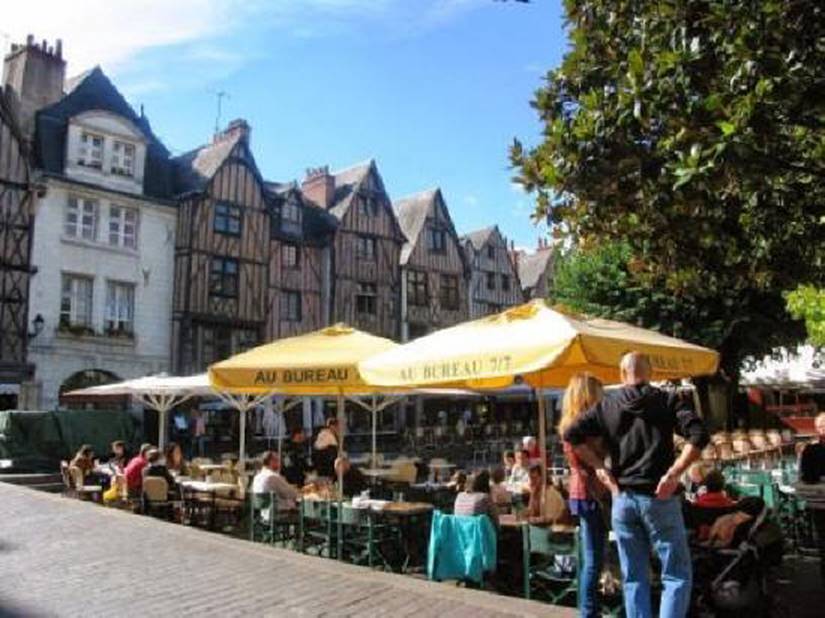 COVID19 offers cities steep challenges and even larger opportunities. The time to seize these opportunities is now.

What do Los Angeles’ blue skies, Oakland’s car-free streets, the unhoused moving to hotels, the risky future for restaurants, bars, and entertainment venues and links between high coronavirus rates and overcrowded housing all have in common? They have increased political support for a more sustainable and affordable urban America.

The challenge is seizing the political moment. Because when a moment when the political forces are rightly aligned passes—as it did in 2009-10 for immigration reform and gun regulation —-it does not soon return. The NY Times’ Ginia Bellafante reminded us that for all the talk in New York City about major changes after 9/11 and Hurricane Sandy, the city ended up worsening the land use status quo.

So now is the time to get to work. Activists must start building new alliances and broader coalitions that can begin remaking cities.

Consider the idea of closing streets to cars for outdoor dining. Many restaurants cannot  survive with social distancing rules sharply reducing interior seating. I wrote last week how San Francisco’s Golden Gate Restaurant Association predicts 50% of the city’s restaurants will close—that’s an outcome that politicians will try to avoid.

The easiest way is shifting tables outside. This occurs annually in New York City’s Little Italy during its September Feast of San Gennaro festival. It’s also routine in France, as the accompanying photo shows.

Before the pandemic the idea of closing restaurant-filled streets to cars was a non-starter. But even the most successful restaurant areas like San Francisco’s Valencia Street will see a huge loss of businesses absent outdoor eating. Bike and pedestrian advocates were often at odds with restaurants over street parking; now they can unite around opening up car-free streets for outdoor dining.

Politicians do not want to be seen killing popular restaurants, bars and clubs in favor of car traffic. The time is now for restaurant-urbanist coalitions to secure the political support for closing streets to cars after 4pm and opening them for restaurants. Heat lamps and tents can be installed to deal with inclement weather.

If you doubt the prospects for this scenario, talk to a restaurant owner about their future. It will not be a hopeful conversation.

COVID19 also increases support for building a lot more housing. As reported in a study by NYC’s Furman Center, the coronavirus is linked to overcrowded housing, not neighborhood density. A story posted by Abundant Housing LA found similar results in Los Angeles.

Will the health impacts of overcrowding get homeowners to stop opposing new apartments? No. But the pandemic’s link to overcrowding shows the importance of pro-housing advocates building stronger relationships with the doctors and health care experts who voices have heard from so often during the pandemic. This connection has been lacking in past YIMBY campaigns. It offers a new opportunity to expand the political support for new housing.

Advocates for the unhoused have effectively integrated health experts but those advocating for building more housing to relieve overcrowding have not. As I argue in Generation Priced Out, the health problems associated with those living in overcrowded units shows there is nothing “progressive” about cities not building enough housing to meet job and population growth.

True, a few months of bluer skies has not radically changed political opposition to legalizing apartments and increasing density on transit corridors. But combining the pandemic’s positive environmental impacts with increasing support for reducing long car commutes broadens the political base for new housing. And when climate change quickly replaces the pandemic as a source of concern, the connection between housing policy and climate policy will be more widely understood.

Portland and Seattle have built politically powerful coalitions between environmental groups and housing advocates. But as the Bay Area chapter of the Sierra Club has long shown, many older environmentalists see development itself as anti-green. This means that housing and younger green activists need to work harder on creating an greed agenda. There is no reason they cannot find common ground that leads to increase housing density and supply.

And if efforts to unify enviros and housing advocates have failed in the past, try again. The pandemic should have opened up attitudes on both sides.

I wrote about the pandemic increasing prospects to reduce homelessness on March 24 (“Will the Coronavirus Help End Homelessness?“).

COVID19 has changed the political dynamics around homelessness in two key ways.

First, cities moving people from shelters to hotels face a big fight over returning them to the streets or shelters after the pandemic. There will be mass protests against this. And they will occur in Democratic cities in the months leading up to the November elections.

Democratic politicians do not want this to happen. And Congress, state and local governments and philanthropists can stop it from happening by ensuring permanent housing for those previously living in hotels.

Yes, money has been the key obstacle to this in the past. That leads to the second key change: the pandemic showed the middle and upper class that their own health is impacted by the unhoused. From subway trips to walking down sidewalks to virtually all public events, the well housed are in contact with the unhoused. The well-housed reduces their own risk of contracting the virus by reducing the numbers of those without homes. This should broaden the political and financial support for transitioning those housed temporarily in hotels into permanent housing.

I realize that the lack of in person contacts, social distancing, and shelter-in-place orders makes this a curious time to consider building broader political coalitions. But it can be done. And the alternative is  allowing the forces backing an unsustainable status quo to again prevail.

We can’t let cities stand pat. Urbanists either seize the moment or look back with regret at the missed opportunity.

Randy Shaw discusses how to create broad, winning coalitions in The Activist’s Handbook.