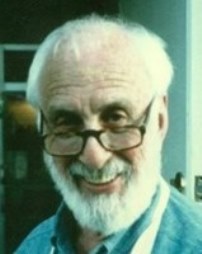 No one had an unkind word to say about Judge Edward Stern, who passed away last week at age 96.  He was a gentleman who always sought to do what was right and fair.

Judge Stern grew up in New York, flew 38 combat missions in the Army Air Corps and graduated from Harvard Law School in 1945.  During the mid-1960’s, Judge Stern undertook the dangerous task of going to Mississippi to work to secure voting rights and fair congressional representation for African-Americans.  Until he became a judge in 1979, he was a lawyer at Stern, Stotter, Rosenberg, & O’Brien in San Francisco.  Marty Lurie covered many of Judge Stern’s virtues in a segment of his Giants pre-game show last weekend that is worth a listen.

Although I appeared in front of Judge Stern when he was a judge and later participated in mediations where he settled cases, I would like to memorialize an accomplishment for which I had a front row seat as a representative of the Bar Association of San Francisco: his role in preserving and protecting the program that provides highly experienced private representation to indigent criminal and juvenile clients in San Francisco when the Public Defender has a conflict of interest or is otherwise unavailable.

Today, San Francisco enjoys a highly successful program administered by the Bar Association to provide representation in such cases.  Experienced attorneys must submit not only a thorough and rigorous application, but each applicant, whether new or renewing, is also tested through a confidential and comprehensive peer reference process. Attorneys are paid hourly albeit at rates substantially less than in privately retained cases.  The involvement of a broad spectrum of private counsel provides quality representation and enhances the overall quality of practice in San Francisco.  Judge Stern, as presiding judge of the criminal courts, understood the importance of assuring high quality legal representation for everyone accused of a crime and that the nature and success of such representation was not inevitable.  In the late 1980s and early 1990s, less-qualified, but hopeful, vendors targeted the conflicts program as a potential profits center.  The applicants promised to be cheaper, not an unappealing prospect, but Judge Stern and others, saw that the cost in quality of representation would be too high.  One entrepreneurial law firm’s owner flew around the state in a private plane visiting counties where he had presumably profitable contracts.  Then there was the community law office that claimed it could cobble together a cheaper program.  Neither had a framework for assuring quality representation.  These enterprises were primed to hire the most economical attorneys, certainly not the best.

As Presiding Judge, Edward Stern strongly supported the Bar Association’s involvement in assuring high quality representation.  He knew experienced and committed attorneys were also efficient and cost effective.   He attended several Board of Supervisors meetings, explaining to an occasionally unreceptive Board and audience that the representation of the criminally accused was not an area where saving money should hold sway over quality of representation.  At one point, then-Supervisor Terrance Hallinan had to forcefully intervene and educate the audience about Judge Stern’s civil rights bone fides.  Judge Stern was strong in his convictions, but he was not about to shout anybody down.  In the end, the Bar Association program continued and today it is a national model of effective representation at a reasonable cost to the government.

Before and after, other presiding judges supported the Bar’s program, but not with the force and persuasion of Judge Stern.  His commitment was deeply rooted in his strongly held belief that every poor person deserved the best defense.  The quality of representation of indigent defendants in San Francisco is a memorial to him and his efforts and reports by the Controller’s office over the years have proven the cost effectiveness of maintaining a panel of attorneys qualified to take on this important work of the City.

Judge Stern was not happy about retiring to become a JAMS mediator in 1994. He preferred the multifaceted administration of justice that is the job of a judge to the transferring of money from one person’s pocket to another’s, as he put it, that is the task of a “neutral.”  I was not a close friend, but over the ensuing years, I saw Judge Stern from time to time, including an enjoyable lunch at the Hayes Street Grill a decade ago.  Although age took its toll, Judge Stern remained the thoroughly honorable person he was on the bench and when our paths crossed, it made me happy.  His death is a great loss to our community.

Stephen Kaus, who practiced law in San Francisco for 34 years, is a Judge of the Alameda County Superior Court.