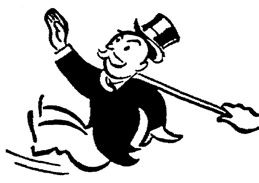 The passage of Proposition 30 is sweet revenge for those who fought for a not-dissimilar state initiative way back in 1996 – Proposition 217.

Prop 217 was a “tax the rich” initiative back in the days when such rhetoric was not thrown around so freely as today. Prop 217 was modest compared to Prop 30. It aimed only to stop a tax cut for the wealthiest 1% of California taxpayers, amounting to $800 million per year. The battle cry for the campaign was “Stop the Tax Cut for the Rich.”

The defeat of Prop 217 was secured by a last-minute $1.75 million campaign contribution from the likes of the California Chamber of Commerce, Chevron and Hewlett Packard. This pot of money was what switched Prop 217 out of the victory column.

Compare that $1.75 million wallop to the controversial $11 million dollars aimed at defeating Prop 30, laundered by a shadowy, Arizona-based outfit with the humorous name of Americans for Responsible Leadership. What did the trick in 1996 was an expensive, abysmal failure in 2012.

Multiply that lost $800 million in annual revenue by 16 years since 1996, and our rich friends saved themselves a cool $12.8 billion – and cost schools and other public services dearly.

Marc Norton was a founding member of the now-defunct San Franciscans for Tax Justice. He is currently a bellman on involuntary lay-off from Hotel Frank. Contact Marc at NortonSF@ix.netcom.com, or through his website at http://www.MarcNorton.us.