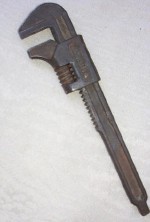 While Democrats were being thrashed across the nation on Tuesday, California offered a glimmer of hope for progressives. Jerry Brown beat Meg Whitman, and Barbara Boxer easily won re-election. And if Kamala Harris holds onto her slim lead in the Attorney General’s race, Democrats will have swept every statewide office (including progressive heroes Dave Jones and Debra Bowen) – proving once again that, even in the most depressing election years, California is still a deep-blue state. But the passage of the low-profile Proposition 26 – which requires a two-thirds vote for all fee increases in the state legislature and at the local level – will make it virtually impossible for Democrats to seriously address the budget crisis, or combat global warming. It was heartening to see voters defeat Prop 23 and pass Prop 25, but the passage of Prop 26 renders these victories practically meaningless.

California voters showed in this election that they are more progressive than the rest of the country – and that in the Golden State, it is possible for activists to get their message out effectively. Environmentalists worked hard to defeat Prop 23, which would have repealed the state’s landmark global warming law. And after having written for years about our state budget’s absurd “two-thirds” rule, I would be lying if I said I was not ecstatic to see Prop 25 pass by a nine-point margin – bringing majority rule to California.

But with Prop 26, it’s one step forward – two steps back. Much of the implementation behind AB 32 (the global warming law that is now safe, thanks to the defeat of Prop 23) relies on charging fees for polluters. Due to Prop 26, these fees will now require a two-thirds vote by the electorate for local fees – or a two-thirds vote of the state legislature. So while AB 32 may be safe, Texas oil companies indirectly killed it with Prop 26.

The same goes with Prop 25, and the state budget. California has a revenue problem, but the “two-thirds” rule gave us an Alabama budget for a deep-blue state each and every year. Many advocates were upset that Prop 25 only lowered the threshold for the budget and not taxes, but I enthusiastically accepted the compromise because it would (a) still stop Republicans from holding the budget hostage after taxes are off the table, and (b) the legislature could still pass reasonable fee increases in the budget by a majority vote.

But with Prop 26 having passed, the latter is no longer true. We can now pass a budget by a majority vote, but it will include horrific spending cuts in social programs – which the Democrats will get blamed for. In many ways, we are still back to where we were.

Environmentalists fighting Prop 23 were slow to realize that Prop 26 posed an equal threat to AB 32 – and in the final two weeks, mobilized to campaign against it. But it was too little, too late. And while unions who ran the “No on 26” campaign worked in concert with “Yes on 25,” we didn’t see the same level of grassroots organizing against Prop 26 – and it showed with results. Prop 25 passed in swing areas like San Joaquin County, but those same voters also approved Prop 26 – which passed statewide 53-47.

In fact, I was quite critical of the “Yes on 25” campaign’s messaging – even if I wanted the measure to pass. By attacking the state legislature and stressing the need to pass an “on-time budget” (Prop 25 penalizes legislators by cutting their pay when the budget is late), they indirectly helped pass Prop 26. If you get voters to pass Prop 25 because they hate and don’t trust politicians, the same voters are going to make it more difficult to raise fees.