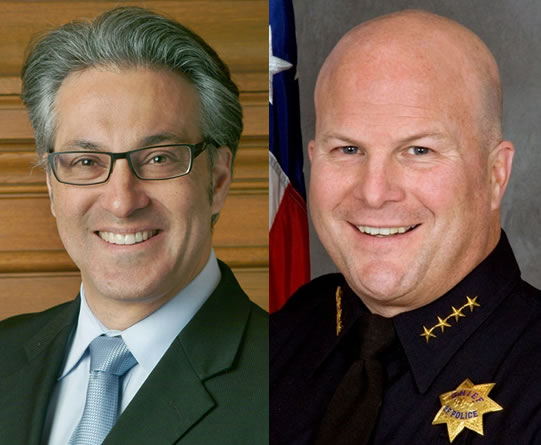 A plan to sharply increase the number of Tenderloin police offers on the streets has stalled despite broad support. And the neighborhood’s seniors, children, disabled residents and working people are paying the price.

I described on March 26 how SFPD Chief Greg Suhr was holding up implementation of a strategy that would significantly increase Tenderloin police presence at no cost to the city. The strategy, known as “Station Transfer Units,” would shift responsibilities during the booking process from the police making the arrest to sheriff’s deputies. Instead of spending three hours after arrests sitting around the jail, Tenderloin officers would be back on the street.

Considering the large number of Tenderloin arrests, the potential increase in police time on the streets from making this policy change is staggering. That’s why the plan’s failure to launch is so disturbing.

It was reported this week that crime is down on MUNI by 30% since October due to an increased police presence, which SFMTA Director Ed Reiskin estimates as an additional 10,000 police hours through the middle of this year. According to Chief Suhr, “Having more uniformed SFPD on buses has proven to be a tremendous deterrent to crime as evidenced by the drastic drop in robberies on Muni all over the city, and with regard to crime on historical problem routes.”

Let’s apply Suhr’s logic to the Tenderloin, which officially had 93 arrests in April (it actually had many more but arrests by special officers aren’t counted). It takes 3-4 hours per arrest, and two officers are involved with each case. To be conservative, I am going to use the 3 hour figure, which means that the station’s officers spent 279 hours (93 x 3) on arrests each month.

Since arrests typically involve two officers’ time, the 93 arrests resulted in Tenderloin officers spending 558 hours a month sitting at the jail rather than being in the Tenderloin. Multiply by the 12 months of the year, and shifting to a new booking policy would add roughly 6,696 police hours to the Tenderloin for two officers alone.

If 10,000 additional officer hours dropped MUNI crime by 30%, they could bring similar results by spending 6,696 more hours each year in the Tenderloin. And when you add arrests in the Tenderloin by officers not stationed there, even more hours on the streets are created.

Adding nearly 7000 hours of Tenderloin police on the streets has one major advantage over the MUNI plan, which is based on a one-time federal grant: it is sustainable. It will not cost the city a single dollar to change booking policies, and will actually save the city hundreds of thousands of dollars in not having to pay police overtime (a booking at 3pm that takes three hours means two to three hours of paying double time).

Here we have a great opportunity to increase Tenderloin safety, and it will not cost the city a dime.

So why is a strategy that would make life better for 4000 Tenderloin kids and all others connected to the community not implemented?

The answer seems to come down to the weak working relationship between Sheriff Mirkarimi and Chief Suhr.

The Sheriff and the Chief

As I described in my March 26 article (see above link), Sheriff Ross Mirkarimi is a huge fan of Station Unit Transfers. He pledged during his campaign to have deputy sheriff’s take over this function, and he sought to implement it soon after being reinstated as sheriff.

Mirkarimi’s staff was negotiating the issue with Deputy Chief John Loftus, who retired at the end of 2013. The Sheriff thought he had reached an agreement, and sent the Chief a letter agreement to sign. The Chief did not sign the letter, which led to my March 26 article charging him with opposing this vital policy for the Tenderloin.

But we subsequently heard from Chief Suhr that he supports the policy change. So with he and Mirkarimi both backing this huge boost for the Tenderloin, it should already have happened, right?

That’s what we thought when we heard Suhr was on board. But it turns out that his “support” for changing Tenderloin booking procedures has been conditioned on Mirkarimi’s acceptance of other SFPD policy objectives.

For example, while the SFPD is “on board” with station transfer units for the Tenderloin, it wants other neighborhoods included in any agreement. So while the parties disagree over the scope of the deal, the Tenderloin—which both sides agree must be part of any agreement—pays the price.

It seems the only way out of this logjam is for Mayor Lee and D6 Supervisor Jane Kim get in a room with Mirkarimi and Suhr (or their proxies with full authority to make a deal) and not end the meeting until the Tenderloin gets at least six months of the new station transfer unit policy. This six month pilot period will demonstrate the positive impacts of the policy, leading to its continuance after the pilot expires.

It’s great that the SFPD has reduced cellphone thefts on MUNI. But Tenderloin crime concerns deserve at least as much consideration. That officers are forced to twiddle their thumbs for hours during booking when they could be making the Tenderloin a safer place for kids to walk down the street is an outrage.

We talk a lot in San Francisco about the negative impacts of inequality. And this stalled booking policy affecting the low-income Tenderloin is a perfect example.