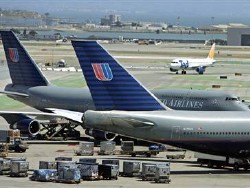 Pilots strongly object to both airlines expanding their fleet of smaller aircraft, commonly referred as regional jets. These jets are generally flown by lower-paid and less-experienced pilots. For example, regional captains generally earn less than a third of their counterparts working on major carriers while it is not uncommon for regional airline co-pilots to earn as little as $25,000 a year or less.

But while there is an obvious financial incentive for major airlines expanding use of regional aircraft, it would be a big mistake to mischaracterize and minimize pilot concerns as being only about money.

Passengers have a real stake in understanding an underlying fundamental issue in the dispute which is that regional airlines have a far worse safety record when compared with the larger airlines which contract them.

Since 2003, six of nine fatal crashes on U.S. passenger airlines occurred on these smaller carriers, resulting in 154 people killed compared to three deaths on major airlines in the same period. And, in four of these six regional jet accidents, the National Transportation Safety Board (NTSB) determined that pilot error was the cause.

In recognition of this abysmal record, NTSB recommendations for airlines in 2010 included, for the first time in their history, a new category to “Improve Oversight of Pilot Proficiency.”

The most notable recent incident involving pilot error was Colgan Air flight 3407, a regional code-share marketed with Continental colors that left Newark Liberty airport in February 2009. Its engines stalled just short of its Buffalo destination, killing all aboard and two on the ground. A total of 50 perished.

“It could have been prevented,” lamented U.S. Transportation Secretary Ray LaHood. NTSB investigators who probed the crash cited pilot fatigue, ineptitude and inexperience as the cause.

The tragic circumstances of Flight 3407 focused much-needed national attention on the disturbing safety record of the smaller aircraft and as a result of the ensuing public outrage, Congress passed long-overdue requirements raising the minimum flight experience for newly-hired regional airline pilots to1,500 hours from the previous incredibly low threshold of 250 hours flying time.

But other serious safety considerations remain.

On September 10, the Washington Post noted that “this is not the first time safety concerns have been raised about the profusion of regional aircraft. Their pilots often hopscotch from a major hub airport to several ‘spoke’ airports, sometimes making for longer and more fatiguing days. They don’t always have the luxury of van service to a hotel or make enough money to pay for a shared crash pad.”

The Colgan co-pilot killed in the accident, for example, made less than $16,000 the year before the fatal crash and “neither [pilot] had slept in a bed the night before,” said Sen. Byron L. Dorgan (D-N.D.), whose Senate subcommittee on aviation held a hearing on the Colgan crash.
Dorgan continued to say that “half of the flights in America now are commuter flights and they often end up somewhere late at night after many, many stops. In almost every crash we’ve looked into, fatigue and lack of rest have been a factor.”

Does Cutting Costs Cut into Safety?

Despite this very disturbing record, credible experts continue to testify that, statistically speaking, flying remains by far the safest mode of transportation. Aeronautical engineering continues to make magnificent progress and in recent years has particularly improved designs of the smaller aircraft in question.

Accidents, therefore, are still few and far between with fatalities, thankfully, so few that it is difficult for experts to even establish clear patterns.
Nonetheless, it would be foolish to ignore certain indicators.

A few decades ago, airlines came up with the term “commuters” to describe these smaller aircraft. As the name would indicate, most routes were limited to local destinations within a 250-mile radius of big urban areas.

Now, these small jets fly much longer and farther, up to around 650 miles from major metropolitan centers. Their current commonly-used generic name, regional jets, reflects their new expanded role.

But, as we have seen, the new name has not eliminated the old problem of a less than stellar safety record.

This has not, however, slowed down the major carriers. UAL has already laid off 1400 mainline pilots of its larger, most reliable jets in the last year even now as it prepares to further expand use of regional jets staffed with less-experienced flight crews, the subject of the recent pilot protests.

Mary Shiavo, former Inspector General of the Department of Transportation (DOT) under the Clinton administration, veteran critic of both the carriers and the FAA and someone who also has experience as a pilot, recently said in an interview that “when the FAA was paying attention… there were a few years when the regional safety record beat the majors.

But that’s gone. And now the last five years were pretty abysmal… The pilots [of the regionals] … have worse pay scales. They have worse rest periods. They have by far, less training.”

Who do you Trust?

Earlier this year, 19 months after the Colgan fatalities, the FAA proposed strict new regulations addressing factors contributing to several of the regional accidents.

However, the airline industry trade group, the Air Transport Association (ATA), opposes the new rules. In a statement, ATA President James C. May said, “We are very concerned that significant aspects of the proposed rule are not science-based.”

This is the same group that consistently derides criticism of major airlines cutting back on their more experienced airline crews and dismisses objections to reducing their more reliable fleet of larger aircraft. As reporter Unger describes it, “while the ATA says it is concerned about the effectiveness of the proposed rules, ultimately, it’s about money.”

”We are very concerned,” May continues, “that the proposed rule reflects a lack of understanding by FAA of how airlines operate. Our concerns are … that FAA’s economic analysis is off the mark.”

So, how can the average person sort all this out when looking at the complexity and seriousness of the issues?

Carl Finamore is former President (ret), Air Transport Employees, Local Lodge 1781, IAMAW and is currently a delegate to the San Francisco Labor Council, AFL-CIO. He can be reached at local1781@yahoo.com and his writings viewed on Facebook.