Peskin Moves to Save SRO Hotels 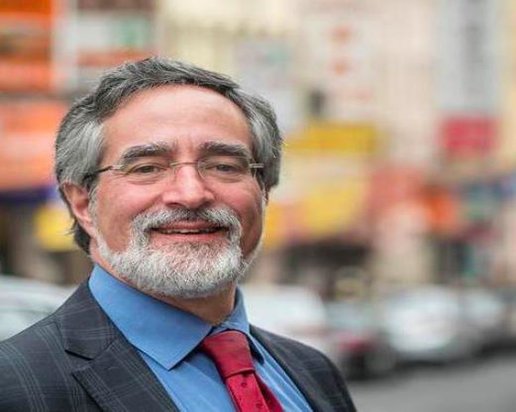 Last week, Supervisor Aaron Peskin announced plans to strengthen San Francisco’s landmark SRO hotel conversion and demolition ordinance (Chapter 41 of the SF Administrative Code, hereafter “the HCO”). This law, which originally passed in 1981 and was then significantly strengthened in 1990, is second only to the city’s Rent Ordinance in protecting low and working class tenants from displacement. It has also been the city’s primary strategy for preserving a type of housing  whose lack of private kitchens and frequent lack of private bathrooms makes it less attractive to upscale residents.

The HCO has proved a tremendous success.  As I recently described (“Stopping SF’s Illegal Tourist Rentals,” March 17), after the 1990 revision gave certain nonprofit groups standing to directly sue to stop illegal conversions dozens of longtime illegally operated SROs were returned to residential use. The new law also doubled the replacement housing fee, creating a financial disincentive for conversions or demolitions. Senator Leno’s passage of AB 1217 in 2003, which exempted SRO’s from the state Ellis Act, plugged the only potential threat to SRO’s, The measure’s enactment has proven particularly vital in protecting SRO tenants from the post 2011 increase in Ellis speculator evictions.

But as Peskin pointed out in his press release, the challenges of the current San Francisco housing market require some tinkering of the law.  Most important is to ensure that permanent tenants, not transients, occupy the rooms that were supposed to be set aside for them under the law.

When the HCO originally passed, most SRO tenants paid by the week.  This remained true when I led the effort to strengthen the law in 1989-90, so its weekly rental provisions were not changed. Weekly rentals to San Francisco residents are legal even if they fail to become permanent tenants by staying for at least thirty days.

In contrast, weekly rentals of residential rooms to tourists are illegal. In the early 1990’s the Tenderloin Housing Clinic, which I head, did an undercover operation against one hotel in which we found that rentals labeled “weekly” were actually for 3-4 day occupancies. We confirmed this by contacting past guests directly.

But such rentals are illegal even if the tourist stays a week, a fact that some SRO hotel owners dispute. For example, a tour operator purchased the Des Artes Hotel at 447 Bush and effectively runs a tourist hotel despite his 51-room hotel having only 13 designated tourist rooms.

How do hotels like the Des Artes get away with it? Some don’t. While THC has sued hotels for illegal weekly tourist rentals, the law is not as explicit as it could be on this issue.  Peskin’s legislation could resolve this by adding a single sentence making it clear that a weekly rental—or a rental for less than a month— of a residential unit to a non-San Francisco resident is illegal.

In 1990 and before, few hotels illegally renting to tourists rented to them by the week.  Today, some hotels rely primarily on this illegal practice.

Peskin’s legislative fix would return hundreds of SRO units to the permanent housing market. There is no action the city can take that will do more to increase permanent housing options in for profit SROs than to explicitly prohibit less than 30 day rentals to non-San Francisco residents.

Peskin’s measure could not be more timely and I credit him for seizing the initiative on this issue.

Peskin is also proposing a moratorium on SRO conversions. This is apparently motivated by pending applications by five hotels to convert, though none of the applications qualify for conversion on the face of their applications. All are pending before the Department of Building Inspection.

Since the replacement housing requirements in the HCO were doubled in 1990, there has not been a single SRO conversion approved that tenant groups have opposed.  The Department of Building Inspection and Planning Commission must approve all conversions, and there is little risk that either body would support proposals that do not ultimately add to the city’s SRO housing stock.

Statistics on the loss of SRO units can be misleading.  Thousands of SRO units in South of Market and the Fillmore were demolished by the SF Redevelopment Agency prior to the HCO’s enactment.  More were lost due to loopholes Mayor Feinstein insisted be part of the original ordinance. The most absurd of which was rewarding SRO’s closed down by the Health Department by deeming them tourist hotels.

We lost the Somerton Hotel at 440 Geary (now the Diva) as a residential SRO because the owner claimed that his installation of televisions in rooms meant he had already “partially completed” the shift to tourist occupancy when the law passed.  While I could cite other painful examples of SROs that a stronger 1981 ordinance would have saved, in the big picture the passage of that law helped preserve the vast majority.

I also believe Peskin will give DBI greater enforcement tools. The lack of these tools has meant that groups like the Tenderloin Housing Clinic do virtually all HCO enforcement through litigation. If the city imposed the type of penalties for record keeping infractions that it imposes for standard housing code violations, it would make it much more difficult for hotel owners to violate the law.

Those benefiting from Peskin’s legislation will primarily be the  working-class people who long lived in SROs prior to their sharp decline in livability that began in the 1960’s. I think many activists do not realize that outside Chinatown, for-profit SROs have not been affordable to SSI recipients and other very low-income people since the late 1990’s.  The escalation in SRO rents to a minimum of $1000 for a room without bath began before the post-2011 tech boom, and prices have continued to increase.

That’s why Mayor Willie Brown’s support for the SRO Master Leasing program in 1998 was so critical. Brown acted just as permanent housing opportunities in for-profit SROs had almost completely dried up.

The master-leasing program, also strongly backed by mayors Newsom and Lee,  ensures the longterm future of thousands of SRO rooms as homes for the formerly homeless and very poor.  The program has also transformed SRO’s with high vacancies into buildings with higher occupancy levels than ever before, effectively adding to the SRO supply.

With some SROs prioritizing foreign students and others tech workers,  Peskin’s legislation to maximize the available SRO rooms for working San Franciscans could not be more timely. It should get strong support at the Board and from longtime SRO advocate Mayor Lee.

Randy Shaw is Editor of Beyond Chron. He describes the importance of the HCO as an anti-gentrification strategy in his book, The Tenderloin: Sex, Crime and Resistance in the Heart of San Francisco.