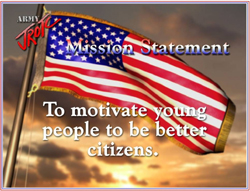 Beyond Chron has learned the identity of the person who sent out a Facebook message last year which said “Jane Kim needs to die.” Kim is an elected member of the San Francisco School Board, who supported the Board’s decision last November to phase out the JROTC program from San Francisco schools.

We have identified the person who made the death threat as Daniel Chin, a JROTC cadet who graduated from Lowell High School in 2006. Significantly, Chin has emerged as a leader of the pro-JROTC forces trying to overturn the School Board’s decision to phase out JROTC. According to the board’s mandate, there should be no more JROTC classes after the end of the current 2007-2008 school year.

Beyond Chron has also received corroborating evidence of the Facebook message that contained the threat from Chin. This new information also links Chin to a series of Myspace messages that threatened Mara Kubrin, a student leader of the anti-JROTC forces.

As I first reported last year, Mara presented a petition to the board opposing JROTC, signed by over 800 students. Subsequently, a previously-unidentified JROTC supporter drafted a bulletin with Mara’s picture, calling her a “traitor,” identifying her as a student at Lowell, and claiming that “by viewing this… [you agree] to release said author from all damages resulting from… any physical or mental damages resulting from violence” as a result of the bulletin.

This bulletin fostered a flood of threatening messages to Mara, such as the one that read “DAMN HOE U BETTER LISTEN UP… I FEEL SORRY 4 UR MOTHER 4 GIVEN BIRTH 2 YA UGLY ASS… U BETTER FUCKIN WATCH UR PIMPLE ASS BAK BEFORE PPL GO JUMPIN UR ASS UP SHIET HA…”

Chin, currently a student at UC Berkeley, is in the thick of the fight to overturn the School Board’s decision to remove JROTC from the city’s schools. On Monday, November 19, Chin appeared on KPFA’s popular Morning Show, along with Doug Bullard, a retired colonel and a Lowell JROTC instructor, to advocate for the preservation of JROTC. Mark Sanchez, one of the School Board members who introduced the resolution to phase out JROTC, also appeared on the Morning Show segment. It is unknown whether or not Sanchez knew at the time that Chin had threatened the life of his fellow school board member.

Beyond Chron has also learned that Chin attended the first meeting of the JROTC Task Force, as a “Guest Speaker” with a “presentation by JROTC.” The task force was mandated by the school board to find “alternative” programs to JROTC. Although the school board directed the district administration to set up the task force in its November 2006 resolution phasing out JROTC, it appears that the task force was not convened until May 16, 2007. This is the meeting at which Chin appeared.

Beyond Chron has additionally learned that Chin was selected to be the note-taker at the most recent meeting of the JROTC Task Force. The task force meetings are not open to the public, and Chin is not a member of the task force. “Since opponents of JROTC are likely to be identified at these task force meetings, it seems wildly inappropriate that someone with a propensity for making threats against these same opponents of JROTC would be in the position of recording task force business,” said one opponent of JROTC, who prefers to remain anonymous.

A Bay Area Reporter (BAR) article reported last year that Eric Mar, one of the school board members who voted to phase out JROTC, turned over incriminating information about the person who threatened Kim to the school board’s legal counsel, and asked them to work “with the San Francisco Police Department to look into the matter.” That was in December 2006. There is no evidence that either the school district or the police department has taken any official action against Chin.

David Kubrin, Mara’s father, reports that he repeatedly asked the police department to investigate the threats against his daughter. Nothing has ever come of these requests.

For years, the debate about JROTC has taken place in an atmosphere of intimidation.

As far back as 1994, controversy erupted around JROTC when a School Board investigation revealed that JROTC cadets at Balboa High had sent three members of the drill team through “ranks” four times — “a ritual form of punishment in which JROTC cadets are punched repeatedly on the upper arms and shoulders as they walk between a gauntlet of drill team members,” according to a statement by the board. In this particular instance, one of the cadets was assaulted by the student commander after being sent through ranks. The board investigation further revealed that “for at least the last five years, ranks was a common means of student-to-student punishment in the JROTC program at Balboa.”

When Mara Kubrin presented the student petition opposing JROTC to the school board last year, she stated that many students opposed to JROTC were afraid to come to the meeting, fearing intimidation by JROTC students. Eric Blanc, another student leader, reported at a recent meeting of JROTC opponents that he had received death threats. There have been several other reports of teachers receiving threats from JROTC students, although none have yet been willing to come forward publicly.

Kim told Beyond Chron that, in addition to the death threat from Chin, she has received other emails “threatening in nature” from JROTC proponents. She told us that these threats “turn people away from dialogue” that could lead to a “working solution” around JROTC and alternative programs.

Daniel Chin — who threatened Jane Kim’s life, and who appears to have set off the threats against Mara Kubrin — was quoted in a Front Page Magazine article earlier this year claiming that “everything JROTC does is encourage youth to give back to their communities.”

“The first duty of our schools is to keep our children out of harm’s way,” says Riva Enteen, Mara Kubrin’s mother, and an outspoken opponent of JROTC. “That means both preventing threats and violence, and keeping the military and military recruiters out of our schools.”

Next: The JROTC Task Force and “alternatives” to JROTC…