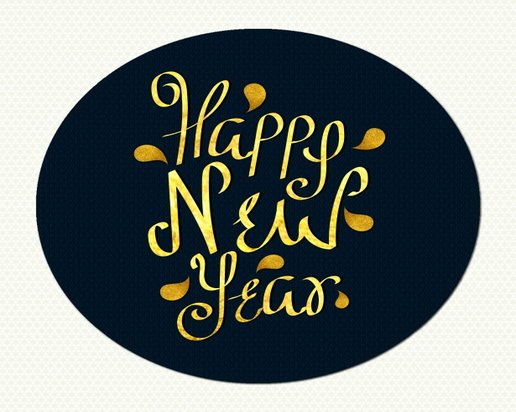 As a parent, I’m constantly reminded that the junk food industry spends billions of dollars to undermine the work I do to keep my children healthy.  Fortunately, there are advocates who help to push back against this onslaught.

On the last day of 2015, #PeopleWhoMadeMy2015 was trending on Twitter, which got me thinking about those who inspired me this past year.  Here is a rundown of their key accomplishments in some of the major areas of food politics in 2015.

Instead of advertising for Coca-Cola or Pepsi, athlete Steph Curry signed a deal with a water filtration brand which sent “a powerful message that clean, clear water is the right choice for everyone in America.”

Celebrity chef Jamie Oliver supported efforts in the United Kingdom to tax soft drinks with added sugar saying, “We should be big and bold. Who is running the country? The businesses who are profiting from ill health or is it us?”

Associated Press reporter Candice Choi followed up with a look into their e-mails, one of which had GEBN president Dr. James Hill stating, “I want to help your company avoid the image of being a problem in peoples’ lives and back to being a company that brings important and fun things to them.”

Denver Post reporter David Dollinger found that same professor “accepted $550,000 from the Coca-Cola Co., traveled the world at company expense on speaking engagements and solicited a job at the soft-drink giant for his son.”

As a result of the public learning more about Coca Cola’s manipulative tactics, efforts to separate health organizations from soda corporations’ money have gained traction. Retired pediatrician Dr. Arnold Martin said this about the resolution calling for the American Academy of Pediatrics (A.A.P.) to sever its relationship with Coca-Cola:

“The purpose of the academy, of which I am a proud member, is to protect the health and lives of children.  Coca-Cola is bad for children, and the A.A.P. should never accept sponsorship from Coke or any other company that makes sugar-sweetened beverages. It’s obscene.”

As obesity expert Dr. Yoni Freedhoff pointed out in his “Rebranding Exercise” video, it’s not just Coca-Cola who spins energy balance to sell us unhealthy products.

“It is time to wind back the harms caused by the junk food industry’s public relations machinery. Let us bust the myth of physical inactivity and obesity. You cannot outrun a bad diet.”

Margo Wootan, nutrition policy director at the Center for Science in the Public Interest, also helped to wind back those harms when she wrote Big Food Sounds Like Big Tobacco:

“Executives at many of the nation’s largest food, beverage, and restaurant companies employ tactics similar to their counterparts from Big Tobacco. On the one hand, Big Food denies that their products cause disease and blames the consumer for making bad choices. On the other, they spend billions on advertising, supermarket placement fees, and lobbying, doing everything they can to shove their products in your face and maximize consumption.”

When it comes to spending billions on advertising and targeting kids, no food corporation is more aggressive than McDonald’s.  Doctors and parents have been calling for change and this year teachers told McDonald’s: We’re not lovin’ it.

The Campaign for Commercial Free Childhood and Corporate Accountability International organized an Open Letter from Educators calling on McDonald’s to stop the tactics it uses to market junk food to children in schools including McTeacher’s Nights.  Groups and unions representing some three million American teachers signed the letter which stated, “It is wrong to enlist teachers to sell kids on a brand like McDonald’s whose core products are burgers, fries, and soda.”

McDonald’s also faced criticism over its infomercial masquerading as a nutrition education film for schools.

Houston-based writer Bettina Siegel started a petition calling on McDonald’s to discontinue its 540 Meals school outreach program, because “Parents deserve to be able to send their children to school without having them subjected to aggressive fast food advertising.”

Siegel’s petition garnered nearly  80,000 supporters, and she made the case against the McDonald’s infomercial on both The Today Show and The Doctors.

Americans are buying markedly less sugar this year, and Reuters reported the biggest decline in sugar sales in at least four years.

The documentary Sugar Coated explored the health dangers of sugar and how the sugar industry has deflected threats to its profits for decades.  It exposed the industry’s secret playbook, which was discovered by Denver dentist Cristin Kearns, who is now a postdoctoral scholar at the UCSF School of Medicine.  As Filmmaker Michele Hozer pointed out:

“There was talk of putting tobacco-style warning labels on sugary goods back in the ’70s. I didn’t know this.  And then all of a sudden the debate stopped. What happened? Did we get collective amnesia?”

The film also helped push back against the health-washing of fruit juice because, as food policy activist Nancy Huehnergarth wrote, “Through a combination of misinformation and skillful marketing, fruit juice has long benefitted from an undeserved health halo, even though it has as much sugar as a Coke or Pepsi– and sometimes more.”

The Director of  Centers for Disease Control and Prevention, Dr. Tom Frieden, sounded the alarm on the need to protect antibiotics, stating “We are holding onto our last antibiotics by a thread.”

Public health journalist Maryn McKenna’s TED talk called on us to change the social norms around antibiotic use:

“On much of the planet, most meat animals get antibiotics every day of their lives, not to cure illnesses, but to fatten them up and to protect them against the factory farm conditions they are raised in. In the United States, possibly 80 percent of the antibiotics sold every year go to farm animals, not to humans, creating resistant bacteria that move off the farm in water, in dust, in the meat the animals become.”

As a result, McDonald’s, Subway, Wendy’s, and Papa John’s all announced changes in an effort to keep our antibiotics effective for the future.  This drove a similar change in their suppliers including Tyson and Pilgrim’s Pride.

A petition was also effective in getting the Academy of Nutrition and Dietetics to drop the Kids Eat Right seal on Kraft Singles.  It took nearly seven months before they were finally off the shelves at my local grocery store, but that was much better than the original plan of three years.

School food advocate Dana Woldow called on the School Nutrition Association to prioritize kids’ health over the food industry’s profits, and made the case to protect school nutrition standards.

Last but not least, my family wrapped up the year by watching Michael Pollan’s “In Defense of Food” on PBS. It highlighted the harms of the industrially driven Western diet and led to my kids asking me to buy more vegetables and less sugar. That’s a resolution I’m happy to keep for 2016!