What Cities Can Learn From Boulder, Denver, Minneapolis 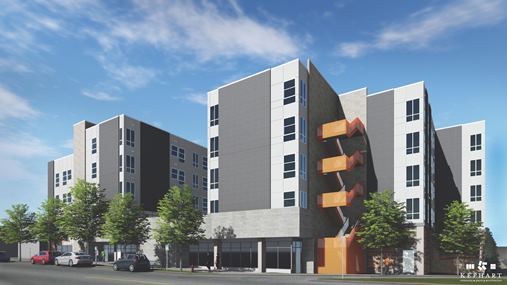 Housing Lessons From Between the Coasts

I’m visiting three cities this week that I write about in Generation Priced Out: Boulder, Denver and Minneapolis. All offer lessons for other cities struggling to stop the pricing out of the working and middle-class.

Many people still think of Boulder as it was in the 1960’s: a laid back hippie paradise. But Boulder has changed. A 2017 survey by NerdWallet that linked affordability to local household income found that Boulder was the nation’s fifth most expensive housing market. Boulder homes average  $742,000 and average rents for an 820 sq. ft apartment are $1900.

Boulder is split between two visions. Residents associated with Better Boulder want to increase housing density to expand affordability. Those associated with PLAN Boulder seek to “control development,” which means limiting building heights and density. I note im my book how groups like the Boulder Neighborhood Alliance raised concerns that Boulder not become another “Portland or San Francisco,” apparently unfamiliar with the zoning restrictions on new apartments in both cities.

PLAN Boulder has largely run the city for decades. It’s anti-density politics has moved Boulder toward becoming a primarily upcale white community like Palo Alto. As in Cambridge, Massachusetts (which I also write about in the book),  Boulder’s elitist and exclusionary land use policies are often backed by  “progressive” politicians, including some on the Board of the local Sierra Club. In 2015 the City Council imposed a 38ft height moratorium in the downtown area that has remained in effect.

But Boulder has enough residents pursuing a more inclusive vision to make it premature to declare it another Cupertino or Palo Alto. Boulder hosted the very first YIMBYTown in June 2016, and in November 2015 voters defeated a ballot measure to give local neighborhood groups nearly complete control over zoning changes.

When I interviewed local urbanist Zane Selvans for my book in 2017, he thought that “new political alignments” could expand the city’s housing supply. But Selvans left Boulder in 2018, his optimism gone. Other Boulder urbanists remain hopeful, as the momentum toward increased density that is sweeping urban America is unlikely to bypass the city.

Denver is the most strongly pro-housing blue city. Metro Denver now has 52,000 units either under construction or in the pipeline.

But like Seattle, which also builds a lot housing, Denver’s tech boom has brought in more residents than the booming new supply can match. Denver also has an excess of upscale housing in the downtown areas while low and working-class residents (those earning 60% ami or less) have fewer options.

My book describes how Denver’s downtown apartment glut led the city to subsidize 400 units in upscale apartment building for low-income residents. A lot of cities talk about filling upscale vacant units with families in need; Denver did it.

Here’s an example of how ULC operates. In 2011, before Denver rents entered the stratosphere, ULC acquired a 1.5 acre site on the northern portion of the Five Points neighborhood.  I describe in my book how the historically African-American Five Points neighborhood went from a blighted to gentrified in quick fashion, losing nearly a quarter of its black population.

The neighborhood’s transformation raised the land value of ULC’s Five Points site by over 600%. No  nonprofit could have afforded to buy such land at current market, but ULC had the vision to secure the site before prices rose.  On March 21, this vision turns into reality as there will be a groundbreaking for the Walnut Street Lofts, 66 units of permanently affordable housing (30-60% AMI) in a high-opportunity neighborhood (see photo above).

Debra Bustos, ULC’s Senior Vice President of Real Estate, described the project.  “ULC has focused on developing affordable housing at this transit accessible location since we acquired the site in 2011 and new development was nowhere in sight. Our intent has always been to mitigate displacement in the neighborhood, and we are thrilled that our vision is finally becoming a reality.”

The key phrase here is “new development was nowhere in sight.” ULC’s  strategy—buying land before neighborhoods attract speculators—is central to ensuring long term urban affordability. This strategy helped preserve the low-income character of my home base in San Francisco’s Tenderloin neighborhood and can protect working and middle-class housing opportunities in cities across urban America (its why I urge Los Angeles to target affordable housing money to Boyle Heights, and why cities and nonprofits must invest in neighborhoods before their land values have skyrocketed).

While Denver in 2016 passed the largest affordable housing bond in Colorado history ($150 million),  ULC President and CEO Aaron Miripol continues to push for more local and state dollars. Denver’s housing needs get little assistance from the state government because Colorado passed a 1992 constitutional amendment  (Taxpayers Bill of Rights or TABOR) that restricts growth in state funding outside of health care, prisons and education.This prevents  Denver, Boulder and other Colorado cities from getting sufficient state housing support.

Colorado also banned local rent control laws in 1981. A coalition led by United for a New Economy is backing legislation to overturn the ban, and Denver State Senator Julie Gonzales is among the sponsors.

I’ll be speaking at Tattered Cover books in Denver on March 13 at 7pm..

I wrote about Minneapolis in Generation Priced Out after watching a video linked on Twitter that completely blew me away. Produced by @WedgeLive (the handle for Jonathan Edwards), I describe the April 2016 video in the book and in every book talk I give.

If there is ever a Housing Hall of Fame, Edwards’ video should be permanently streaming. Edwards perfectly captured the emotional fury of homeowner opposition to new apartments. Since these homeowners were attacking what they described as “Benderification,” the video led me to reach out to Minneapolis City Councilmember (now City Council President) Bender.

I ended up interviewing Bender and learned she formerly worked at the San Francisco Planning Department. She gave me the back story of the video, which added to its power. If not for the @WedgeLive video, I would have missed out on interviewing Bender, who is the type of elected official urbanists’ dream of having.

In my book I urge groups in other cities to follow @WedgeLive’s example in videotaping key segments of hearings on housing approvals (Edwards’ November 2018 video of Amity Foster’s testimony in defense of renters is also Hall of Fame-worthy). These videos are vital for exposing to the majority of residents who do not attend hearings that nearby homeowners often hold anti-renter and even borderline racist views.  Edwards’ videos allows viewers to see the best stuff.

If anyone reading this has a role in allocating MacArthur “Genius” grants, award one to Edwards so he can train people in other cities to use videos to support housing.

Once I began looking into Minneapolis’ affordability challenges I came across Russ Adams, head of the Alliance for Metropolitan Stability. Adams’ group seeks to combine increased density with greater affordability. I describe in my book their big success in 2017 in winning the rezoning a former Ford motor plant in St. Paul for 4000 units, 20% affordable.

Adams’s Alliance represents a critical perspective in efforts to build more housing. The housing plan for St. Paul’s former Ford Plan also offers a model for promoting housing affordability at other vacant large-scale sites like shopping centers. The rezoning showed how winning political coalitions can be assembled when density backers are also promoting affordability, a coalition we are increasingly seeing in blue cities. I look forward to visiting the former Ford Plant later this week.

Minneapolis is widely seen as a national urban leader on affordable housing (which is why Janne Flisrand of the activist group Neighbors for More Neighbors will be talking about land use reform in Portland with Portland for Everyone while I am in her city). And the good news is that its recipe for success—committed elected officials, grassroots groups and activists, and the building of a broad pro-housing coalition—can be replicated in nearly all blue cities.

I will be speaking about my book at Magers & Quinn on March 14 at 7pm.

Randy Shaw is Editor of Beyond Chron, Director of the Tenderloin Housing Clinic, and author of Generation Priced Out: Who Gets to Live in the New Urban America.