Obama Needs a Primary Challenge in 2012 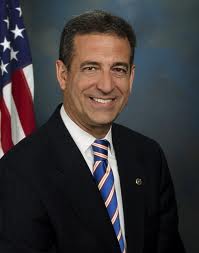 After last week’s budget deal, it is clear that Barack Obama, the Democratic Party, and progressives would all benefit from the President facing a primary challenge in 2012. When centrist media like the New York Times and Chris Matthews’ Hardball join progressives in concluding that Obama lacks vision, fails to fight for principles, and has given little reason for wanting a second term, then it is time for team Obama to reboot. This rebooting requires a primary challenge. A challenge forces Obama to explain why he now prioritizes budget cutting over job creation, and at least moves Obama leftward during 2012. The question is whether there is a credible challenger. Dennis Kucinich would not be taken seriously, and has done poorly in past primaries. Russ Feingold has the stature and grassroots support to force Obama into primary debates, and is the best candidate that currently comes to mind; there are no doubt others. A primary challenge would reenergize the Democrats’ demoralized activist base, helping to inspire the increased voter turnout necessary for Obama and Senate and House Democrats to win.

President Obama’s praise of last week’s budget deal (which cut Democratic Party funding priorities), as well as last December’s agreement that extended Bush tax cuts for the wealthiest Americans, showed just how far the president has diverged from his 2008 campaign. And given the President’s disdain of criticism from the left, and his desire to be “the adult in the room” rather than an advocate for Democratic Party values, a primary challenge is the best strategy for inspiring the base and at least moving Obama back to Democratic Party values in 2012.

Rather than weaken Obama against those evil Republicans in the fall, a primary challenge forces the President to at least try to reconnect with his base. Otherwise, we could see a voter turnout drop among Democrats that could bring the Republicans the White House and the Senate to go along with the House in 2012.

Activists from what Howard Dean used to call “the Democratic wing of the Democratic Party,” would back a challenge to Obama, but need a credible candidate. Russ Feingold is an obvious choice, since his reputation is putting principles ahead of personal ambitions.

Feingold would certainly generate activist support, and his Wisconsin base offers a constant reminder of how the Democratic Party’s recent struggles to save collective bargaining proceeded without Obama visiting Madison, or even lifting a finger to help.
Obama could not ignore a Feingold challenge. And the Iowa caucuses have always rewarded a candidate with the type of activist base Feingold could generate.

The downside of Feingold is that he does not like to raise money, and is not a guy who loves the day after day grind of grassroots campaigns. He also might still have statewide political ambitions, which a primary challenge to Obama would not help.

Other than Feingold, former Pennsylvania Congressmember Joe Sestak, who was defeated in the state’s 2010 Senate race, could also mount a credible primary challenge. The problem with attracting Sestak is his apparent interest in running for Pennsylvania Governor in 2014, which could make him reluctant to challenge the Party establishment by taking on Obama.

While Sestak’s running an issue-based campaign against Obama would likely increase his grassroots support in 2014, he may not want to be campaigning in Iowa and New Hampshire when his next race is in Pennsylvania. Sestak is among a group of recently defeated or termed-out Democrats whose future ambitions will likely deter a primary challenge to the President.

Howard Dean has got himself trapped between being the conscience of the Democratic Party, and someone who fears that being too critical of Obama will jeopardize his national standing. Dean seems to spend far more time criticizing Republicans—who do not care what he thinks—than he does critiquing the President from the left, which would actually influence others.

Dean’s loyalty to an Obama Administration that has ostracized him is disappointing. Ideally, he would at least help progressives by endorsing a primary challenger like Feingold, but do not expect it.

There are no doubt other credible candidates, including progressive non-politicians who could finance their own campaigns.

While many believe that Democratic voter turnout in 2012 will be mobilized by fear of a Palin-Bachmann-Tea Party victory, such confidence may not be warranted. Disaffection among progressives is wide and deep, and the massive Obama voter outreach effort of 2008 will not come close to being matched.

While the AFL-CIO’s Richard Trumka brags that he visits the White House “two or three times a week” —one wonders what he accomplishes there—rank and file union activists are not going to work morning, noon, and night for Obama as they did in 2008. If fear of a Republican takeover were alone sufficient to generate large Democratic turnouts, the sweeping 2010 GOP victories would not have happened.

Mobilizing young people to the polls will be easier if the President returns to addressing their concerns (deficit reduction is not among them). Only a primary challenge can force him to do so, and the resulting increased turnout helps Obama’s re-election chances and Democratic prospects for maintaining the Senate and regaining the House.

The Failure of Progressive Enabling

I criticized Obama’s “progressive enablers” last January, predicting that wooing the president to the progressive camp through deferring criticism would prove a “failed strategy.” The President’s actions over the past months confirm this. Yet some will defend Obama so long as he opposes the Tea Party, and will view a primary challenge as another progressive firing squad (said to be circular).

But more self-destructive is allowing Obama to take the Democratic Party on a path where budget cutting is its chief priority. It’s as if the entire Bush Administration never happened, and that Republicans did not squander the Clinton surplus on tax cuts for the rich.

We’ve played this deficit reduction game before, and know that even if Obama eliminated the deficit entirely by slashing public services and programs to the bone, Republicans would create new deficits through a new round of tax cuts.

It appears that it is not just Democratic and Republican elected officials that approach power differently (the latter plays harder to win), but their respective grassroots bases as well. The GOP base would never tolerate a President who moved left (and even backed Ronald Reagan against incumbent but non-elected Gerald Ford in 1976); progressives will be sending a contrary message if they forego a primary challenge against the right-shifting Obama in 2012.