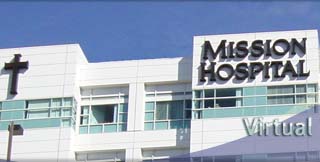 Democratic Presidential nominee Barack Obama has joined the call for free and fair union elections at California’s St. Joseph Health System, saying caregivers are standing up for “American values.” Obama’s message will be read the night of October 2 at a Candlelight Vigil outside Mission Hospital in Mission Viejo seeking reinstatement of a hospital worker unlawfully fired in retaliation. The caregivers will share a letter of support from Sen. Barack Obama that urges the Sisters of St. Joseph to cooperate with caregivers and negotiate a settlement to the current conflict. In the letter, Sen. Obama says to caregivers: “the values you are fighting for aren’t just the values of working folks or organized labor. They are American values.” SEIU-UHW’s organizing drive at St. Joseph’s is the nation’s largest, and the opposition has increasingly engaged in strongly anti-union tactics.