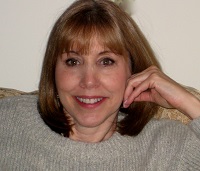 When San Francisco and Berkeley become the first cities in the country to pass a soda tax next fall, it will be at least in part because those working to pass the taxes have learned so much from previous failed efforts, including in nearby Richmond (CA). As Inter Press Service News Agency reported recently, “With seven months before the election, tax proponents in Berkeley and San Francisco have instituted many elements the Richmond campaign lacked. They’ve tapped volunteers, raised funds, hired professional consultants, taken polls and launched websites.”

Local activists have also been tapping into the expertise of those who have been involved in similar efforts outside California. When I began writing about soda taxes, a mutual friend introduced me to New York-based healthy food crusader Nancy Huehnergarth, who has proven to be a veritable fountain of useful soda tax information.

Like myself, Nancy Huehnergarth first became an advocate for better nutrition when she got involved with trying to improve the food at her children’s school. After forming a coalition that was able to remove most of the junk food from school grounds, Nancy moved on to working at the statewide level.

School food reformer and former lawyer Bettina Elias Siegel, who is currently working with Nancy on a petition campaign against the importation of Chinese-processed chicken, described her as “one of the best food policy advocates I’ve ever worked with. She’s smart, strategic and always stays level-headed, even in the face of vocal opposition.”

Public health attorney Michele Simon, who testified alongside her in favor of portion size limits on soda in New York City, says, “Nancy is a passionate advocate for public health who never hesitates to call out industry tactics. “

In mid February, on her way to Australia, an unanticipated travel snafu stranded Nancy for 24 hours in San Francisco. Much to my joy, she contacted me and we were able to meet in person for the first time. Here, she shares some insights into what may lie ahead for soda tax activists in the Bay Area.

Q. – Based on your experience working on the NY State soda tax and Bloomberg portion size cap, what kinds of tactics would you expect to see Big Soda employ as they try to kill the SF and Berkeley soda tax measures?

A. – One you are already seeing is the formation of a so-called “grassroots” coalition against the tax. In NY, the American Beverage Association organized New Yorkers Against Unfair Taxes in 2010, approaching store owners, unions, and other potentially sympathetic groups.

Big Soda used the same tactics in 2012 to fight the Bloomberg sugary drink portion size cap, forming and funding the astroturf group New Yorkers for Beverage Choices. The portion cap measure was approved, struck down by a NY State court and is currently being appealed by NYC.

Q. – What other tricks might Big Soda employ here?

A. – In NY in 2010, we saw a major uptick in campaign contributions to state legislators from the soda companies and the American Beverage Association, in the hopes of gaining their support. In the Bay Area, Big Soda will likely offer large contributions to non profits and community organizations to get them to oppose the tax, even if initially they supported it. Save the Children initially supported soda taxes, but withdrew their support after receiving a $5 million grant from Pepsi.

In Philadelphia in 2010, Big Soda offered to donate $10 million to fund anti-obesity programs if the City Council dropped Mayor Michael Nutter’s proposal for a 2 cents per ounce soda tax. In the end, the soda tax proposal was dropped and Children’s Hospital of Philadelphia got the $10 million donation for research and prevention of child obesity.

Q. – What about commercials and other campaign messages?

In NY State in 2010, Big Soda flooded the airwaves with a series of misleading commercials that implied, among other things, that the soda tax was just the start of the government meddling in consumers’ grocery baskets. The commercials were produced by one of the nation’s top issues advocacy firms, Goddard Claussen (now Goddard Gunster) the same firm that produced the infamous Harry and Louise commercials in the 1990s that effectively killed the Clinton health care plan.

That same firm operated a branch in California called Redwood Pacific Public Affairs that created the astroturf group Californians Against Food and Beverage Taxes (CAFBT), to defeat 3 California-based soda tax proposals during the 2009-10 legislative session. CAFTB is still active in California and is already working against the proposed SF tax and also against proposed state legislation to put a warning label on sugary drinks.

Q. – Media-wise, what should we be on the lookout for here in SF?

A. – Besides fear-mongering, misleading TV commercials insinuating that the government may want to raise the price of all of your groceries, we saw anti-soda tax print ads everywhere in 2010. Every soda delivery truck seemed to have a large anti-tax billboard posted on the back of the truck. Consumers were also treated to a barrage of mailers espousing anti-soda tax views. The same tactics were used in 2012 to oppose the Bloomberg sugary drink portion cap.

Q. – Did Big Soda use the “regressive tax” argument in NY?

A. – Yes. That argument was used both in 2010 for the state soda tax and in 2012 for the Bloomberg soda portion cap. In both cases, minority organizations that regularly received donations from Big Soda were enlisted to help kill the tax. As the Center for Science in the Public Interest report “Selfish Giving” explained:

“On numerous occasions the industry has collected favors from its grantees, recruiting them to sign petitions, send public letters to officials, submit a “friend of the court” brief supporting industry’s position in controversial litigation, and testify before legislative committees and regulatory bodies. Big Soda’s philanthropy has steered numerous groups to oppose policies that would have benefited the health of the very communities that those organizations serve.”

While industry loves to claim that soda taxes are regressive because they hit the poor the hardest, we should remember that chronic ailments like obesity and diabetes also hit the poor harder than other socio-economic groups, causing them to miss out on key economic opportunities (including completing school and holding down a job.)

Q. – Have you seen Big Soda deploy their own workers to oppose soda taxes?

A. – In 2010, there were rallies and protests at soda bottling plants all over NY state. The media was always invited and would show soda workers demonstrating outside their bottling plants.

In addition, Big Soda’s fear-mongering enlisted the NY Teamsters union to help oppose the tax at a rally at the state Capitol in Albany; one of the claims was that a tax would wind up “hurting working families.” However, working families are already being gravely damaged by excess sugary drink consumption – both health-wise and economically.

According to a 2012 report from NY State Comptroller Thomas DiNapoli:

“The increased prevalence of obesity is also an important factor in burgeoning health care costs for employers, consumers, and taxpayers. Total obesity-related costs in New York State are estimated at more than $11.8 billion annually. Some $4.3 billion of such expenditures are funded by Medicaid, with roughly half of that cost paid by New Yorkers’ state and local taxes. Another $7.5 billion of obesity-related costs are paid by Medicare, employers’ and workers’ health-insurance premiums, and uninsured individuals.”

A. – Advocates for the SF and Berkeley soda taxes should coordinate with each other to the best of your ability to maximize your messaging. Try to be as proactive and aggressive in getting your message out as Big Soda is. Do as much fund raising as possible for your own campaigns to counter the soft drink industry’s misleading messaging.

A note to foundations and donors – please help fund the soda tax campaigns in San Francisco and Berkeley! Money is needed for media and messaging to level the playing field against the deep pockets of Big Soda. When SF and Berkeley become the first cities in the country to pass these groundbreaking measures, the health of our entire nation will benefit!

Can Big Soda’s Statistics Be Trusted?