No Regional Solution to Homelessness 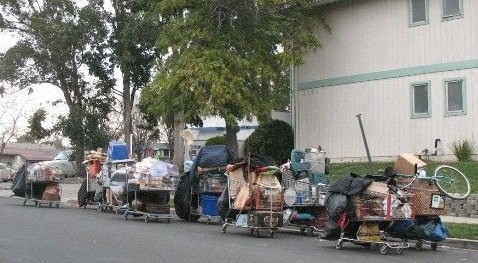 Cities Won’t Be Compelled to Spend

A recent SF Chronicle story characterized  as a “new idea”  plans to build Navigation Centers outside San Francisco. It’s actually less of a “new” idea than a variation of a long hoped homelessness cure whose implementation will never come: the notion that only “regional solutions” can meaningfully reduce San Francisco homelessness.

I avoided criticizing mayoral candidate Mark Leno’s embrace of “regional solutions” during his recent campaign because I knew Leno meant well. But far too many politicians use the nonexistent prospect of “regional solutions” to justify San Francisco not increasing its own spending on homelessness. And with Prop C on the ballot to roughly double San Francisco homeless funding, it would be a huge mistake for any voter to oppose the Our City, Our Home measure because they believe a “regional” approach is superior.

The facts are the same now as they have been since San Francisco began urging “regional solutions” in the 1980’s: Contra Costa, Marin and San Mateo counties refuse to take on their fair share. Voters and city officials in these counties feel that if San Francisco, Berkeley and Oakland want to spend money addressing homelessness that is their decision; that’s not the course these adjacent counties will follow.

There is no regional body to force Bay Area cities to do their fair share. And given Contra Costa’s strong opposition to a state law allowing apartments on BART stations is any measure, imagine what it and other counties would do to stop any state effort to compel cities to allocate more money for homelessness.

Actually, we know what happens when the state tries to require localities to provide affordable housing from the long experience of Redevelopment Agencies. Despite local governments routinely failing to allocate 20% of funds for affordable housing as required by law, the state legislature was unable to sanction cities for violating this requirement. The League of Cities vigorously opposed legislation simply requiring counties to follow state Redevelopment law, and would raise millions to stop state legislation  compelling a regional commitment to reduce Bay Area homelessness (recall that in 2011 Governor Brown responded to the League’s endorsement of noncompliance with state law by abolishing Redevelopment Agencies).

Were the federal government doing its job,  neither local nor regional funding would be necessary to even end homelessness. But the federal train left the station in the 1970’s and is not returning with billions in new affordable housing funding anytime soon.

That leaves the only real solutions in the near run coming from statewide funding measures like Prop 1 and local measures like San Francisco’s Prop C. Promoting regional solutions sounds great on the campaign trail, but it is never happening in the real world.

Randy Shaw is Editor of Beyond Chron. His upcoming book, Generation Priced Out: Who Will Live in the New Urban America, will be out in October from UC Press and is now available for pre-orders.