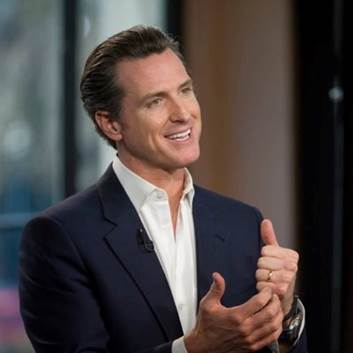 Saturday’s March For Our Lives rallies showed that young people are mobilized and enthusiastic about voting in  November. But with Gavin Newsom’s big lead in California’s June primary, millennial voter turnout in the upcoming state and local elections is likely to be low.

That’s because an exciting governor’s race in which Gavin Newsom, Antonio Villaraigosa, and John Chiang battled to reach the top two had the best potential for driving June turnout.  But that is not happening.

Last week’s polling showing Newsom far ahead, leading Villaraigosa by a 28% to 12% margin. Chiang only has 6%. The two Democrats challenging Newsom have even fallen behind Republican John Cox, who was at 14% .

While one should never make too much out of one poll, these numbers reflect how many perceive this race. Villaraigosa’s name recognition boosted his early poll numbers but his lackluster campaign has failed to excite voters.

Had Villaraigosa succeeded after becoming Los Angeles’s first Latino mayor of the modern era in 2005, he would have easily won this governor’s race. But his mayoralty ran aground over issues both personal and political. This wrecked his chances to become modern California’s first Latino Governor.

Chiang’s campaign has never got off the ground. Some progressives initially saw Chiang as offering a left alternative to Newsom, but the former State Controller does not seem ready for prime time.

Newsom was always the favorite. But even his strongest backers had to assume he would face a tougher race.

There is an interesting parallel between the seemingly very different Lieutenant Governor Gavin Newsom and Governor Jerry Brown. Recent stories about Brown’s career noted the positive impact of his wife, Ann Gust. One suggested Brown might have become president had he connected with Gust earlier.

Similarly, Newsom has unquestionably become more disciplined, focused and centered since marrying Jeniffer Siebel Newsom in 2008. And it has helped him in this governor’s race. Newsom has taken bold positions on building new housing and other issues, and California voters in the age of Trump particularly appreciate progressive boldness.

In the absence of a competitive Governor’s race, what can get young people and other infrequent voters to the polls?

Prop 13 passed in a June election, as did many other measures that have drained public resources. June measures were more likely to promote conservative turnout, so its good this electoral strategy is gone.

The drama has been taken out of other state races due to the law that makes the November election a runoff between the top two candidates, rather than the top Democrat and Republican. For example, what would have been a hotly contested Democratic primary for Attorney General between incumbent Xavier Becerra and current Insurance Commissioner Dave Jones will simply be repeated for real in November (I’ve been surprised to see how many progressives feel no obligation to elect progressive Latinos to state offices despite the state’s entire move to the left coming from rising Latino voter turnout).

The other problem for June is that local races are not much boosting turnout. BeyondChron.org readers typically care a lot about local politics. I know that San Francisco activists are deeply immersed in the June mayor’s race, which many see as shaping the city’s future.

But I’ve seen polling numbers that show that a lot of San Francisco voters, particularly young people, are not fired up and ready to go to the polls in June.

Much of this lack of local political interest reflects a broader shift toward focusing on national politics. San Franciscans are far more concerned about Donald Trump and the Republican Congress than they are about the goings on at City Hall.

This national focus is understandable. But it means that San Franciscans will not be in long polling lines this June as will occur in November. The city’s electorate will against be disproportionately older and whiter homeowners whose values reflect this status.

The same prioritization of national over local extends to the East Bay’s D15 Assembly race.

In my February 13 article on the highly competitive contest, I noted “there are a lot of D15 voters who do not pay much attention to local politics.” I have no doubt that UC Berkeley students will turn out in large numbers in November, but school is out in June. As in San Francisco, the June electorate in Berkeley, Oakland, Richmond, and El Cerrito will be far more weighted to older, white homeowners than to young renters of color.

In last week’s Illinois primary, with hotly contested primaries for Governor in both parties, voter turnout for those between 18-24 years of age was 3%.

That is not a typo. It was 3%. Here’s a good article that explains why. Many of the reasons also apply to what is likely to be a low turnout of young voters in California.

That’s why many candidates see California Election Day as May 5, not June 5 when actual polling places open. May 5 is the start of absentee voting.

The older voters who will decide local races overwhelmingly vote absentee. Most expect absentee voters in June to outnumber day of election voters, changing the traditional approach to get out the vote campaigns.

Randy Shaw is Editor of Beyond Chron. Out this fall from UC Press is his new book on the urban housing crisis, Generation Priced Out.