New Threats to Patient Safety at the VHA 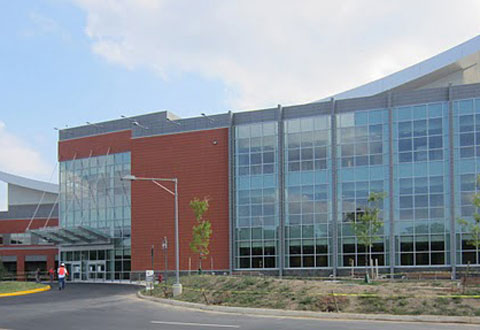 Ever since a physician at the Phoenix VA Health Care System reported that Veterans Health Administration (VHA) administrators had been gaming data on wait times for patient appointments, VA whistleblowers have been embraced on Capitol Hill. There may be disagreement in Washington about the future of the VHA, but there is bi-partisan agreement that VHA employees should be supported and rewarded when they act to protect their patients.

Unfortunately, not enough legislators and veterans advocates understand that acting to create real patient safety involves far more than being a traditional whistleblower, which, as Webster’s dictionary explains, is “one who reveals something covert or who informs against another.” Or as the Federal Whistleblower Protection Act defines it, involves reporting a “violation of a law, rule or regulation; gross mismanagement; gross waste of funds; an abuse of authority; or a substantial and specific danger to public health or safety.”

As an extensive literature on patient safety documents, patient safety depends not primarily on the acts of heroic whistleblowers, but on the creation of a workplace environment where you don’t have to be a hero to voice concerns or criticisms, share insights, and make suggestions for change on a daily basis.

To create this kind of workplace safety, mid-level managers, executive leadership at the C suite level, as well as higher ups on the health care ladder, like physicians, must solicit this kind of input from staff – particularly from those at the bottom of the hierarchy.  Most importantly they must welcome and reward anyone – no matter their rank — who constructively challenges their so-called “superiors” and address their concerns in an equally constructive manner.  If managers, physicians, or other health system higher ups view such actions as “insubordination,” no one will speak up to protect patients.

Unfortunately, the “C suite” at the Veterans Health Administration – i.e. Congress and the Trump Administration – emboldened by the conservative media and the Koch Brothers funded Concerned Veterans of America (CVA), are doing precisely the opposite of everything patient safety experts advice. Over the past month and a half, the attack on VA unions and attempts to deny workplace fairness to VA employees that began under Congressman Jeff Miller (R. FLA), when he was Chairman of the House Veterans Affairs Committee, has dramatically escalated.  Miller, who did not stand for reelection, was replaced by physician Phil Roe (R-Tenn).  As an obstetrician/gynecologist, Roe should be familiar with the patient safety literature. Yet on February 28th Roe, took direct aim at unionized employees like those represented by the American Federation of Government Employees (AFGE) and introduced a bill that would make it easier to fire VA employees.

This act was part of the larger conservative attempt to entirely strip union-represented VHA employees of due process protections and make them what’s known, as “employees at will.” That means they would be subject to dismissal without just cause, or any opportunity to rebut management allegations against them in any kind of fair hearing.

In early January, Republicans advanced this agenda by resurrecting an archaic legislative tool known as the “Holman rule” that was enacted in 1867.   The rule is a budget appropriations device that allows Congress to single out any individual federal employee or program for de-funding, even if the overall agency funding remains intact.  Because it completely politicizes the process of hiring and firing, the act was rescinded in 1983.  Now, thanks to Congressman Morgan Griffith (R-VA), any member of Congress can effectively launch a surgical strike against any federal employee they dislike without any due process. AFGE President J. David Cox Sr., a former VHA nurse, explained in a press release that, “Reviving this rule means lawmakers will be able to vote to cut the pay and jobs of individual workers or groups of workers without getting input from the agencies where these employees work.”

In another move to silence VA employees reported in the Washington Examiner on Feb. 23, the Trump administration said it wants to stop VA staff members from voicing on-line criticism even when they’re not at work.  The VA’s Office of General Counsel said employees could continue to use social media during their off-duty hours.   White House spokesman Sean Spicer, however,  insisted that employees who disagree with Trump policies are insubordinate and should cease and desist in their on line critiques.  The article also quoted Pete Hegseth, a Trump supporter and former CEO of Concerned Veterans for America, who said that federal employee protest demonstrates “the depth of the swamp” in Washington, D.C., and “the extent to which the civil service bureaucrats are entrenched in siding with the unions.”

Hegseth, who claims to be a veteran advocate, thus blithely ignores the connection between union protections and healthcare employee’s willingness to voice concerns about patient safety. Every year, more than 250,000 patients die, and another 1.5 million are injured because of preventable medical errors.  In the US, medical error is now the third leading cause of death. Many of these deaths and injuries occur in non-union hospitals and health care settings where employees know about potential safety problems but are too frightened or intimated to report them.  In others, they try to report problems with unsafe equipment, inadequate staffing, forced overtime, lack of sleep, among others, but no one would listen or if they did, retaliated against them.  Even in unionized healthcare settings, it’s difficult for employees to muster the courage to speak up to protect patients.  But patients are definitely safer in hospitals represented by unions like, for example the California Nurses Association, which also represents some VA nurses and which fought successfully for safe staffing levels in California hospitals.

In fact, one scientific study documented that in hospitals in California where registered nurses were in unions, patients had lower mortality from heart attacks than in non-union hospitals.  “The protections offered by unionization may encourage nurses to speak up in ways that improve patient outcomes but might be considered insubordinate and, hence, career-jeopardizing without union protections,” the authors of the study concluded.

To protect veterans, real veteran advocates are legitimately concerned about a minority of federal employees who have gamed the system or fail to perform well in their jobs. The majority of VHA employees are, however, devoted caregivers who work with millions of the nation’s most complex patients, often for far less than they could earn in the private sector.  To protect their patients, these employees need to be supported, not intimidated, and any efforts to silence them should be vociferously opposed.

Suzanne Gordon is a health care journalist.  Her latest book The Battle for Veterans’ Health Care: Dispatches from the Frontlines of Policy-Making and Patient Care  (Cornell Publishing)will be available   this April.