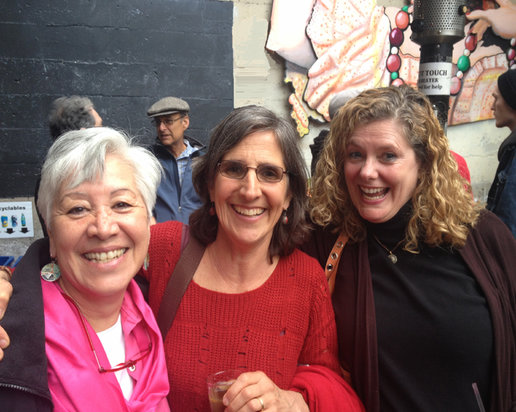 On Tuesday, May 19, members of United Educators of San Francisco (UESF) — the 6,000-member union representing San Francisco public-school teachers, teachers’ aides, librarians, social workers, and nurses — elected Lita Blanc as their new president. This was an upset victory over incumbent Dennis Kelly, who had served as the union’s president since 2003.

Blanc, a teacher at George Moscone Elementary School in the Mission District for the past 27 years, has been a long-time union activist, both in a leadership capacity and as a rank-and-filer. The UESF reform caucus was created 8 years ago, seeing a need to challenge UESF leaders on issues of democracy and representation.

Educators for a Democratic Union ran three races against the UESF leadership, winning positions of leadership, while consistently lobbying against erosion of working conditions and striving to advance the status and power of all members, especially classified employees.

Taking the example of the reform movement of the Chicago teachers’ union as a guide — where the union was revitalized both from below and from increased outreach to parents and the broader community — Blanc ran as part the Educators for a Democratic Union (EDU) slate.

The election, which witnessed a higher turnout than the one three years ago, was described as an “experience of democracy in action” by Lalo Gonzalez, a new young teachers’ aide at Balboa High School. Gonzalez and others criss-crossed the city to deliver their last-minute ballots. “We wanted to make sure that our ballots were counted,” he said.

“It truly made me believe in the grassroots movement,” wrote another teacher right after the election. “People who wouldn’t usually participate really believe that there needs to be a change.”

Another teacher was equally moved by the election results. ” I have hope again!” said Deirdre Elmansoumi, a librarian at Flynn Elementary. Yet another union member raised the bar even higher: “It’s time for San Francisco teachers to lead our school district toward a world-class model for public education.”

In an interview with Beyond Chron, Blanc said she is looking forward to “bring[ing] together the experience and wisdom of the current leadership with a vision of a reinvigorated union that puts membership empowerment and participation first and foremost.” She said she is hoping that the union will organize a fall conference to give members the tools necessary to fight for the resources their students need at school sites.

Outreach to parents is another top priority. “We are not going to wait three years for the next round of contract negotiations to connect with the parents of our students. Together we need to ensure that the new tax dollars coming from Sacramento go to guarantee the services that our children deserve: PE teachers, counselors, social workers, a teacher aide in every classroom.”

UESF must deepen the fight for affordable housing. Blanc said that the “union is fighting for the soul of our city — and that means not just securing mortgage assistance for educators but also protecting the two-thirds of city residents who are renters. These are the parents of our children and our young teachers, many with families, who cannot afford to live in the city. Both are being driven out of San Francisco by skyrocketing rents. ”

Blanc said that a priority must be vacancy control, an end to evictions, and the moratorium on market-housing development in the Mission proposed by Supervisor David Campos. “There is nothing more urgent than strengthening the parent-community coalition for affordable housing,” Blanc said.

“Standardized testing has narrowed the curriculum, robbing our children of the chance to explore music and art,” Blanc continued. “The move to computerized testing has resulted in the net transfer of million of dollars from SFUSD to tech companies and to the corporations that produce these tests.”