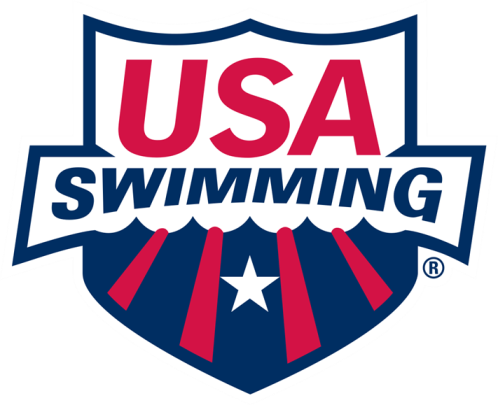 Last year I told Beyond Chron readers how the outrage of widespread and enabled coach sexual abuse of kids in “national sport governing bodies,” under the auspices of the U.S. Olympic Committee, was about to explode above ground at long last. (“Taekwondo Sexual Abuse Takes Olympic Sports Bodies into Human Trafficking and Class Action,” May 8, 2018.)

The process, which began with the implosion of USA Gymnastics, thanks to its molester doctor Larry Nassar, got a huge boost last week when California Governor Gavin Newsom signed into law a more relaxed set of deadlines for the filing of lawsuits against institutions by victims of sexual abuse. Adults who have claims dating from when they were minors now have a period of time past age 40 — not 26, as it was under the previous statute.

The group most in the crosshairs as a result is the 400,000 youth athlete-strong USA Swimming, which almost certainly has the lion’s share of legacy abuse cases that were swept under the deck awning.

Six years before Newsom approved Assembly Bill 218 into law, his predecessor Jerry Brown had vetoed a statute of limitations reform measure with similar provisions. The 2013 bill likewise had passed both houses of the state legislature despite heavy lobbying against it, principally by the Catholic Church and swimming. (Brown is an ex-seminarian.)

With this new statute of limitations regime, the floodgates have opened for numerous important new lawsuits against USA Swimming that previously were barred.

Last week’s news also brought at least the third recent major media hit on swimming’s global legal troubles, when the New York Times covered a new civil case that actually has nothing whatsoever to do with the nuances of statute of limitations. It is a lawsuit against the Stockton Swim Club, along with USA Swimming and its regional affiliate Pacific Swimming, in the wake of the criminal guilty plea of the club’s CEO and head coach, Shunichi Fujishima, in the abuse of a 12-year-old starting in 2017.

The Times adds to the depth of reporting by the Wall Street Journal on a federal grand jury investigation, in the Southern District of New York, of irregularities in swimming’s insurance practices: “The attorney general in California has also requested files from USA Swimming on at least a dozen coaches, according to USA Swimming emails reviewed by the Times.”

The likelihood that a major global reckoning is at hand for a generation’s legacy of abuse can be found in an offshoot of the grand jury investigation of USA Swimming. The offshoot is a major story of its own in Irish media but, as yet, not even a footnote in American coverage: the green card fate of 1984 and 1988 Irish Olympic swimming head coach George Gibney.

Gibney has been living in this country on a mysteriously attained diversity lottery visa since the mid-1990s, when he fled a trail of dozens of charges of rape and abuse of his youth swimmers. One set of allegations surrounds Gibney’s impregnation of a 17-year-old swimmer during a 1991 training trip in Florida. That victim attempted suicide and has been in and out of mental hospitals for decades. At least one other Gibney victim did kill herself.

Gibney arrived here not long after a controversial ruling by the Irish Supreme Court quashed his prosecution on the grounds that he could not get a fair trial, because some of the charges went too far back in time. But a 1998 government report on abuse throughout Irish swimming, the Murphy Inquiry, would conclude that Gibney’s particular accusers were “vindicated” by the evidence the police assembled against him. There have been several iterations of a subsequent campaign to pressure the Irish authorities to ask the U.S. to extradite Gibney for trial, on both the old charges and newly emerging ones.

In 2015 I sued the Department of Homeland Security under the Freedom of Information Act for Gibney’s immigration records. Two years later, in a settlement at the Ninth Circuit Court of Appeals, the government admitted that Gibney had been denied naturalized citizenship in 2010 after withholding from his application the known information of his criminal indictment in Ireland — yet he was still allowed to remain here. (He was last tracked to the Orlando, Florida, area.)

Government sources tell me that investigators in the human trafficking office of the U.S. attorney in New York, who are driving the grand jury probe of USA Swimming’s abuse cover-ups and insurance practices, this year started taking a fresh look at Gibney. These investigators are said to be focused on Gibney’s direct activities in the U.S. In the late 1990s, the former coach led a children’s medical mission to Peru on behalf of a Catholic parish in Colorado, at the same time that a Peruvian sect was securing its first foothold in the Archdiocese of Denver. Later this sect, Sodalitium Christiane Vitae (“Society of Christian Life”), would disavow its founder and other leaders, who were exposed for sexual abuse, kidnapping, and other crimes.

Irvin Muchnick is an independent journalist and book author. His website is http://ConcussionInc.net. Muchnick’s latest ebook, available on Amazon Kindle, is The George Gibney Chronicles: What the Hunt For the Most Notorious At-Large Sex Criminal in the History of Global Sports Has Told Us About the Sports Establishments and Governments on Two Continents.