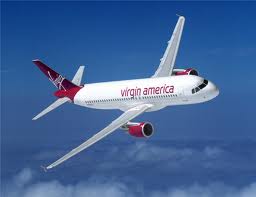 Recently I spent two weeks in Brooklyn, “America’s Favorite Borough.” Brooklyn is home, as is the Bay Area, to a strong local food movement, and while there I tried to do my part. I bought my apple sauce at the Grand Army Plaza Farmer’s Market, selected Brooklyn-made mozzarella and ricotta, and opted for any vegetable claiming to be from upstate New York. If I ate goat meat or pork I surely would have selected a tail-to-snout bistro.

But my efforts to be a locavore crashed and burned on the way home from Brooklyn to Berkeley on Virgin America. Despite my efforts to uphold my fair-trade, locavore ideology, during my transition from one progressive bubble to the next I found myself 30,000 feet in the air consuming international cuisine. I am not proud to admit it, but the food I ate on April 16 on the JFK-SFO 4:35 non-stop came from Thailand, India, Brazil, Viet Nam, Indonesia, Mexico. And, last but not least – Jordan. Yes, in my tiny, over priced box of airline food were products from all these countries. This is the sorry tale of that food.

Another Yogurt Lost to the TSA

It all started when I lost what was probably my 50th yogurt to the fine men and women of the Transportation Safety Agency. I had bought the yogurt – organic and no-fat – at my local Brooklyn bodega so I would have something healthy to eat on the flight. Alas, Stoneybrook Farms failed me by its selection of yogurt containers. You probably know what happened next.

As soon as I went through security and got the nod from the serious TSA agent, I realized what I had done. He dug through my bag and found the culprit. He tried to help me, studying the small print. “I think it’s 3.5 ounces” I ventured, thinking for a moment it could be true. It wasn’t to be. The offending yogurt containers held 6.5 ounces of organic yogurt from Vermont cows. Into the trash they went.

While I have ocasionally found healthy food in an airport terminal, not so in JFK Terminal 4. The closest I came was a vegetarian sandwich at Peets (which also had a yogurt parfait – with iffy looking granola and no sign it was anything but full fat). I opted for the sandwich, but two bites later (after I was on the plane) I knew I had made an error. Yes, there were some vegetables and a little bit of cheese in the concoction. But the main “food” was big fluffy pieces of white bread. I couldn’t eat it.

So what choice did I have? I was on Virgin America, after all – with meals that can be ordered right from your seat. I rejected “Hearty Meal” – it had beef salami slices and I don’t eat meat. “Texas BBQ Sandwich” was skipped for the same reason. The “Fruit and Cheese Selection” seemed too fattening, and while “Comfort Meal” had some promise, the description said “some items may vary” so I decided not to risk it.

That left me with “Protein Meal” and its innocent looking ingredients: sun dried tomato hummus, mixed nuts, tuna and whole wheat bagel chips, chocolate”. I slid my credit card, and the meal was delivered.

I don’t know what prompted me to look at where all the food were from, but look I did. Here’s what I found:

Fishers Deluxe Nut Blend: Cashews from India, Brazil, Vietnam and Indonesia. Pecans from the USA and Mexico. Distributed by a company in Illinois. (disclaimer: There were only about 10 nuts in the package.)

Athenos Baked Pita Chips: country of origin not stated, distributed by a company in Wisconsin.

Ocean Spray Dried Cranberries, made in the USA, distributed by a Massachusetts company.

Partners Artisan hors D’oeuvre Crackers (organic): made in the USA, distributed by a company in Washington State.

Toblerone Chocolate, made in Switzerland.
Instead of giving me energy, my Protein Meal depressed me. I understand it is a privilege to be able to chose to eat organic and local, to have the resources to reject the Peet’s sandwich, fly on an airplane, order a meal with a credit card. But isn’t that all the more reason to try to eat with intention? To make choices that do the least harm to the planet? (Don’t even ask about the wasteful packaging that went into my Protein Meal.)

But what if we do? What chance do our individual locavore efforts in Brooklyn, Berkeley and beyond have when stacked against the Virgin America Protein Meal?

I pictured all that food flying in from all over the world, touching down at distribution points in the United States, and somehow making its way to Seat 21C on the JFK-SFO non-stop. How much oil to fly those products around the world (yes, I know I was flying too – I vowed to carbon offset).

Next time I fly I’m bringing my own food. And not yogurt.