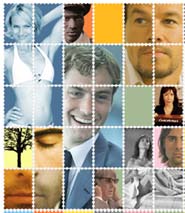 When “I Heart Huckabees” opens nationwide next weekend, I have no idea what to expect. Three months ago, I stood on line for an hour to see an audience preview and saw a movie that I loved, though I’m not sure I understood any of it. Hopefully, the final cut will be just as entertaining.

“Huckabees” is an ambitious mainstream movie by any account. Self-anointed as an “existential comedy”, “Huckabees” follows a gaggle of great actors playing lunatics lost in life, lost in themselves, and lost in each other. The movie’s journey follows two existential detectives, played brilliantly by Dustin Hoffman and Lily Tomlin in a pairing that seems as though it should have been inevitable, as they unravel life’s mysteries as seen through the travails of Jason Schwartzman’s slightly pathetic environmental activist/poet.

As the plot unfolds, or doubles on top of itself like phyllo dough, it becomes at once a searing critique of American culture and a self-indulgent director’s manifested weirdness. There are moments of brilliance-watching Naomi Watts’ Dawn as she disintegrates under the weight of her own beauty, exposing the cracks in her perfect suburban facade, is a performance worth watching in and of itself. Mark Wahlberg’s fire fighter Tommy Corn is also not just a great character but also another reminder the Mr. Wahlberg has come an incredibly long way since the Marky Mark days. But “Huckabees” is also an insightful look at America; at corporations, at worker mentalities and communities, as well as boardroom politics and the grassroots movements that oppose it all. The energy in the movie, manifested through the battle between Schwarzman’s bicycle and poetry and Jude Law’s impeccably suburban Brad Stand, is one that brings an almost too intense satirical edge to bear on a portrayal that is, ultimately, deadly in its stereotypical accuracy.

But the movie is no easy story. In its many convolutions, any one point remains difficult to discern. Instead, the movie is a series of large, even grandiose, assessments of human nature with no solid underlying plot-though this, the director might say, is exactly the point.

And, in fact, David Russell seems at times almost as opaque as his movie. Where his earlier work, most notably “Three Kings”, has also challenged Hollywood standards (in that case bringing a virulent criticism to the otherwise unquestioned Gulf War), “Huckabees” goes above and beyond Hollywood’s standard tolerance for abnormality. Russell’s reliance on philosophy (he also co-wrote the movie) as plot as film, combined with a reportedly challenging attitude as director, is a catalyst for mixed reactions. It’s the kind of equation that seems to engender the same sort of reaction to his films as something like “The Royal Tennenbaums”: you either love it or you hate it, but you’re never quite sure why.

Many of Mr. Russell’s points are not only well made but also well taken. Besides Mr. Wahlberg’s acting and Ms. Watts’ harsh indictment of our beauty standards, the movie brims with real insight. The messy love triangle between Tomlin and Hoffman’s detectives and their old mentor/stalker/curious-French-lady (played by Isabelle Huppert) might be one of the most honest depictions of life-long love of recent note. However, not all of his points are so clear. When “Huckabees” veers into race, with the presence of a tall, dark African man (Ger Duany), Mr. Russell is relying on a stale joke and a lame political point. Like Zach Braff in “Garden State”, and several other white directors recently, the insertion of a black man in their otherwise chalk-white celluloid world is supposed to be so jarring that it calls our acceptance of such whiteness in the first place into question. But instead of giving the character resonance, the director makes him, literally, a visual joke, and the intended critique risks being lost among the laughs. Ms. Watts’ performance is so powerful because an image we accept as static is subverted into something anomalous, and thus transgressive. There is no such transformation for our erstwhile African.

Whether or not audiences will like “Huckabees” is another question entirely. Russell has made an intellectual movie, and, to be quite honest, that’s not always what I go to the movies to see-especially when that intellect feels, at times, so forcibly opaque. But this is still a movie blessed with divine performances, moments of brilliant dialogue and some fantastic points about America. These are all great reasons to go to a movie. Most importantly, three months later, I remember almost the entire movie, though I’m not quite sure I understand any of it. That alone, for me, is a good enough reason to go again.