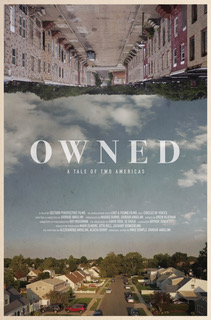 A couple of misconceptions need to be cleared up about the San Francisco DocFest
Centerpiece Film “Rodents Of Unusual Size.” Buttercup, Fezzik, and other beloved “The
Princess Bride” characters do not appear in a single minute of this film directed by Quinn
Costello, Chris Metzler, and Jeff Springer. The frequently heard term “nutria” does not refer to
an artificial sweetener. The truth is more colorful and entertaining.

Subject elderly fisherman Thomas Gonzales describes nutria as the offspring of a
German shepherd and a chihuahua. Imported from Argentina to Louisiana during the Great
Depression, these 20-pound swamp rats have become a menace to Gonzales and his fellow
residents of Delacroix Island.

The idea of selling these rodents’ pelts to the fur trade seemed a reasonable idea until
the 1970s and 1980s anti-fur campaigns succeeded. But without nutria fur hunters keeping the
rodents in check, the nutria’s quick breeding capacities caused its Louisiana population to
mushroom.

The bigger problem is that nutria are furry four-legged locusts. Their ability to chew
swamp vegetation down to the roots means the plants don’t grow back. Without plants to hold
the soil down, Gulf Coast waters wash away the dirt, and Louisiana’s shorelines recede.

Gonzales and his fellow island residents aren’t too keen on letting the home they’ve lived
on for generations get washed out from under them. Interviews with Gonzales show his
attitude isn’t a pose. He’s willing to shoot and trap nutria as their hunger endangers living on
the island he loves. The Louisiana state government’s nutria killing bounty program also
provides a wonderful monetary incentive.

The filmmakers show the urgency of nutria control has only increased in recent years.
A New Orleans Animal Control Officer notes that there are up to 300 nutria tunneling and
chomping away in a two-mile stretch of land he patrols. The rodents’ activities certainly do little
for the cause of public works’ structural integrity.

Other Louisiana residents have made their peace with accepting nutria as part of the
state. A custom-built bike uses a nutria motif. Some homeowners even treat these rodents as
pets.

Costello, Metzler, and Springer show by the end that a new ecological balance has been
struck between people such as Gonzales and the nutria. More radical People for the Ethical
Treatment of Animals types will be annoyed with the filmmakers for not condemning a nutria
skinning contest. But this writer felt by film’s end like a Dalek crying “Exterminate!”

The title refers to the location of Santa’s Workshop, one of America’s first family theme
parks. Situated in New York State’s Adirondack Mountains, the idea for the park began as an
impromptu story about a bear discovering Santa Claus’ summer home. Businessman Julian
Reiss decided to turn the tale into reality with the help of former Disney Studios artist Arto
Monaco. The artist brought his unique visual twist to everything from the reindeer designs to
the look of the park’s buildings.

Santa’s Workshop appeared at a time when Americans took to the road to discover the
country’s wonders. The slogan “See the USA in your Chevrolet” aptly summed up that feeling.
Reiss’ conception of the Workshop as a place “accidentally” found while families traveled
through the Adirondacks meshed so well with this spirit that it became a roaring success. Other
theme parks soon sprang up across the country.

Park historian (and Workshop performer) Julie “Jingles” Robard guides viewers through
the history of the park. A memorabilia collection includes snow globes, buttons, and vintage
Viewmaster reels. Images on the reels show park activities from decades ago have not much
changed from their current iteration.

But it’s actually seeing children interact with the Santa’s Workshop offerings that show
the appeal of the park to those in touch with their inner child. The park encourages young (and
young at heart) visitors to play make-believe in this village where Santa Claus makes all his
toys. Particularly heartwarming is watching some kids’ eyes go big and round while talking to
Tannenbaum the Talking Tree.

Yet the same virtues that make Santa’s Workshop so special also make its survival into
the 21st century an ongoing puzzle. Being in a place bypassed by both planes and a major
highway seriously decreases the flow of new visitors to the Workshop’s magic. Current owner
of the park Doug Waterbury also loves what Santa’s Workshop represents, but there seems an
unspoken sense that the park’s a money loser.

Yet if the economic practicalities of keeping Santa’s Workshop open remain unclear, the
emotional investment of nearby Wilmington’s inhabitants in the park is never in doubt. The
film’s strongest moment comes when criminal vampire embezzler Greg Cunningham tries to buy
the park to drain its bank accounts. Wilmington’s residents, already aware of the other theme
parks which had closed in the Adirondacks, not only supported the Reiss family’s fight to see
Cunningham prosecuted but volunteered their labor and services to ensure the park would
eventually re-open.

Santa’s Workshop may lack the high-tech dazzle of more modern amusement parks.
But digital technology has not yet been able to duplicate the analog virtues of civic pride or
helping out a good neighbor.

Among America’s sociopolitical sacred cows, home ownership ranks high on the list.
Giorgio Angelini’s documentary “Owned: A Tale Of Two Americas” butchers that cow to create a
month’s worth of steak dinners.

Over the decades, home ownership has been repeatedly trotted forth on the political
stage by politicians of all stripes as the vehicle for growing America’s middle class. Angelini’s
film shows that behind this curtain of gaudy optimism lies social control, racism, and financial
deception. TV show and commercial snippets get compiled in a way that turns their tone of
artificial optimism into colorful pop-cultural vomit.

Consumer choice, regularly touted as an American virtue, comes across in Angelini’s
film as a form of social control. Levittown founder William Levitt’s comment that an American
homeowner couldn’t become a Communist because there was “too much to do” loses its
innocuousness when one thinks of the long-term commitment of time needed to fight for social
change. One can fight for social change or to keep a house regularly looking neat, but not both.
Add to the problem the cornucopia of consumer choices, from vacuum cleaners to washing
machines, to meet the house’s needs. The end result is the tying up of brainspace which could
have been devoted to giving plutocrats heartburn and worse.

By contrast, systemic racism in housing opportunities re-affirms the Animal Farm
statement that “All animals are equal. But some animals are more equal than others.” The GI
Bill provided federal subsidies which allowed World War II veterans to gain a foothold on home
ownership. Angelini’s film points out that what’s much less mentioned is black war veterans
were excluded from accessing the GI Bill’s home ownership rewards.

Denial of GI Bill housing benefits would not be the only way American governments
would exacerbate housing inequality. FHA and VHA loans usually went towards subsidizing
suburban (i.e. whites only) development. As New York Times investigative reporter Nikole
Hannah-Jones notes, denying access to money which could grow homes and businesses
because of the loan applicant’s zip code (aka redlining) began as a federal government practice.

Needless to say, deliberately starving capital from black areas is not a recipe for
ensuring thriving black communities. The reasons for the willful burning of stores and homes in
Baltimore’s black neighborhoods may be a mystery to suburbanites such as retired cop Jimmy
Silvestri. But as footage of Baltimore housing rows with boarded up windows or damaged
facades shows, what did the residents of those areas have to lose? Poetic justice made
Baltimore the perfect spot for this visible uprising against the verdict freeing the cops who killed
Freddie Gray. Baltimore implemented racially-based zoning.

The galling part of “Owned” is realizing just how much American housing inequality
comes down to deliberate effectively discriminatory choices by decision-makers.
Communist-bashing Levitt unsurprisingly barred blacks from moving into Levittown. By contrast,
the Mar Vista, California suburban community was built the same year as Levittown. Architect
Gregory Ain designed this park-like community of unique homes to be interracial. Maybe that
aspect of Mar Vista as well as Ain’s own socialist leanings explains why he had difficulty
obtaining financing for the project.

Speaking of money, Angelini shows his film’s title also refers to the frequently peddled
scam claiming that owning homes is a pathway to wealth. Valuation of homes is tied to the
Greater Fool Theory of capitalism. This theory holds that the value of an object depends on
finding a fool willing to pay more than you did for that object. House-flipping works precisely on
that principle. The trouble with this practice is what happens when you run out of greater fools
to sell to. The McMansion with an okay view doesn’t seem all that desirable when the
insufficient taxes generated by the house won’t be enough to pay for infrastructure upkeep.

A vintage film clip chirpily claiming the American home of 1999 would require little to no
maintenance will definitely spur audience laughter. It’s one of those moments that keep
“Owned” from falling into dry theory. But behind the laughter lies a sobering truth in Angelini’s
film. Racially-biased access to housing has become the 20th and 21st century version of
America’s original sin of slavery. Isn’t it way past time to devise a more racially equitable
housing policy?

(“Owned: A Tale Of Two Americas” screens at 9:30 PM on June 13, 2018 at the Roxie Theater
(3117-16th Street, SF). “Rodents Of Unusual Size” is an ITVS (Independent Television Service)
production. For further information about the films and to order advance tickets, go to
www.sfindie.com .)