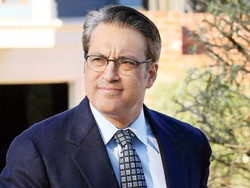 Ross Mirkarimi’s plan to fight his ouster at the Board of Supervisors puts a new burden on progressive Supervisors running in tough races this fall. If Supervisors John Avalos, Eric Mar and Christina Olague vote to affirm Mirkarimi’s ouster, they risk alienating those progressives who still mistakenly see the former District Five Supervisor as a key leader of the city’s left. But voting to keep Mirkarimi in office could easily spell defeat for Mar in his moderate district, and could have a similar impact on Avalos. Olague’s district includes progressives that have turned against Mirkarimi in recent months, as well as former supporters. For all three supervisors, having to vote on Mirkarimi is a “lose-lose” situation – raising questions as to whether someone really dedicated to building a progressive movement would put their political allies in such a bind.

I was out of email, Internet, phone, newspaper, radio and any other communication for nearly two weeks, and when I first regained contacted with the outside world I learned that Mayor Lee had suspended Ross Mirkarimi. I do not regret missing the drama that preceded what I have described as the ongoing Mirkarimi distraction, but I am concerned about the suspended Sheriff’s plan to put progressive supervisors at risk by forcing a Board vote on his future.

Let’s be clear about Ross Mirkarimi’s history as a Supervisor: he consistently voted with fellow progressives, and sponsored some important legislation such as the restrictions on plastic bags.

But to paraphrase Chris Daly’s frequent public critique of Mirkarimi, he never did the “heavy lifting” for the city’s progressive movement. After spending four years working alongside Matt Gonzalez, Daly never established a close working relationship with Mirkarimi when he replaced Gonzalez in 2005.

Daly instead turned to Aaron Peskin to help him get the difficult things done, and the two accomplished a lot for progressive interests prior to Peskin leaving the Board at the end of 2008. If there was a single tough issue that Mirkarimi took the lead on during this period, it’s news to me.

That’s a major reason why Mirkarimi’s sheriff candidacy caused no concern among downtown interests, and why the notion that his victory had any relevance for other progressives running citywide has always been a fantasy. Mirkarimi passed on running for mayor both in 2007 and 2011, and if he were the progressive icon a few make him out to be, he rather than John Avalos would have been the left’s standard-bearer last year.

As is obvious likely even to Mirkarimi at this point, the elected Sheriff should have resolved the domestic violence charges right at the outset. But as the old Animals song puts it, “It’s my life and I’ll do what I want.” Mirkarimi decided to fight the charges until the eve of trial.

But now that Mirkarimi’s fight impacts other progressive supervisors, he is putting others at risk for his own mistakes. I certainly understand why he’s fighting to keep his job, but let’s not make believe it has anything to do with helping the broader progressive movement.

Eric Mar faces a tough re-election fight without having to risk losing voters over having to decide Mirkarimi’s fate. I would go as far as to argue that his voting for Mirkarimi will guarantee Mar’s defeat in November.

John Avalos is not as vulnerable as Mar, but he is vulnerable enough that his vote for Mirkarimi could well cost him his seat. Do progressives really want to risk losing Avalos so that Ross Mirkarimi can continue as sheriff until time passes allowing an almost inevitable recall?

Christina Olague may be placed in the most difficult position, as Mirkarimi is her predecessor in District Five. A lifelong feminist, Olague has already come under attack from the Bay Guardian for not meeting the peculiar litmus tests they come up with for females of color elected officials.

I have not spoken to Olague about the situation, but I know from years working with her that she will do what she believes best advances social justice regardless of the political consequences. Nevertheless, however she votes on Mirkarimi will cost Olague some votes.

Supervisor David Campos is also up for re-election, but his re-election is virtually certain.

Given that Mirkarimi never stuck his neck out for his fellow progressives on the Board as a colleague, progressive Supervisors should not hesitate to put the movement’s interests ahead of the ousted sheriff’s should a vote on Mirkarimi’s future occur.