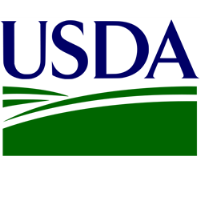 A recent report from the California Senate Office of Oversight and Outcomes (SOOO) revealed that eight school districts statewide, including SFUSD, had violated federal regulations by spending money intended for school meal programs on other district expenses. SFUSD’s infraction was so minor that the report provides no details. While Los Angeles Unified was charged with misspending $158 million in school meal funds, in SF the disputed amount was just $369,000, according to the SF Chronicle.

Although the report quotes Richard Zeiger, chief deputy state superintendent of public instruction, as saying “From my point of view, they are literally taking food out of the mouths of kids”, that comment is clearly directed at the more flagrant violators, like LAUSD.

Despite the fact that the SFUSD cafeteria fund was charged more than its fair share of trash and pest control expenses, the district has also transferred additional money into the cafeteria fund from the general fund; last year the cafeteria fund received about $2 million in general fund monies to help cover their budget shortfall. So, even if there was a 5 or 6 figure improper charge for utilities, it was more than offset by a 7 figure district contribution. No food was taken out of the mouths of children here.

The title of the report, “Food Fight: Small team of state examiners no match for schools that divert student meal funds” emphasizes the fact that there are not enough state inspectors to ensure the USDA-required review of each school meal program every five years. “The department has fewer than 60 field examiners to monitor nearly 3,000 school districts and other agencies that serve meals,” the report says. “It has not completed all of the reviews required in any single year since 2001.” In other words, for more than a decade the California Department of Education has been violating USDA regulations.

When the CDE reviewed the San Francisco Unified School District’s school meal program in 2008-09, and found violations, the state withheld all school meal funding for most of a year, until the violations were corrected. This state review was not mentioned in the recent SOOO report, which included SFUSD only because of a trivial accounting error.

Among the violations from 2009: at the end of the lunch line, students are supposed to have their meals recorded as being “free”, “reduced”, or “paid”. Each category brings a different level of federal payment. However, some impatient and hungry young SF students were observed by state monitors pushing past the checkpoint without having their meal recorded. Bingo – violation!

If SF elementary school cafeterias could afford more than one lone employee, there could be two lines, to get the kids through faster, but alas, the school meal program is understaffed, due to lack of funding.

This very excuse was used by the CDE to explain why it could not follow USDA regulations, but for SFUSD, it was not an “acceptable” excuse. So how come the CDE gets a pass on its failure to follow the rules, and SFUSD doesn’t?

The SOOO report recommends, among other things, that the CDE “request sufficient federal funding to enable the unit to aggressively carry out its responsibilities.” With new regulations within the Healthy Hunger Free Kids Act mandating state review of school meal programs be performed every three years, instead of every five years, it won’t be long before the CDE inspectors return to SFUSD. Impatient and hungry children will likely still be trying to push past the payment station at the end of the lunch line, because continued underfunding by Congress of meal programs in high cost of living areas like SF means that understaffing continues in our school cafeterias.

Wouldn’t it be nice if, at the same time that they are requesting more money to beef up staffing within their own department, the CDE also requested additional federal funding to allow school districts like SFUSD to be able to aggressively carry out their responsibilities to feed kids healthy and nutritious food?