Why Mid-Market and Tenderloin Progress Stalled 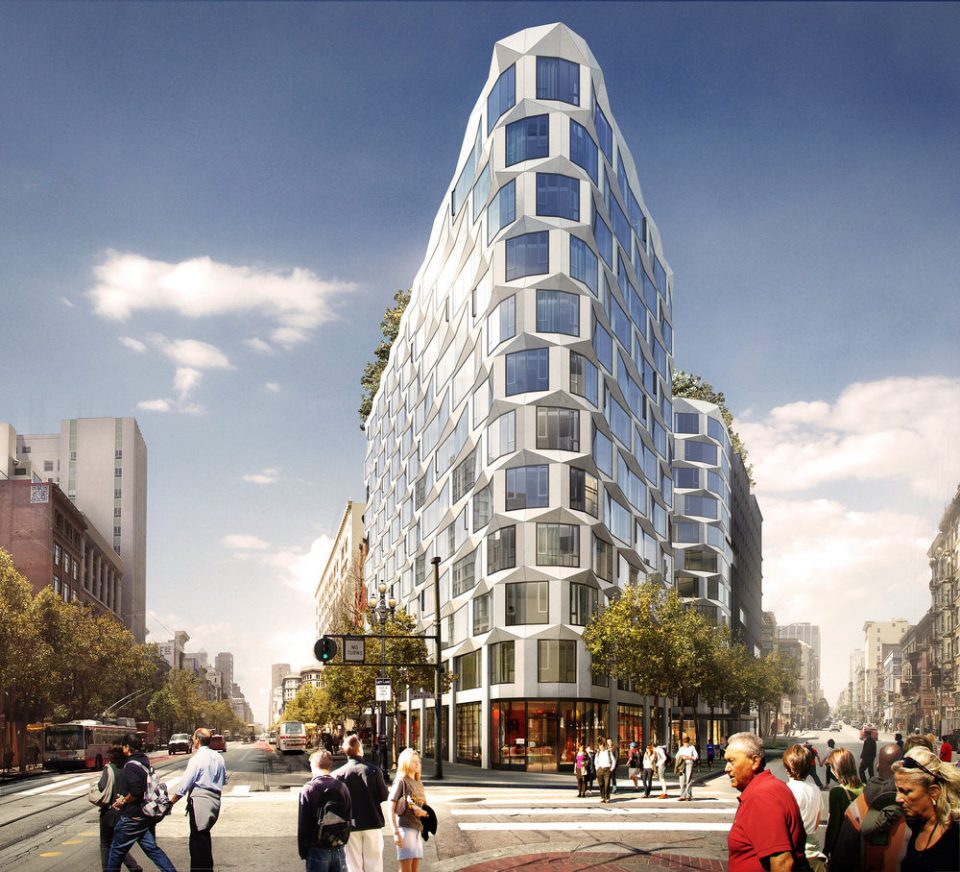 I predicted in a January 5, 2017 article that San Francisco’s Tenderloin neighborhood would take “major steps toward revitalization” in 2017. I was wrong. I was also wrong about anticipated progress for portions of Mid-Market bordering the Tenderloin.

It’s no mystery why: skyrocketing construction costs forced entitled projects to be redesigned rather than built.

As a result, there was no groundbreaking on any of the three major Tenderloin projects bordering Mid-Market. The Tidewater project at 1028 Market (the former site of The Hall) now hopes to break ground in April 2018. Preliminary work has begun on the Shorenstein site at Golden Gate and Jones, and the scaffold surrounding the property is expected to go up this week. Group I’s hotel and condo project at 950 Market should commence in early 2018.

All three were anticipated to be underway by now. But when developers get a set of cost estimates that double by the time of approval, construction gets delayed.

Particularly disappointing is that construction did not begin to convert the former post office site at 101 Hyde into a public market. The kitchen incubator  La Cocina assembled a great architecture and design team for the space, and they came up with a tremendous design.

But rising construction costs are not limited to new construction. As I learned with our construction of the Tenderloin Museum, even renovating interior spaces now costs far more than projections made even a year earlier.

In 2016, we all thought the 101 Hyde space could be ready to go for $2 million. That turned out to be only half of the actual, bid cost of La Cocina’s plans.  La Cocina has scaled down its plans to under $3 million, which in the big picture is a small price for a transformative project bringing healthy, affordable food to the Tenderloin. But such investment requires longer than the originally planned five year lease, and mayoral approval was required to extend the project.

Unfortunately, Mayor Lee died only days before a meeting for him to approve this extension.  As a huge backer of the Tenderloin and particularly of incubator food spaces, Lee’s support for the project was assured.

But it did not happen in time. I am sure whoever is selected acting mayor will back the project but it’s unlikely any decision can be made until the acting mayor process is resolved after January 9. This would push the opening of the project back to next summer at the earliest.

Also unexpected was the continued vacancy at the now completed Mid-Market 6 x 6 mall. As we reported in August, “Mid-Market’s Empty Shopping Center,” there is a very promising new plan for the site that should get some floors occupied in 2018. But a project that was expected to boost Mid-Market and Tenderloin foot traffic did not do so in 2017.

I thought that the Tenderloin would have two-way streets and dramatically more streetlights in 2017. Little could I imagine how slow these public processes could go. But both will be completed by the end of summer 2018.

So my positive predictions for the Tenderloin and Mid-Market for 2017 have been pushed back to 2018. Even with these setbacks TNDC’s long delayed Eddy/Taylor project started construction and The Proper Hotel opened. A number of quality new restaurants opened in the Tenderloin, and that part of the neighborhood’s economy continues to thrive.

When the south side of the Tenderloin is a construction zone by this summer, some may yearn for the quiet days of 2017.

(For the rest of our year in review, see SF Politics 2017: The Year in Review)