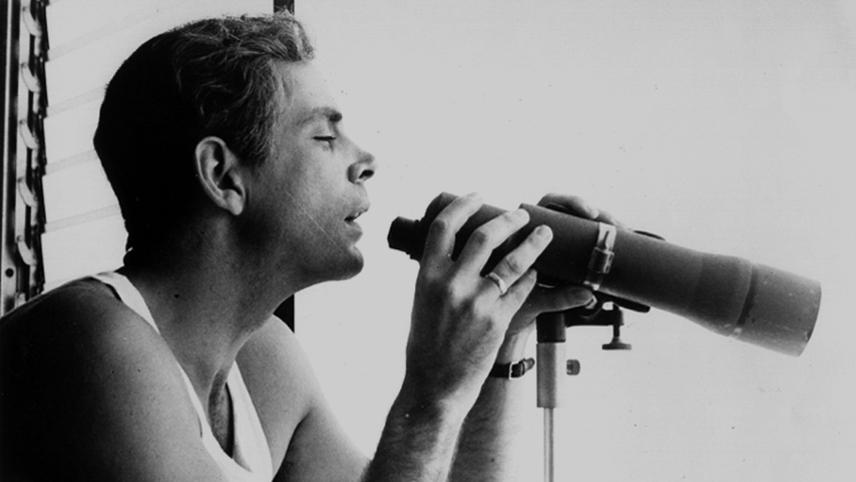 The Bay Area theatrical premiere of Tomas Gutierrez Alea’s classic of Cuban cinema “Memories of Underdevelopment” makes a very opportune arrival.  Admittedly, in the fifty years since Alea’s film was completed in 1968, various Bay Area venues have screened the film.  But the Pacific Film Archive (PFA) screenings of “Memories of Underdevelopment” is not a “blink once and you’ll miss it” screening of an incredibly worn print.  Instead, this week marks the second of three weekly PFA screenings of a 50th anniversary 4K digital restoration of Alea’s film.  Even with its retrograde sexual politics, there are good reasons to see this amazing mix of documentary, drama, and polemic.

“Memories of Underdevelopment” was a production of ICAIC, the Cuban Institute of Art and Film Industry.  The birth of this national film institution occurred literally a few short months after the unlamented (in these quarters) fall of the Batista dictatorship.  Yet aside from Newsreel’s distribution of Santiago Alvarez’ amazing documentary shorts, much of ICAIC’s astonishing output would be rarely seen for years in the U.S.  “Memories of Underdevelopment” would become the cinematic calling card of modern Cuban cinema.

The film is based on the Edmundo Desnoes semi-autobiographical novel “Inconsolable Memories.”  Sergio (Sergio Corrieri), the Desnoes stand-in, begins the film witnessing his friends and family become part of the Cuban bourgeoisie exodus to Miami.  He declines to join the rush and chooses to stay in his well-appointed Havana apartment.  Ostensibly, Desnoes’ protagonist aims to write a book about life in post-Revolution Cuba.  But parking himself in front of a typewriter seems less important than starting or ending affairs with such young women as Elena (Daisy Granados).  Tensions sparked by the Cuban Missile Crisis forces Sergio to eventually face the truth about his situation.

What makes Alea’s film timeless is its portrait of a Third World country trying to transition away from its economic and cultural colonial past.  Documentary footage of police repression and mention of the burning of a Tiffany’s-like department store illustrate the legacy that the Cubans want to leave behind.  Yet the way forward is not clear.  Do the Cubans abandon older but familiar tools such as panel discussions, or try to build new political tools from scratch?  For that matter, do Alea’s close ups of ordinary Cubans’ faces show they possess the capacity to make a revolutionary societal transition?

Yet the film reveals Sergio to be unreliable as a neutral observer.  His disdain for fellow bourgeoisie doesn’t extend to abandoning the privileges or attitudes that comes with his social class.  The innocuous word “underdevelopment” turns out to be Sergio’s euphemism for the contempt he holds for lower class Cubans.  Besides youth and beauty, Elena’s interest to Sergio is as someone who might be molded to share his appreciation of current European art and culture.  When his attempts at cultural uplift don’t take with Elena, Sergio loses interest in her.  Even his writing ambitions are that of the dilettante.  An alleged lack of time prevented Sergio from trying writing before.

Current attitudes would brand Sergio’s feelings about the women in his life as period sexist.  Sexual desirability and emotional pliancy seem to be his main criteria for being interested in a woman.  Housekeeper Noemi’s failure to wear sufficient makeup for Sergio’s taste makes her semi-invisible despite her model-like figure.  Ex-wife Laura’s treating Sergio’s gratuitous recording of their supposedly intimate conversations as a deal-breaking moment seem to him unreasonable.  A viewer may semi-sympathize with Sergio’s fighting Elena’s false rape accusation.  But that sympathy dries up quickly given the age and social power difference between the 38-year-old Sergio and the 16-year-old Elena as well as the film’s playing to the “women lying about being raped” stereotype.

So if Sergio’s observations need to be taken with noticeable skepticism, what impressions can be gleaned about this anti-hero?  Sergio is well aware that fleeing to Miami means setting himself up for living as low a social lifestyle as America’s blacks.  There are scenes of the protagonist’s watching news footage of white cops putting down black Civil Rights protesters that suggests he prefers being the proverbial big fish in the small pond of post-Revolutionary Cuba.  His self-involvement also makes him blind to how his lifestyle rests on free-riding off his countrymen’s revolutionary work.  Unsurprisingly, Sergio turns out to be a rentier.

Speaking of privilege and class are not irrelevant tangents in discussing “Memories of Underdevelopment.”  Alea’s film is very deeply steeped in politics.  But the genius of the film lies in its showing how politics is intertwined with the act of living.

The most polemical example of this approach comes in the bravura sequence “The Truth Of The Group Is In The Murderer.”  This deconstruction of the leadership of the Bay of Pigs invading force strips away the lies of the usual freedom fighter rhetoric.  It denounces a system that allows individuals to escape culpability for allowing a torturer and murderer to thrive in the system’s ranks. But the sequence’s biggest sting comes with linking the torturer’s station to the existence of bourgeoisie such as Sergio.

Otherwise, Alea prefers to make his political points by metaphor.  The different fates of the luxury department store and Ernest Hemingway’s home in Cuba show that the Revolution values art over consumerism.

“Memories Of Underdevelopment” paints the Cuban Revolution as an ongoing work in progress.  Yet despite its imperfections and unfinished nature, it’s still something worth defending.  Sergio’s ultimate inability to understand that point ironically means that this self-styled observer’s own political awareness remains trapped in a state of underdevelopment

(“Memories Of Underdevelopment” screens at the Pacific Film Archive (2155 Center Street, Berkeley) on January 26, 2018 at 7 PM and February 3, 2018 at 5 PM.  To order advance tickets, go to https://bampfa.org/event/memories-underdevelopment-2 )