How the Media Promotes Failure 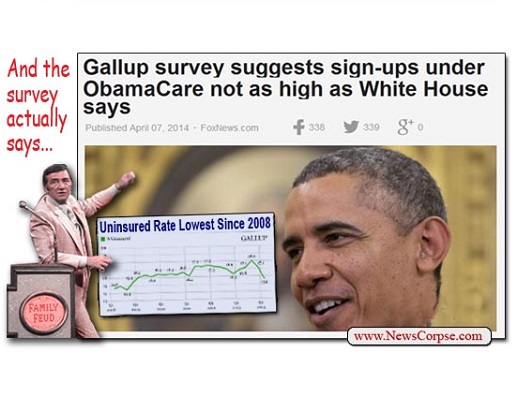 NY Times columnist Paul Krugman has observed (“Obamacare Fails to Fail,” July 14) that the media was far more interested in the Obamacare website snafu than in reporting on the program’s striking success. This is no isolated case. From new bridges to homeless programs, the American media emphasizes government failures, even when, as with Obamacare, the program’s success is the real story.

Unfortunately,  the media’s pattern of attacking public sector failures while ignoring successes  has made it much harder to win public support for investing in infrastructure or human services. The media promotes the anti-government cause at progressives’ expense.

Consider the media coverage of the new Oakland-San Francisco Bay Bridge. It is an engineering marvel. It is also far more beautiful than its predecessor, thanks in part to then Oakland Mayor Jerry Brown’s refusal to scrimp costs. The new bridge has dramatically improved commute views, includes bicycle and pedestrian access, and should be seen as a textbook case of government projects at their best.

Media coverage of the new bridge, however, has been relentlessly negative. Stories have focused on cost overruns, allegedly defective bolts, peeling paint, and a delayed opening. As with its obsession with the Obamacare website, the media was far more interested in criticizing the process than in promoting the outstanding result.

Stories on cost overruns at the Bay Bridge and other public projects are a media staple. They have kept the SF Chronicle’s Matier & Ross going for years. Yet far from reflecting a disorganized or inept government bureaucracy, such cost overruns are inevitable in a process where bidding must occur years before the job begins.

The media rarely includes that public policy reality when chastising public entities for cost overruns. That would shift the story from a tale of government ineptitude, and of an “out of control” public bidding process.

The media also promotes the alleged failure of government-funded homeless programs (other than between Thanksgiving and Christmas, in which such programs are extolled as part of media-backed holiday fund drives).

Since the mid-1980’s, the media’s chief message on San Francisco homelessness has been “how can we still have such a problem when we are spending X dollars per homeless person”? That the “homeless budget” figure includes people long housed is either ignored or barely mentioned. A failure-driven media is committed to proving that the government is spending lavishly on homelessness, but not making a difference.

When I was involved in the late 1990’s in conceiving San Francisco’s Master Leasing program for homeless single adults, we assumed based on past experience with this population that we could aim for a 75% retention rate. The numbers ended up reaching 90%, a remarkable success.

But the San Francisco Chronicle didn’t see it that way. Its August 4 2013 assessment of supportive housing found many positives, but ultimately concluded that “Once in the supportive housing system, only a trickle graduate and become self-supporting.”

As I described in my August 6 rebuttal, “SF Chronicle Downplays Supportive Housing’s Remarkable Success,” the media moved the goalposts to turn a public policy success into failure. A program designed to permanently get homeless people into permanent housing “failed” because most still lacked jobs and could not afford apartments. Had the population all gotten jobs, the media would likely then have required them to become homeowners as the measure of supportive housing’s “success.”

I detail in The Activist’s Handbook how negative media coverage of homelessness going back to the 1980’s has hampered efforts to increase federal housing funding. So long as the media promotes misleading per person spending figures while minimizing the federal funding decline, the public will think that more money is not the answer and that “problem individual behavior” is to blame.

Is Success Not “News”?

I’ve heard the media defend its focus on failure by saying that it not news when an airplane lands safely. But in the public policy realm, success or failure on new ideas often determines future government strategies.

So if the media were giving Obamacare’s success the attention it gave the website’s failure, there would likely be a clamor to expand coverage in states where Republican Governors are blocking it. And if people understood the success of projects like the Bay Bridge, there would likely be more public backing for transportation funding in the current Congressional debate.

Positive news about government initiatives builds public support for such programs. And by focusing on failures while ignoring successes, the media is working hand in hand with the conservative opponents of effective government.